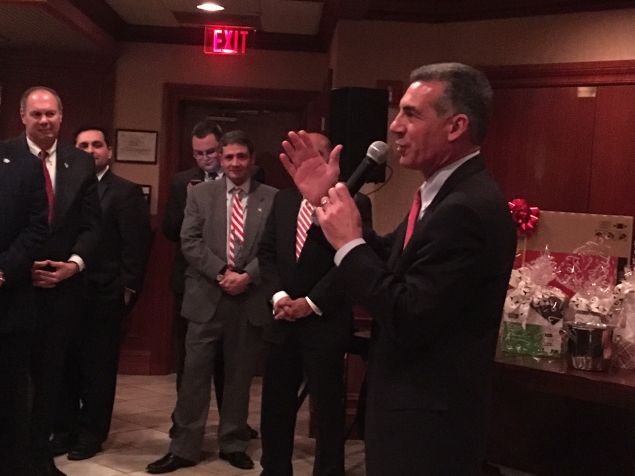 The battle between New Jersey Assemblyman Jack Ciattarelli and Lieutenant Governor Kim Guadagno began in earnest this week as Guadagno officially kicked off her campaign, and Ciattarelli is wasting no time disparaging his rival for her connection to outgoing governor Chris Christie. After months of anticipation, Guadagno officially announced her bid Tuesday.

On Wednesday, Ciattarelli compared what he called the “platitudes and generalities” of Guadagno’s messaging with his own five-point plan for the state’s economy. He also challenged the lieutenant governor to debates in all 21 New Jersey counties.

Pension reform would be the centerpiece of Ciattarelli’s plan. Funneling of money out of overfunded school districts and into underfunded districts would also be on the table.

“Kim has been the 2nd highest elected official in our state for more than seven years and, according to her, and has been exploring a run for Governor for months,” Ciattarelli said.  So it amazes me she had time to put together a slick video for her web site, but was unable or unwilling to put forth a plan for New Jersey’s future with any specifics or substance.  New Jerseyans deserve better.”

Guadagno emphasized her differences from Christie Tuesday, saying that she would not incur the governor’s same frequently criticized travel expenses and nix his $300 million plan to renovate the State House. She has also pledged to scale back government programs and change school funding practices to lower property taxes.

Ciattarelli, who was himself a frequent critic of Christie for his time out of state during his unsuccessful presidential bud and his time on the transition team of President-Elect Donald Trump, called for details from Guadagno.

“After seven years with her as second-in-command, we have the worst economic growth and highest property taxes in the country, the highest foreclosure rate in the country, and an analysis by the United Way this week that a staggering 37% of the states’ households live paycheck to paycheck due to New Jersey’s high cost of living and lack of economic opportunity.  We can’t afford to have more of the same.

“Yet, the best Kim can do is promise a ‘holistic strategy’ on property taxes, a hollow promise to reform school funding with no specifics, and insult voters’ intelligence by claiming ‘New Jersey’s economy has improved.’ If nothing else, this verifies the need for a new direction. It also verifies the need for a robust schedule of debates running throughout the primary campaign.”

Ciattarelli and Guadagno both face tough odds against Democrat, former Goldman Sachs executive and likely nominee Phil Murphy in Democratic-leaning New Jersey—particularly after the exit of a Republican governor with approval ratings sunk in the high teens.

Ciattarelli will be scaling back his in-person campaign appearances while he undergoes radiation treatment for cancer affecting his throat and tonsils, though he has said his prognosis is excellent. He said at a State House press conference last week that he expects to be back at full strength by February. 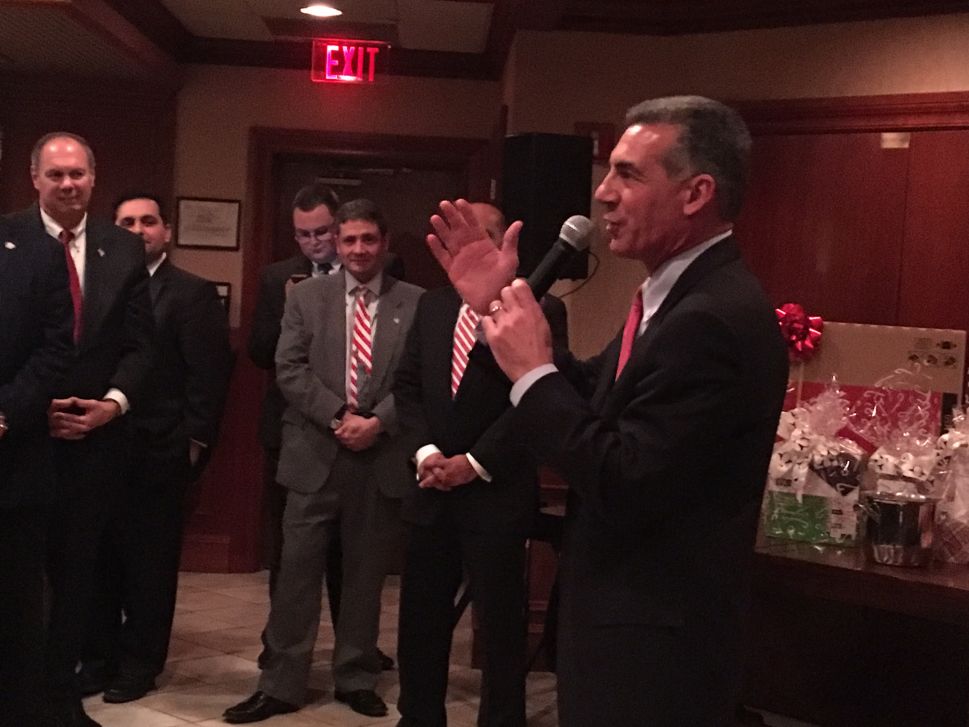