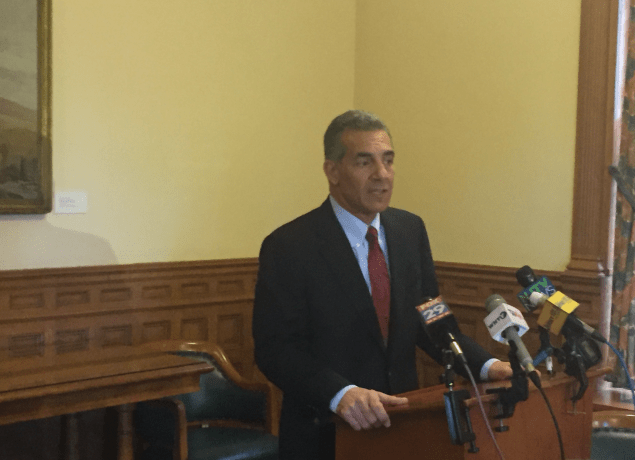 Assemblyman Jack Ciattarelli announcing Thursday that he will be “scaling back” but not suspending his gubernatorial campaign while he undergoes radiation treatment for oropharyngeal cancer. JT Aregood for Observer

TRENTON — One of the leading contenders on the Republican side of New Jersey’s 2017 gubernatorial election will be “scaling back” his campaign as he undergoes radiation treatment for cancer affecting his throat and tonsils. Speaking from the State House Thursday, Assemblyman Jack Ciattarelli said that he expects to make a full recovery but will be taking campaign appearances “day by day.”

Fundraising and other campaign activities will continue while he receives treatment.

Saying that he he noticed a lump in his neck shortly after announcing his campaign in October, Ciattarelli indicated a healed-over scar on his neck and detailed the treatments he has undergone—which have included the removal of cancerous tissue and lymph nodes in November and ongoing radiation treatment that will conclude on January 31.

“My intention was to power through these treatments without any impact on my campaign, but, as so many other New Jerseyans unfortunately know, cancer is a tough adversary,” he said.

“The good news is that my radiation oncologist Sung Kim, MD, Medical Doctor of Radiation Oncology at Robert Wood Johnson University Hospital in New Brunswick, my prognosis is excellent, and despite being forced to miss out on events later this month and early next, I expect to be getting back to full speed in the latter half of February.”

Ciattarelli and Lieutenant Governor Kim Guadagno are the two early frontrunners in the Republican primary that will determine who goes up against likely Democratic nominee and former Goldman Sachs executive Phil Murphy, who is favored to win the general election in a Democratic state where Republican governor Chris Christie’s poor approval ratings could hinder Republicans’ chances.

The Central Jersey has been a frequent critic of Christie for his long absences from the state during his presidential bid, and during his time on the transition team for president-elect Donald Trump.

Ciattarelli said that he had already shared the news with Guadagno, who has not officially announced her campaign despite increasingly frequent media appearances, the founding of a statewide fundraising PAC, and exhortations from county chairmen across the state.

“I just saw her in the hallways and said ‘I’ve got a four-month head start on you. You might be able to pick up some ground on me in the next month, but come February we’re both going to be out there pounding away.’ And we laughed over it.

“I’m convinced of this: There is nothing that can’t be cured today if it’s caught early enough,” he said. “And I’m living proof of it.” 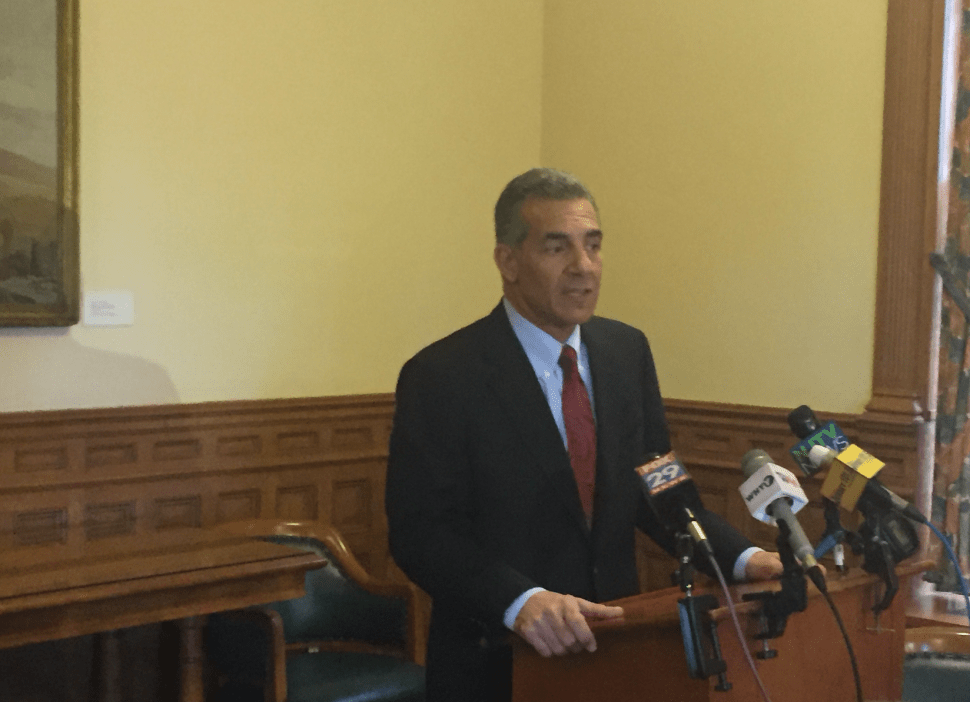