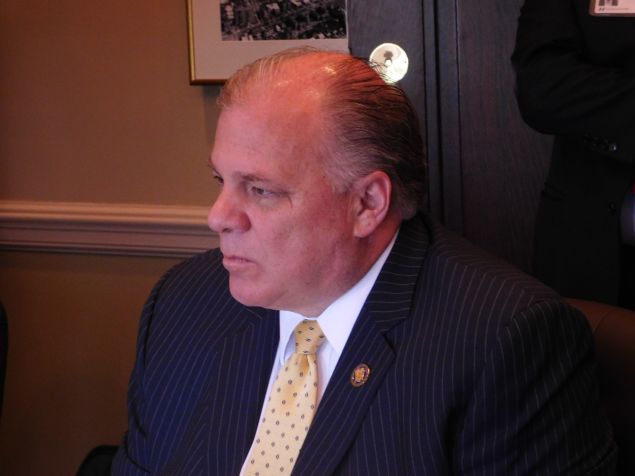 One of New Jersey’s top Democrats voiced his support Tuesday for an infrastructure investment bill that will see Democrats in Washington try to find common cause with newly sworn in president Donald Trump. The $20 billion program, which Republican majorities in congress are unlikely to support, could end up helping to pay for the Gateway Program to repair and replace rail lines and tunnels between New York and New Jersey.

Some of those structures are over 100 years old and were damaged in Hurricane Sandy. Trump has pledged to spend as much as $1 trillion on infrastructure, but has not presented a specific plan yet. Democrats estimate their own plan would create 15 million jobs.

“While I strongly disagree with most of the positions taken by Donald Trump during the campaign and in his first week as President, his advocacy for a national infrastructure plan that makes the vital investments in transportation would be good for the country and for New Jersey,” Sweeney said.

“We just did it here in New Jersey with bipartisan support and a national plan would magnify the positive impact for the state and the region. Republicans in Congress who have resisted this effort in the recent past should learn from us. It will address long-neglected transportation priorities at the same time it will fuel economic growth.”

A plan from two of Trump’s financial advisors would have the federal government offer $137 billion in tax credits to spur $1 trillion in private investment in infrastructure projects over the next 10 years. That could be a challenge, as private investors favor projects like tolls that bring in revenue.

Sweeney had pointed to infrastructure spending as an area where he supports Trump’s proposals at a press conference urging congressional Republicans not to repeal the Affordable Care Act on Monday.

“This is a priority we can all embrace,” he continued. “Nothing is more important to our economic future than increasing trans-Hudson commuter capacity, and the Gateway Project is critical to that goal.

“When we agree on policies that are right for the people of New Jersey we should shed any political restrictions and work together to get them done. Infrastructure investment is at the top of the list.”