My aspirations to date like the bachelorette were pathetic. My friend Joan tried to soothe my mood by texting me updates of my former fling, Coffee Matt, a barista. Apparently, he was now working at a well-known sandwich store located in Herald Square.

“He got fired from the catering company,“ Joan divulged this odd news over text.

“Why not Starbucks or Fika?” I asked wondering.

“I don’t know, but I hope he’s okay. They must have really good benefits because it would take a lot to get him to wear one of those uniforms. That sandwich shop, the place where baristas go to die.”

It made me happy thinking about Coffee Matt clad in the sandwich shop uniform, a hipster’s nightmare. I took great comfort in knowing that I could peer into the window then run in and order a cinnamon crunch bun from him.

“No offense, I just don’t see you with a barista, and the sandwich shop? That isn’t even a real coffee shop: It’s like McDonalds with salads and pastries. He’s not even a real barista!” I had stopped by Madge’s salon. She always unabashedly voices her opinion about the men I have unsuccessfully dated, no matter how upset I seem to be she can always solicit a laugh. “Have you heard from Michael at all?” Yet again, I was reminded of another disastrous attempt at romance with someone who went from being a good friend, to someone I didn’t speak with at all.

“He’s sleeping with some stripper I used to work with. She has a married sugar daddy who has a newborn baby, stereotypical stripper, minus the breast implants. She sent him some nude selfies and was pretty aggressive going after him.”

“Wow, class act,” Madge said. “Were you friends with her?”

“Think of it this way,” I came up with an analogy. “Working at a strip club is like Orange Is the New Black. You have your posse in prison, but then once you’re out, you wouldn’t be friends with most of your cellmates in real life. If you do stay friends, usually something dramatic happens.”

I have always been fearless with my hair. We cannot control anything in life, but hair can be somewhat manipulated and harmlessly used as a therapeutic remedy.

Emerging an hour later, I resembled a dark haired ingénue from a Roy Lichtenstein-esque work of art. No longer a dusty blonde, my hair was now dark brown with a deep violet hue. I felt more confident walking uptown. I literally ran into my friend Hillary who I hadn’t seen for awhile. I debriefed her on my dating dilemmas. Her face lit up. “Ad Man is coming to Manhattan next week! You’re both actually single, that’s a first.”

Ad Man works in advertising of course. We had always like each other, strictly as friends, but I never let myself like him as anything more. The timing was never right. We met 12 years earlier through Hillary, before “Mad Men” the series existed, before advertising looked sexy and scandalous. His band was playing one of the final shows at The Continental off St. Marks Place, before that live venue fell prey to an NYU frat hangout. Ad Man was actually getting married in the next few weeks. This made him off-limits to me—I don’t date other people’s husbands or boyfriends, but it doesn’t stop me from crushing on them. I came to realize that the small percentage of married men I especially liked were a rare type that’s hard to come by, at least from the situations I had encountered. Any man who was committed to his significant other came off as incredibly attractive to me, because that’s what I wanted in a partner.

I liked Ad Man when I met him back in the olden days. We spoke briefly, he was confident and charismatic and respectful. Had he been single, I’d have gone out with him. He was getting married the next week and I was moving to Los Angeles. I would become a famous actress. He would get married. We’d have our own happily-ever-afters, and never see each other again. Of course none of those things happened. A year later I was back living in New York after growing sick of the traffic on the 405 and lack of auditions. Ad man was getting a divorce.

“You should go out, as friends,” Hilary suggested.

“As friends, okay,” I agreed. We met up, and there was an air of sadness about him—he was a sensitive guy, preoccupied with thoughts of his relationship that was ending. It seemed easier to not talk about romance, and no need for him to know about my asshole of the moment I was pining away for. The next week was Thanksgiving. It was randomly decided that we would go see a movie at The Paris:

“We should do this every year,” he said.

“Okay. It’s a deal. We should see a movie here, no matter how bad it is.” So the tradition began.

For the next few years, after we were both done with our Thanksgiving plans, Ad Man and I would meet for drinks and a random film at The Paris. Some of them were awful, yet we’d still laugh and sit through them. He would walk me home, hug me goodbye, and I’d see him the next year. Maybe a text or two in the interim. Then we both became distracted with serious relationships. He fell in love with a girl who lived in Los Angeles, so he moved. I got engaged. We’d text on the rare occasion, both busy with our partners who would never understand the platonic tradition we had, so we years passed and I forgot all about him and The Paris.

Now so many years later, Hillary seemed excited at the idea of us getting together. “What perfect timing. You just finished dating some assholes. He’s a great guy with as many issues as anyone has.” I shrugged off her suggestion. “I don’t think you should write him off. I think you should give him a chance. He’s a really nice guy.”

The definition of “nice” had taken on a new meaning a few years into my marriage and with being back in the dating world. Things are shiny and fancy at the beginning of a relationship, and certainly nice. With the possibility for all hell to break loose. Coffee Matt was nice, until I dated him. Michael was nice, especially when I was a married woman. Then the time comes whoever you’re dating stops being nice, and you could possibly end up hating them, and you can never go back to how they used to be. If I were to go out with Ad Man, I would be taking a gamble.

“I’ll text you his number.”

“Okay,” I said. For the time being I didn’t really care. At least not at that moment…but I would. 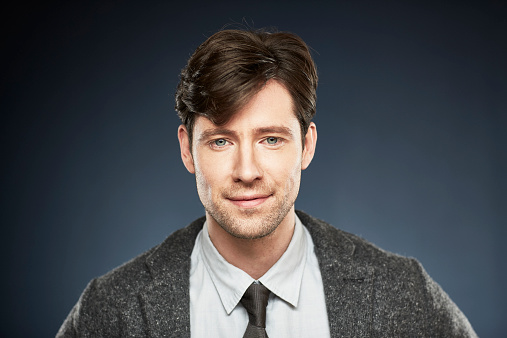