Immediately following his presidency, Barack Obama has begun marketing the Obama Foundation, which appears to use the same oligarchic formula that Bill and Hillary Clinton implemented in the Clinton Foundation in order to peddle their own influence and grow their personal wealth under the pretense of philanthropy. The Obama Foundation’s Board of Directors closely resembles the make-up of the Clinton Foundation’s board in that it relies on corporate lobbyists and financial industry insiders over philanthropy experts.

Donald Trump’s ascendence to the presidency was enabled by the mistrust that the Obama administration placed in American voters by allowing donors and corporate lobbyists to exponentially increase their power in government. Rather than oppose this takeover, Obama welcomed it from the outset of his presidency. The structure of his Foundation is set up in a way to perpetuate this neo-liberal partnership with the top one percent rather than run on the ethos of the Democratic Party at its strongest point, when it collectively opposed financial power instead of allying with it.

Former UBS President and prolific donor to Obama’s presidential campaigns, Robert Wolf, is a board member of the Obama Foundation. While Wolf was running UBS and Hillary Clinton was the Secretary of State, Hillary helped UBS settle a lawsuit with the IRS after the bank paid Bill Clinton $1.5 million in speaking fees. UBS then increased their donations to the Clinton Foundation to $600,000.

In 2012, UBS whistleblower Brad Birkenfeld was released from prison after approaching the Department of Justice with information that UBS was helping wealthy Americans evade taxes with secret Swiss accounts. Birkenfeld received the largest payout in whistleblower history: $104 million. In 2007, when Birkenfeld testified to the U.S. Senate Committee in regards to what UBS was doing, Obama failed to show up to any of the hearings. UBS donated over $500,000 to Obama’s 2008 presidential campaign, and Robert Wolf was appointed to Obama’s Council on Jobs and Competitiveness. Wolf now runs a commercial drone business, is a contributor to Fox News, and donated at least $100,000 to the Obama Foundation before becoming a Board Member.

Obama’s best friend and private equity executive Martin Nesbitt is serving as Chair of the Obama Foundation. Nesbitt founded the Vistria Group, which came under scrutiny in 2016 for purchasing the for-profit online university, University of Phoenix.

Venture capitalist and billionaire John Doerr was appointed to the Obama Foundation Board of Directors in 2014. In 2015, Doerr was sued for gender discrimination when tapes were released of him saying sexist comments. In his industry, technology, women earn 29% less than men of the same age and are severely underrepresented at every level. Doerr donated between $500,000 to $1,000,000 to the Obama Foundation.

Former Massachusetts Governor Deval Patrick was also announced as a Board Member of the Obama Foundation. After leaving office in 2015, Patrick joined Bain Capital, Mitt Romney’s venture capital group, which was a frequent target for being an outsourcing pioneer in Obama’s 2012 presidential campaign.

The Obama Foundation’s website says that Obama is “helping responsible homeowners stay in their homes.” This rhetoric implies that the blame of foreclosures, which was a catalyst to the 2008 economic recession, falls on homeowners and not the banks who exploited them using predatory practices for their own profit. In truth, blaming and attacking the poor, working, and middle class under the pretenses of personal responsibility has become a hallmark of neo-liberalism, thereby broadening the disconnect Democrats have with their voters.

Just as how Democratic partisans blindly defended the Clinton Foundation, they will likely do the same with the Obama Foundation, no matter whether the Obamas use it to increase their wealth or elevate Michelle Obama’s political prospects. Honestly confronting the elitism that has co-opted the Democratic Party under Obama’s Administration and Hillary Clinton’s presidential campaign is essential to preventing similarly flawed candidates from ascending the party’s ranks. 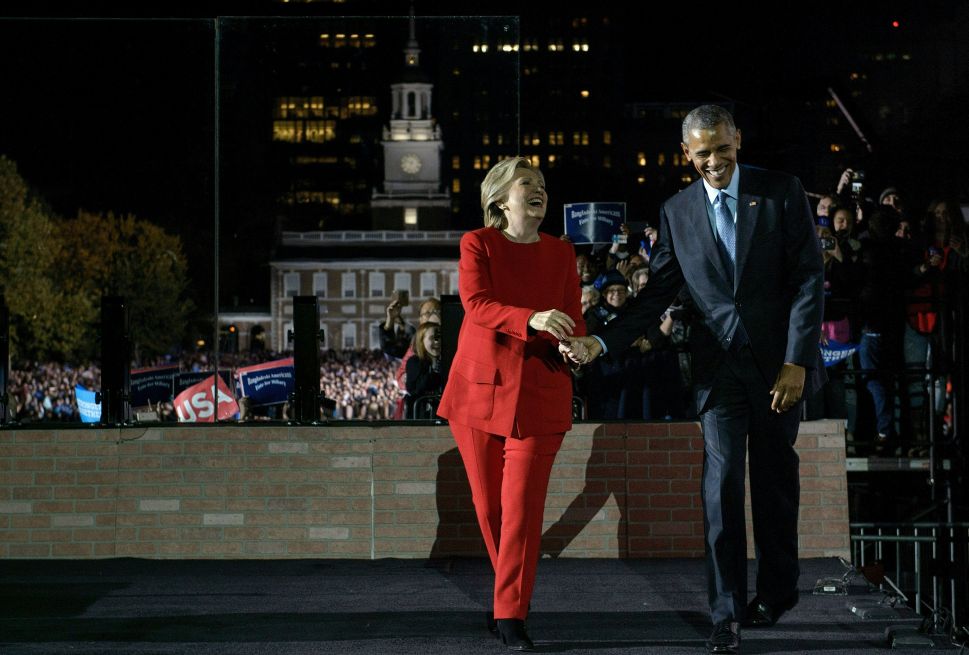