This past Friday was International Holocaust Day as designated by the United Nations. Often forgotten amid the memorializing is the role the leaders of the Jewish community refused to play to rescue their brethren and attempt to get President Franklin D. Roosevelt to disrupt the Nazi killing machine.

As the plight of European Jews became obvious to the entire world during the 1930s, the Japanese Ambassador to the United States proposed to Rabbi Stephen Wise the resettlement of hundreds of thousands of European Jews in Manchuria.

Wise, a physically large man, picked up the diminutive Japanese ambassador and threw him out of the rabbinical office. In an act of impulsive anger, Wise condemned hundreds of thousands who could have been saved.

Like other Jewish leaders, Wise believed that Roosevelt would not abandon the Jews of Europe. But they were wrong.

The British Foreign Office and the U.S. State Department conspired to keep the Jews out. The question of what to do with them was their mutual concern. America lowered its immigration quota at a time when admission was most crucial. The British White Paper kept Jewish refugees out of the Mandate of Palestine.

Together, the British Foreign Office and the U.S. State Department held phony conferences in places like Bermuda to present a facade to the world that they were working on the problem facing European Jews. As the diplomats luxuriated, Hitler’s rail cars carried Jews to their death.

In 1943, as 400 rabbis entered the front door of the White House to speak to the wheelchair-bound president about the plight of European Jews, he was hastily wheeled out the back door.

The rabbis’ march on the White House was organized by the Bergson group, Revisionist Zionist Jews from the Palestine Mandate who understood neither the politics nor the culture of America. Yet, in their zeal, they were highly effective and their efforts resulted in America’s rescue of 200,000 European Jews in the last 15 months of the war.

The refugees we admit are vetted by the UN, requiring them to reside in UN camps. These camps are dominated by Muslim refugees who are hostile to the Christians. Consequently, the Christians are underrepresented in the refugee count. Of over 10,800 Syrian refugees admitted in 2016, only 56 were Christian.

In the refugee camp in Jordan, there are no Christians. In the camps, Christians are murdered, raped, and even kidnapped and sold into slavery.

The Obama administration was aware of this but did nothing about it, not so much as to speak to the issue. The State Department mindlessly adhered to a Soviet-era policy that refugees are defined as victims of state oppression. Since ISIS is a non-state actor, their brutal persecution of Christians does not give Christians special consideration as refugees.

Worse, the Obama administration has forced Iraqi and Syrian Christians to join the Popular Mobilization Force in order to qualify for American aid. The PMF is an Iranian proxy force that is both anti-American and anti-Israel. To survive, Christians join this American-approved militia which is antithetical to their own interest and ours.

But the new administration is now promising to change the way Christians are admitted as refugees. This predictably has led to an explosion from the other side of the aisle that giving religious preference to Christians is unconstitutional. But immigration policy has always considered religion, along with ethnicity, because it is one of the primary reasons people become refugees.

Not surprisingly, there was sparse outrage when Christians were figuratively pounding on America’s door and finding it closed to them.

This is still a predominantly Christian country, so where are the voices of the dominant Christian denominations? I fear that like the Jewish community leadership during the 1940s, they have not responded as they should have. And until they do, more of their brethren will perish at the brutal hands of ISIS and Islamist bigotry. 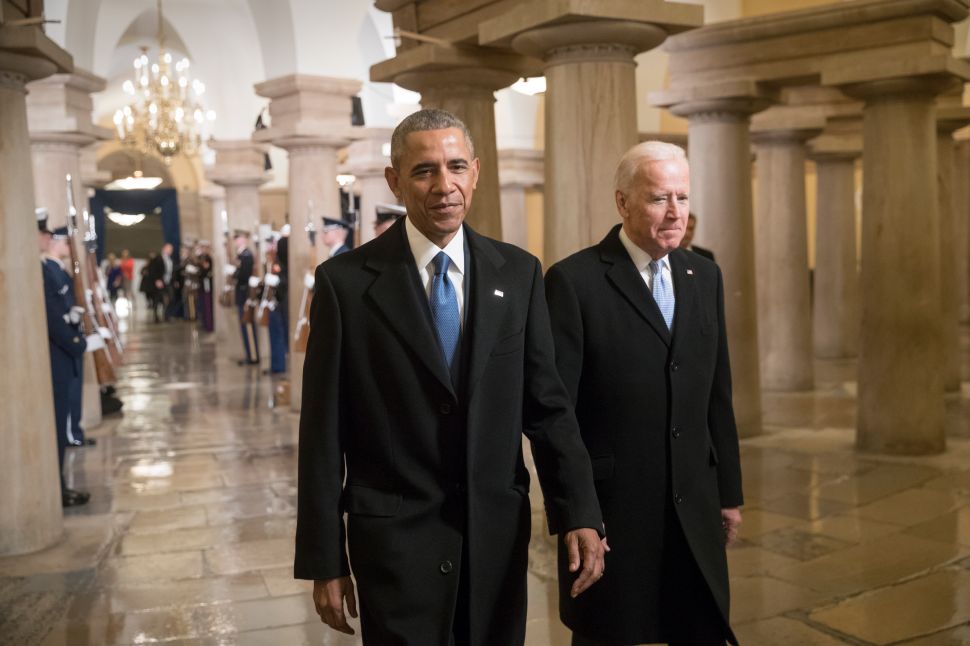