Olivia Palermo made the move from Tribeca to Brooklyn back in 2009, back when she was still starring on that reality show The City.

More specifically, she and her now-husband, German model and photographer Johannes Huebl, decided on Dumbo, and they have no plans to vacate the area. In fact, the stylish pair is putting down permanent roots, as Palermo and Huebl purchased a $2.95 million condo at the Clock Tower.

The pair used LLCs entitled Billy Budd and Floto to buy the 2,198-square-foot apartment at 1 Main Street. As Luxury Listings points out, Floto is controlled by Huebl, while Palermo apparently owned a horse named Billy Budd.

The transaction is an off-market deal, as the two-bedroom, 2.5-bath unit was not publicly listed this time around. Sadly, we are left with only the previous listing from back in 2008, when the seller, Richard von Rheinbaben bought it.

The building is “steps” from the waterfront, with views of the Brooklyn Bridge, Manhattan Bridge, river and park views from the living room and bedrooms. There are oversized windows and hardwood floors throughout, as well as 11-foot concrete beamed ceilings.

The master suite is equipped with a marble bath with Jacuzzi, separate shower and “huge” walk-in closet, which we imagine must have been quite enticing for the fashionable couple.

Palermo and Huebl aren’t the first famous faces to reside in the Brooklyn building, though. Anne Hathaway previously owned a unit in the Clock Tower, which she sold for $4.33 million in 2014. The Daily News previously reported that Palermo once lived in the same building as Hathaway, so perhaps Palermo is actually just upgrading her digs in the same condo, or maybe she was previously a renter in the building. No matter, Palermo is now the owner of a very chic apartment.

Hopefully, Palermo will decide to show off the space once she finishes decorating it—she’s shared a few of her design tips with Architectural Digest in the past, in which she described her home is “modern, Brooklyn, light-filled, loft.”

Even if we don’t get a peek into Palermo and Huebl’s new residence, at least we’ll still have all the street style snaps—the fashionable couple are often spotted and photographed on the Brooklyn waterfront, walking Palermo’s dog, Mr. Butler. 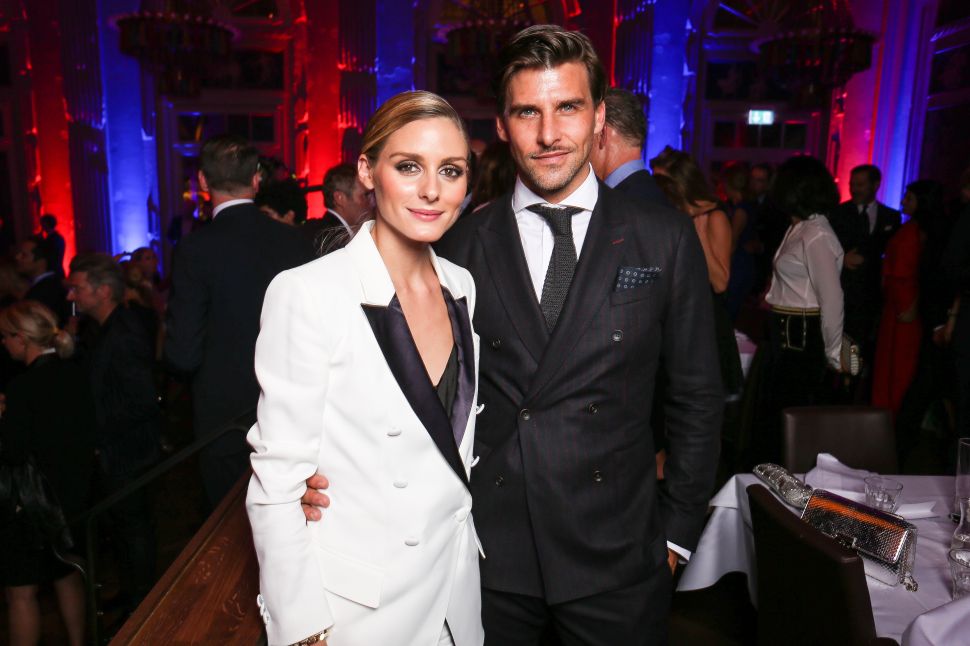