President-elect Donald Trump admitted today that Russia was behind the email hacks that plagued Democrats in last year’s presidential election, but when reporters pressed him to weigh in on whether Russian President Vladimir Putin sought to undermine the electoral process, he kept changing the topic—saying that the Democratic National Committee had left itself susceptible to cyber attacks and asserting the Chinese government engages in similar behavior.

Speaking at Trump Tower in his first press conference with reporters since July 2016, Trump conceded that Russia was behind the e-attacks on the DNC and Hillary Clinton’s campaign chairman John Podesta. But he quickly pivoted, insisting that other individuals and countries hack the U.S. businesses and agencies and no one makes a big deal out of it.

“As far as hacking, I think it was Russia,” he said. “But I think we also get hacked by other countries and other people and I can say that when we lost 22 million names and everything else that was hacked recently, they didn’t make a big deal out of that. That was something that was extraordinary—that was probably China.”

Yesterday, FBI Director James Comey told a Senate panel that there was evidence of hacking aimed at state-level organizations, state-level campaigns and the RNC, though it was the RNC’s old domains.

Trump went on to say that his administration has assembled some of the “greatest computer minds anywhere in the world,” and that two weeks ago his team had the “six top people in the world” at Trump Tower—and that they are “going to form a defense.” The DNC, he said, was “totally open to be hacked” and could have avoided getting hacked if they had “hacking defense.”

He praised Republican National Committee chairman Reince Priebus, who will serve as White House chief of staff, for what he claimed were efforts to shield the GOP computer systems from foreign penetration.

“I will give Reince Priebus credit because when Reince saw what was happening in the world and with this country, the went out and went to various firms and ordered a very, very strong hacking defense,” he said. “And they tried to hack the Republican National Committee, and they were unable to break through. We have to do that for our country. It’s very important.”

Dmitry Peskov, a spokesman for Putin, called the reports “complete fabrication and utter nonsense” and said that Russia does not gather compromising material, according to the Daily Mail. Trump said that he “respected the fact that he [Putin] said that” and that if they had broken into the RNC, the party would have released it.

He said that the hacking of the DNC and Podesta revealed information that was true and damning, saying that if he was Podesta’s boss, he would have fired him over the “horrible things” he said about Clinton.

Trump continued that he doesn’t see a problem with having a good relationship with Putin, saying that he considers that “an asset, not a liability” given that the United States has a “horrible relationship” with Russia. He said Russia can help the United States fight ISIS, accusing Clinton and President Barack Obama of creating a void for ISIS to be formed “by leaving at the wrong time.”

“Now I don’t know that I am going to get along with Vladimir Putin,” Trump said. “I hope I do, but there is a good chance I won’t. And if I don’t, do you honestly believe that Hillary would be tougher on Putin than me? Does anybody in this room really believe that? Give me a break.” 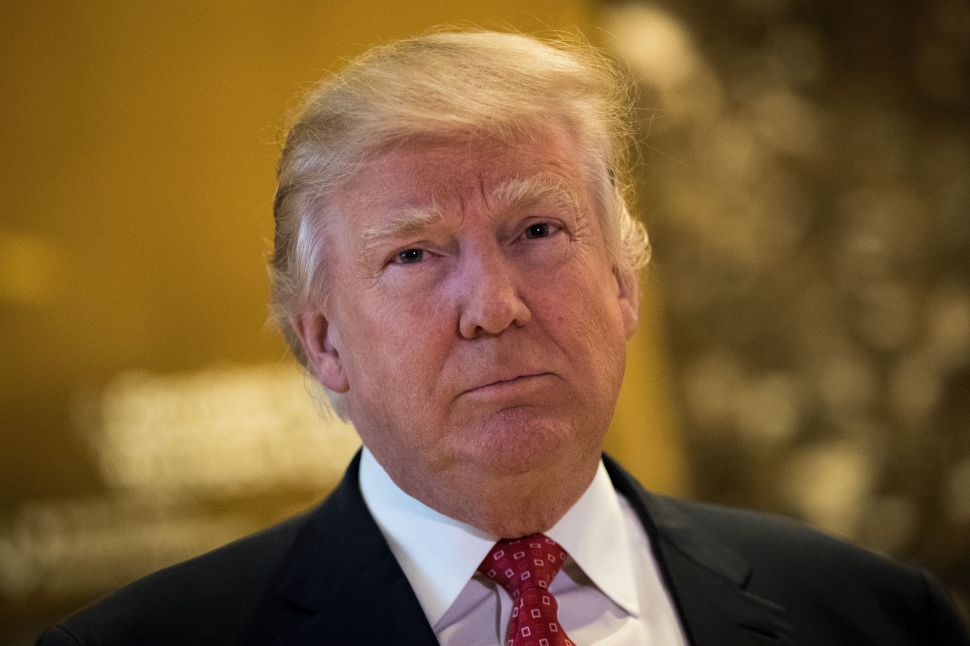