Joan Didion is well-regarded today for both her writing and her personal style. Blame it on the chic black and white photos taken in 1968 by photographer Julian Wasser, where Didion elegantly stands against her white Corvette Stingray while wearing a simple maxi dress and sandals. More recently, Céline’s 2015 ad made use of the writer as poster girl, which only solidified her status and cool-factor. Wearing dark sunglasses, a black sweater and a gold pendant, at 80 years old, she still looks like someone you want to be friends with and steal style secrets from. With news that a Didion book, South and West, is coming out early this year, I’ve been thinking about her personal style more than ever.

Nearly 40 years ago, Didion published her book of essays, The White Album, which offered up a bit of fashion advice. She published an infamous packing list that she allegedly kept taped to her closet door during her reporting days. “This list enabled me to pack, without thinking, for any piece I was likely to do,” she wrote. Here’s her list:

TO PACK AND WEAR:

"It was once suggested to me that, as an antidote to crying, I put my head in a paper bag. As it happens, there is a sound physiological reason, something to do with oxygen, for doing exactly that, but the psychological effect alone is incalculable: it is difficult in the extreme to continue fancying oneself Cathy in "Wuthering Heights" with one's head in a Food Fair bag."- #SlouchingTowardsBethlehem

Didion’s packing list is something I’d long admired. As a notorious overpacker, I’ve often thought about how simple it would make traveling. Packing only two pairs of shoes for a trip, even a short weekend, is something I’ve never chanced, as I like to have options. However, I often pack things and never even take them out of my suitcase. I did like the idea of using basic pieces to build outfits with, so I decided to test Didion’s system out for a recent week-long trip to Lisbon, Portugal and Barcelona.

I started with the shoes. I narrowed it down to two pairs that were comfortable enough to walk in and sleek enough to wear to a cool restaurant. That brought me to a pair of Rihanna Fenty x Puma Creepers and some well-worn studded Chloe boots that are insanely comfortable. Shoes were definitely the hardest part of testing out the packing list because I felt like I was missing something from my wardrobe. However, at the end of the week, packing up my comfy shoes was a breeze and my feet didn’t hurt, as an added bonus.

I replaced the skirts with two pairs of jeans, which worked well, and opted for the two jerseys, which I interpreted as t-shirts. I felt more organized than usual, but admittedly, much more casual. I brought a nightgown as suggested, but skipped slippers, since they seemed unnecessary. I didn’t bring a robe, and none of the hotels I stayed at had robes available (something I wasn’t expecting), so I found myself longing for one—especially since it was pretty cold out. The pullover that I brought was also very useful, and something so simple that I always seem to forget when packing for a trip. Since I don’t smoke, I obviously didn’t bring cigarettes and I disregarded the bourbon.

Personally, I found the travel bag options of shampoo, toothbrush and paste, Basis soap, razor, deodorant, aspirin, prescriptions, Tampax, face cream, powder and baby oil to be spot on, especially since things like baby oil are pretty multi-purpose. I simply swapped out aspirin for Ibuprofen, as a personal preference. I tried as hard as possible to narrow down my beauty products, in addition to this list, but didn’t get very far. Didion’s simplified toiletry case would work well for a weekend trip, but I needed my moisturizers and serums for a trans-Atlantic flight.

For the secondary list, I bought my laptop instead of the typewriter, for obvious reasons. I also packed a mohair scarf instead of a blanket which was probably the most enlightening part of my experiment. I used it on the plane as a blanket when it got too cold, and wore it almost constantly over sweaters and jackets while walking around. Usually, I wouldn’t tote around a large scarf, but it’s absolutely perfect for traveling and can almost replace a coat, when worn with a jacket. Consider that another space-saving win.

If I were to rewrite Joan Didion’s famous list today, I would replace the skirts with jeans, since I think skirts are a bit too fussy when you’re on the go. I would also add the option of one dress, since I consider dresses to be an easy, all-in-one-look. The other piece I think is missing from the list? I’m a firm believer in the power of accessories, so a pair of statement earrings, which are everything when you’re at your wits end and finally have to put your travel hair in a pony tail. (FYI, travel hair is what I consider to be that bad place your hair goes, when you’re without your own hair dryer and in unfamiliar surroundings.)

Other than that, I feel like Didion’s list is still extremely relevant and useful in 2017. It’s the perfect formula for a short weekend trip and can be easily modified, depending on your personal sartorial preferences.

If anything, experimenting with Didion’s packing list has also taught me this: I need to invest in some chicer basics. I felt a little too casual wearing pieces that were based on the list. But regardless, Didion will forever remain my inspiration when it comes to mastering the casually chic look. 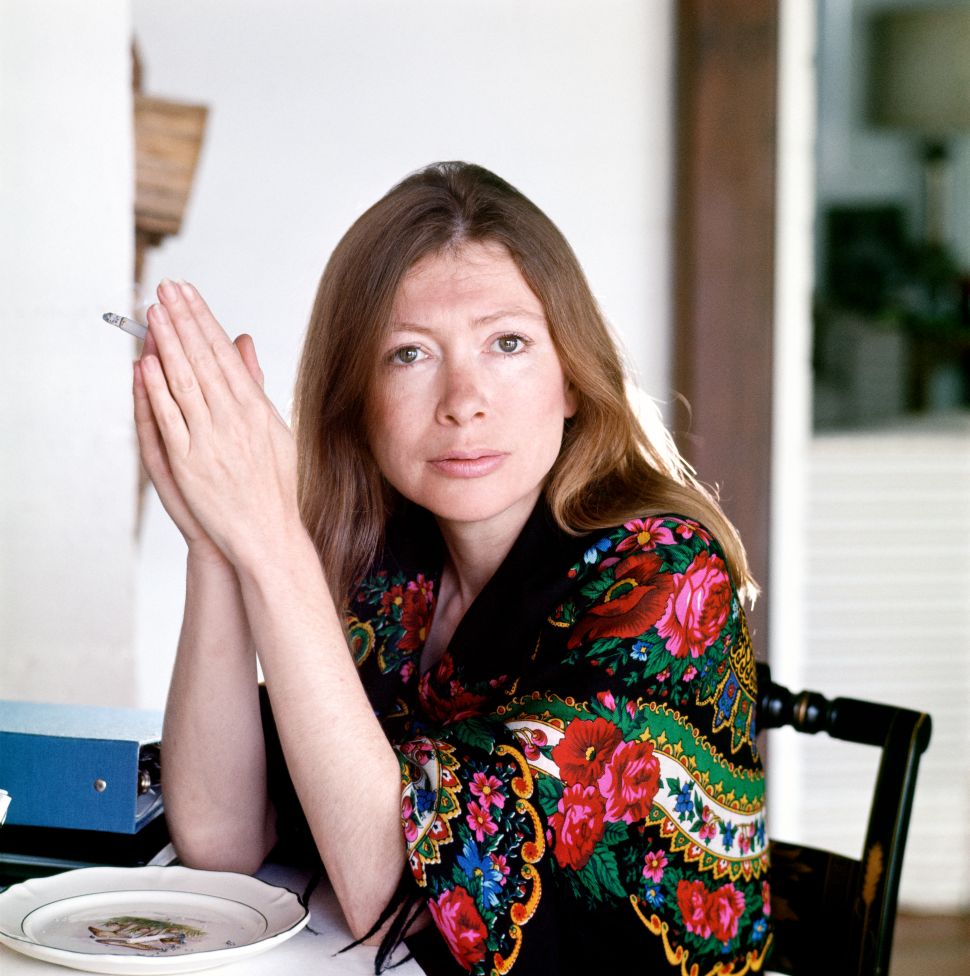