After the #OscarsSoWhite controversy, many movie industry watchdogs hoped that diversity would prevail in this year’s nominations. And boy, did it ever.

Three films centering on the black experience (Fences, Moonlight and Hidden Figures) were nominated for Best Picture (Barry Jenkins, the African American director of Moonlight, was also recognized). Three documentaries featuring diversity as a theme (I Am Not Your Negro, O.J.: Made in America and 13th) were nominated as well. In addition, Moana, set on the Pacific Islands, was nominated for Best Animated Feature, and its Puerto Rican composer Lin-Manuel Miranda (who’s well on his way to an EGOT) was also singled out.

Most notably, seven performers of color received acting nominations—this was the first time in history black actors were nominated in every acting category:

Davis, Harris and Spencer are all nominated for Best Supporting Actress, which marks the first time actors of color are the majority in an Oscar category.

The long-awaited infusion of diversity was celebrated by both the nominated performers and Twitter as a whole:

Thank you to @TheAcademy for recognizing this extraordinary, important film and my work in it. Thank you Denzel for being at the helm! https://t.co/E7diniFqN1

BLACK women are the majority in the best supporting actress category for the very first time! ✨ #OscarNoms pic.twitter.com/WIC6xtx740

Just turned my phone on here in Amsterdam. It's ummmmmm… yeah. Oh my. So much love, overwhelmed. Literally and figuratively

Thanx to @TheAcademy for amplifying injustices of mass criminalization in @13THFilm. Love to our fellow nominees. xo pic.twitter.com/R8Zy7015IH

April Reign, who created the #OscarsSoWhite hashtag two years ago, also shared her reaction to the news:

I see y'all and I appreciate the support so much. Things are changing because our voices are strongest together. #OscarsSoWhite #OscarNoms

How many of these diverse nominees will walk away winners? Find out February 26, when the 89th annual Academy Awards air on ABC. 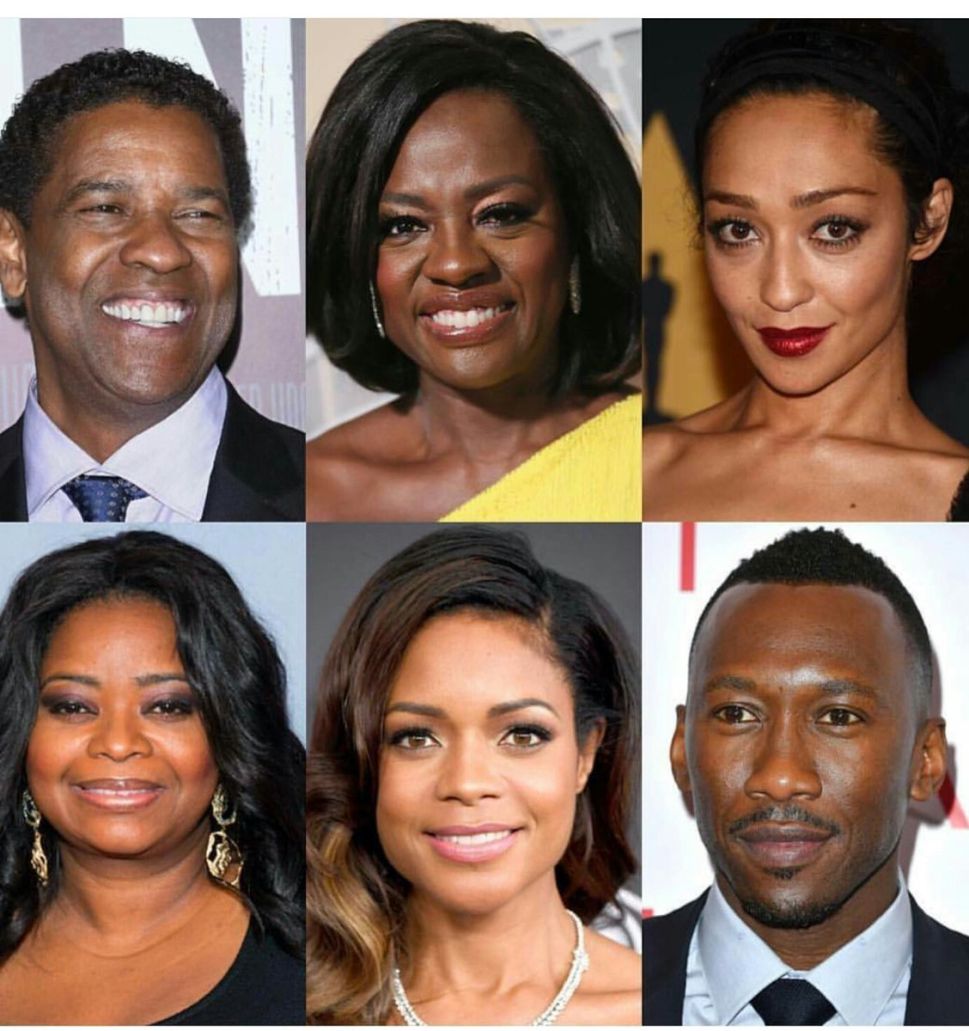