President-elect Donald Trump recently chose Peter Navarro to head the newly-formed National Trade Council, which will handle the task of countering China’s global economic influence. Ironically, Navarro may do so by mimicking a strategy that was made in China.

Most Americans have never heard of China’s Boxer Rebellion of 1900. The ones that have probably only know about it through the 1963 movie 55 Days at Peking, starring Charlton Heston. The story behind the rebellion of the Righteous and Harmonious Fists, which the West termed Boxers, is as illustrative to today as it is fascinating.

The Righteous and Harmonious Fists were outraged over the West’s influence on China. Once the greatest of all civilizations, by the early 19th century China’s closed society and internal corruption caused it to succumb to Western military might. The British, and later other Western nations, coerced the Chinese into opening their country to all manner of evils: cheap imported textiles, manufactured goods and—worst of all—opium. Debt became insufferable, the currency collapsed, and the workforce shrank. Westerners won trade concessions that led to more Chinese humiliation, the loss of Hong Kong in 1841, and other ports thereafter.

Chinese empress Tzu Hsi was viewed as weak, ineffective and unable to resist the Western dominance.

The Boxers rose out of the provinces of North China. They were a shadowy organization believing in their own immortality, and also happened to be largely Muslim. Possessed of a martial arts spirit, they claimed they were invincible and that bullets couldn’t stop them. Their goal was to destroy the foreigners, and to reassert their country’s economy, independence, and cultural greatness. Sound familiar?

The Boxers went after Western interests. They attacked and killed missionary families and churches. They set fire to Western residences, and destroyed opium caches. As they succeeded, they were joined by other nationalistic forces.

As Heston fans may remember, the Boxers swept into Peking (now Beijing) in an attempt to force Westerners out once and for all. Alarmed, the West formed a multinational army and marched on Peking. There, in a battle similar to the Alamo, the Boxers held out for 55 days until they were finally overcome. China was forced into even more concessions and were required to pay reparations for all the damages the Boxers caused, lapsing back into an economic stupor that lasted until Mao’s communist takeover.

Many China experts believe this history has a direct linkage with China’s current nationalistic and militaristic stance. In other words, China’s present actions are payback for past humiliations.

Navarro has been an American Boxer for a long time. He is open about it. Through his trilogy of books on China, one of which is his 2005 Death by China (and documentary by the same name), as well as numerous articles, he has sounded a clarion call for Americans to do what the Righteous and Harmonious Fists wanted to do: reassert the greatness that was American manufacturing and enterprise.

Navarro (an Observer contributor) has always felt that America was in a trade war with China and that “free trade” was a fiction endorsed by academic economists with no understanding of the real world. A recent research paper by professors David Autor (MIT), David Dorn (University of Zurich) and Gordon Hanson (UC San Diego) entitled The China Shock reinforces Navarro’s argument that China’s predatory trade practices will devastate large swaths of America. Adding more weight to this narrative is the fact that in 2015, Princeton University economist Angus Deaton won a Nobel Prize for his research showing that deindustrialization in the United States is responsible for a host of social ills including drug addiction, suicide and a surge of early deaths.

Just as the Boxers sent shockwaves through the West, so has Trump’s appointment of Navarro in China. China Daily, the English-language mouthpiece of the Xi administration, opined that this “is no laughing matter.” Other reactions in the Chinese tongue were less kind. The days of massive theft of intellectual property and subsidized Chinese industries that squeeze the life out of American manufacturing (steel, glass and solar panels, to name a few) may be over.

Navarro could not have come at a worse time for China. Beijing may be about to choke on more than just smog. It may feel the pain of something much greater than even its morbid manufacturing machine, which is already such a colossal undertaking that its output makes up almost 25 percent of the global yield (see cement, aluminum). China’s idea was to export these items to the West in order to keep their workers busy. Navarro surely has other ideas.

If Beijing is rational, they will understand that they have been given a free pass for a long time. Even though they have violated dozens of World Trade Organization (WTO) rules, they have escaped retribution.

Let’s hope for America’s sake, and Navarro’s footnote in history, that his mission will end more successfully than the Boxers’ at Peking. 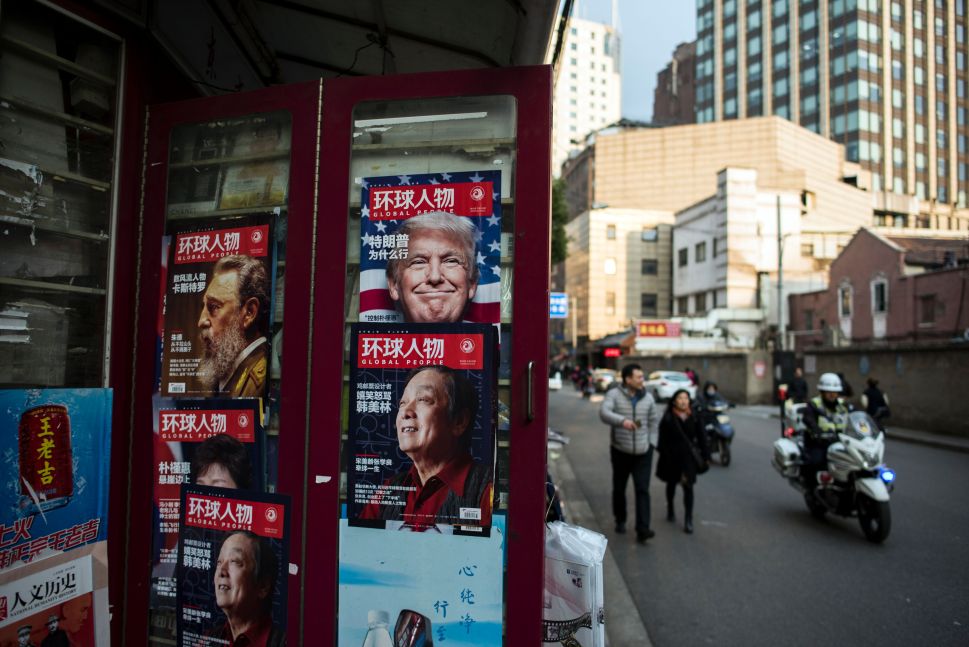