The pig is perhaps the most maligned animal in pop culture.

While the primary species form of the sus genus has been the catalyst for some of our most beloved children’s tales—the resiliency of the Three Little Pigs in the face of the Big Bad Wolf, the charming bronze medal winner Wilbur of Charlotte’s Web, the sweet-natured swine with dreams of being a herding dog in Dick King-Smith’s Babe—more often than not, the pig is a symbol of greed, gluttony and savagery.

From Greek Mythology—which features the Calydonian Boar as a monster heroes must slay, or the magic goddess Circe who transformed men into pigs as punishment—to the Stalinesque Napoleon in Orwell’s Animal Farm, to the pig cops in R. Crumb’s Fritz The Cat, or Bebop from Teenage Mutant Ninja Turtles, the demonization of the pig stretches across human history.

Even the Angry Birds movie has it in for pigs. I watched it with my son the other day and again, the pigs are the gluttonous rabble rousers bringing bad country music and monster trucks to the otherwise civil bird society, imposing their bad culture and beliefs on them in a slimy, glad-handing way while secretly raiding homes for their unborn children to devour in a macabre breakfast buffet.

However, perhaps the finest use of the pig as a symbol in modern times is found on Pink Floyd’s storied 10th LP Animals, which turns 40 today. The pig is the first thing we see on the album’s iconic cover, inflated and aloft between two smokestacks at the Battersea Power Station in London.

Coming off the heels of their back-to-back blockbusters (Dark Side of the Moon and Wish You Were Here), Animals is perhaps the most poignant transitional album in rock history.

As Roger Waters points his lyrics away from inward reflection in the context of their departed brother Syd Barrett and more toward a skewed worldview of modern society, the music itself has been said to be a reaction to the advent of The Sex Pistols, The Clash and The Buzzcocks, a leaner, meaner, more streamlined Pink Floyd. In just five compositions, Animals presents a funkier, more menacing version of the band that points sharply through the speaker in the listener’s direction.

By and large, the album’s thematic crux stems from the band’s collective struggles with fame that kept them high on the pop charts and in demand enough to yield a stadium tour across America in 1974.

“It was quite a shock to the system,” admitted David Gilmour in an interview conducted for the 25th anniversary of Animals on the syndicated rock radio program In The Studio With Redbeard. “To see people down in front, all screaming to hear us play ‘Money,’ whereas with previous, more reverential audiences were sitting in absolute silence waiting to hear the next pin being dropped very subtly, very delicately by Nick’s fingers.”

It was this shift in the band’s audience that inspired them to write songs focused on greed, grit and complacency mirrored through the compositions and three different animals.

The aforementioned pig is represented in two songs: the wistful, acoustic “Pigs on the Wing” that could very well be channeling the more charming, sweeter nature of the animal to counterbalance the smug, cowbell swagger of the 11-minute long “Pigs (Three Different Ones),” which paints Animal Farm‘s potbellied protagonists in a dystopian sense of decadence Orwell never even imagined in 1945.

“Dogs,” meanwhile, clocks in at 17 minutes and was built from a song that originated on the band’s 1975 tour called “You Got To Be Crazy.”

The canines in question here symbolize the scrappy hearted amongst us whose spirits have been tamped down under the pig’s heavy hooves, conditioned to take orders on command like a reflex. There’s also an enforcement edge to the dogs that suggest they might allude to police in the song.

“Sheep” apparently are the rest of us mindlessly going about our own business without ever wondering or questioning what the pigs and dogs are doing, all set to the tune of a jam which got its start on the ’74 tour as “Raving & Drooling.”

Out of all its potent symbolism, though, the sheep is perhaps the most misunderstood of all three creatures represented on Animals.

The sheep has been given a bad rap as dim-witted and easily swayed to follow the flock, but recent research has shown they’re far more intelligent than we’ve given them credit; in a 2011 study from the University of Cambridge, scientists found that sheep have the brainpower to equal rodents, monkeys and, in some tests, even humans.

That the 40th anniversary of Animals arrives in the immediate aftermath of perhaps the most controversial presidential inauguration in American history—appointing a man who is the most morbidly accurate caricature of a bad pig to our nation’s highest office—is the kind of irony Floyd specialized in.

The dogs in this case can be construed as the legislature, many of whom possess that intrepid canine heart primed for fighting back but inevitably find themselves curled up in their masters’ laps, ready to perform their next Pavlovian prompt. And the sheep, once again, are us. A species perceived as complacent and compliant to oppression and control, but smarter than we’re given credit for; quick learners who can recognize faces, especially those who choose to oppress us.

While the tour in support of Animals yielded some of the best live performances in Pink Floyd’s career, it was nevertheless a soul-crushing experience for the band, who at times even engaged in a combative back-and-forth with their audiences. In one notorious interaction at the Montreal stop, Waters antagonized the crowd and, ironically during “Pigs,” spit on a fan trying to bum rush the stage.

“As the song wound down and they were doing a quiet vamp, Roger became demonic,” recalled journalist Wray Ellis on Rogerwaters.org. “He pointed into the audience and singled out a kid somewhere off to my right—just down in front of him. Punctuated with shrieks (ala ‘Careful With That Axe Eugene’), Roger called the kid up to the stage, like you would a dog. ‘C’mon, boy, come back, all is forgiven, just a bit further, there’s a good boy.’ ”

“Through the heads, I could see an exuberant teenager climb over the barricade and, with the help of a roadie, was lifted up to the edge of the stage. (I’m sure he thought he was going to meet his idol.) Right at the point where the song comes back in for the final crescendo, Mr. Waters let fly with a wad of spit that was as remarkable for its volume as it was for its accuracy. ‘Sch-plaugh‘—right in the kid’s face! Dazed, the kid was tossed like garbage back over the barricade and into legend.”

The anecdote is especially poignant when considering how Waters busted out the 40-foot inflatable pig for his performance at Desert Trip as a justified protest against Donald Trump accompanying a scathing performance of “Pigs (Three Different Ones).”

Or, more recently, when the bassist took to Facebook on Inauguration Day, and posted another equally acidic rendition of the song from his September 30, 2016, set in Mexico City, where the giant LED screens behind him depicted images of the new American president toting a machine gun and giving the Nazi salute in front of the White House before a bevy of fawning Klansmen. “A note from Roger: The Resistance begins today,” read the caption above the video clip.

But perhaps the deepest ripple of irony is Waters himself. He must surely realize today at nearly 70 years old that he, too, is the pig in his own right. A regular “bus stop rat bag” of the highest order, the megalomaniacal grip he maintained over Pink Floyd as he began working on the demos for The Wall is all the proof you need of that.

As endearing as it is to see Waters stepping into the arena to fight the good fight, the truth of the matter is that Trump, Waters and Pink are the real Three Different Ones alluded to in the song’s subtitle.

The pig dreams up the scheme, hires the dog to enforce it and makes the sheep pay for it. The scariest part? For a conceptual song arc recorded 40 years ago, the germaneness of its thematic resonance in the here and now is staggeringly accurate to our very real world situation in 2017. The notion of Animals being merely a sharp commentary on music industry politics seems quaint by comparison.

But here’s the thing. We can numbly sit on our thumbs and become just another brick in this barrier of delusional nationalism the King Pig himself is promising to construct in our name. Or, to quote The Wall’s penultimate track, “The Trial,” we can refuse to be a party to our own demise and make enough of a noise to have a judge declare:

The evidence before the court is incontrovertible
There’s no need for the jury to retire.
In all my years of judging I have never heard before
Of someone more deserving of the full penalty of law.
The way you made them suffer,
Your exquisite wife and mother,
Fills me with the urge to defecate!
Since, my friend, you have revealed your deepest fear
I sentence you to be exposed before your peers.
Tear down the wall!

If there was one message Animals failed to drive home, there’s no confusion about it today: No proud town mouse in the White House will ever be able to hide the charade they are from the collective voice of a united flock of organized and determined sheep—who are far smarter than you think. 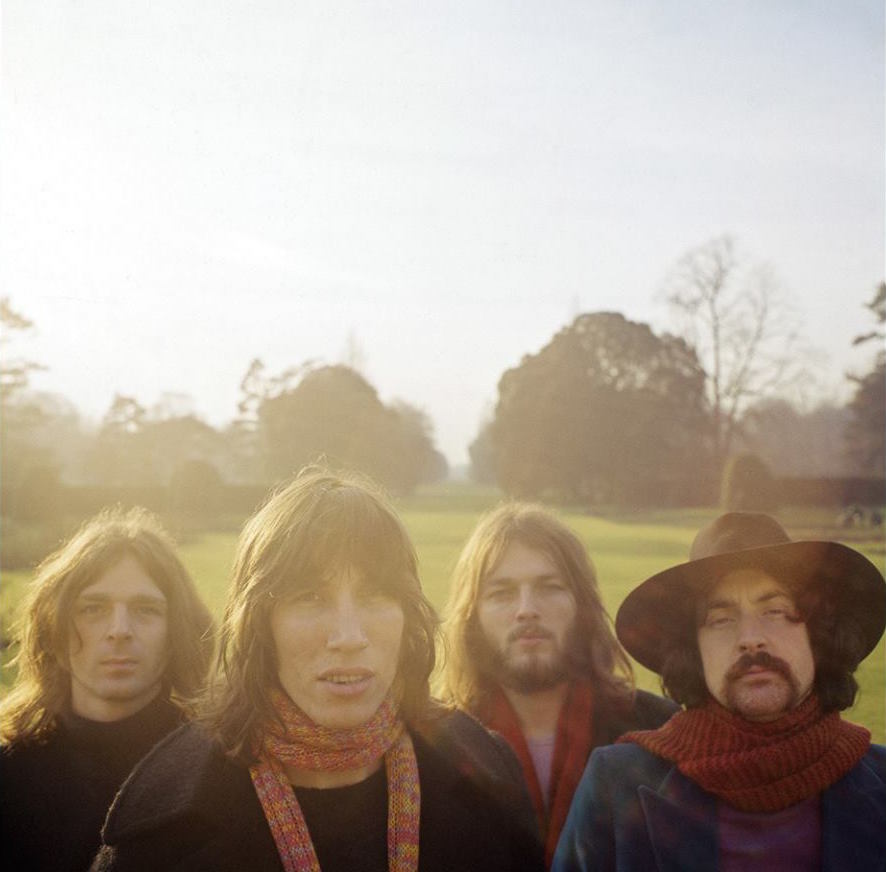