By now, you’ve probably heard about Mariah Carey’s New Year’s Eve disaster. After some technical malfunctions, Carey—who was supposed to lip-sync over a vocal track for “Emotions” and “We Belong Together”—ended up neither singing nor dancing much, and mostly talked about tech issues over the musical accompaniment track.

But is the “scandal” of lip-syncing really so scandalous? Whether it’s a necessary evil or an efficacious substitute for performing live is a matter of perspective.

See no evil, hear no evil

The history of lip-syncing begins in the 1940s with “soundies,” short music videos produced for film jukeboxes. Baby boomers likely associate the practice with the television shows “American Bandstand” and “Soultrain,” where musical guests mimed their latest hits, often absent a live band.

But faking became controversial only when it was revealed in 1967 that the made-for-TV-band The Monkees didn’t always play their own instruments, relying heavily on studio musicians, especially on their early recordings. Critics derided the band, calling them the “Pre-Fab Four.” But they seemed more concerned than fans, many of whom cared little about whether or not The Monkees played their own instruments. The group rode out the storm, increasingly handling the playing (and also songwriting) duties.

Interestingly, while a number of popular bands like The Beach Boys, The Byrds and The Association would perform live in concert, behind the scenes, when recording their albums, they’d use a pool of Los Angeles studio musicians called the Wrecking Crew (who, in fact, also played on the early Monkees albums).

Meanwhile, in film musicals, it was a common (and uncontroversial) practice to use trained singers like Marni Nixon to cover the vocals for actors, whether it was Audrey Hepburn in “My Fair Lady,” Deborah Kerr in “The King and I” or Natalie Wood in “West Side Story.”

In the 1980s, MTV emerged. With it, the proliferation of a new form—the music video—heightened the importance of spectacle during live and televised performances.

The demands of choreography and acting—coupled with the acoustic and weather-related challenges of large outdoor venues—made live singing both more difficult and less of a priority. Covert lip-syncing in concert and on television became more common.

Many artists, especially those who perform in large, outdoor venues with complex, choreographed dance numbers, will lip-sync or sing along with prerecorded vocal tracks. These include Beyoncé, Madonna and Britney Spears.

For an aging virtuosa like Mariah Carey, known for her stunning upper register and vocal gymnastics, the risks of failed technology may outweigh the risk of veering off note. This is, of course, a different matter entirely from using digital devices to mask limited ability, a move more familiarly associated with auto-tune, a popular pitch-correcting device employed by artists ranging from Lady Gaga to Tim McGraw.

But the most infamous musical masquerade, and the incident most likely responsible for the intense scrutiny of lip-syncing, was the short-lived career of European R&B duo Milli Vanilli. After Milli Vanilli won the 1990 Grammy Award for Best New Artist, singer Charles Shaw, who actually performed on the group’s debut album, revealed that, on top of lip-syncing their way through all their live performances, they hadn’t sung any of the tracks recorded on their album. The Recording Academy rescinded its Grammy and, despite efforts to remake themselves as real vocalists, the duo faded into obscurity.

Yet the public and media can be inconsistent in their denunciations of musical fakery. While it was well-known that actresses Hepburn, Kerr and Wood lip-synced over Marni Nixon’s vocals, they appear not to have suffered any damage to their subsequent careers. (Kerr was even nominated for an Oscar for her role in “The King and I.”)

In contrast, Beyoncé came under fire for lip-syncing the National Anthem at President Barack Obama’s 2013 inauguration. This was, of course, a high-stakes event fraught with challenges for a live vocalist: winter weather, outdoor acoustics and an enormous audience (to say nothing of a notoriously difficult song with an exceptionally wide range). According to Rickey Minor, who has produced a number of Super Bowl halftime shows, the pitfalls of these situations make performing live not worth it. And despite some controversy immediately following her performance, Beyoncé’s career and reputation certainly didn’t suffer any lasting effects.

With the exception of Milli Vanilli, nearly every major act that has endured a lip-sync scandal has eventually recovered. Given Mariah Carey’s heretofore brilliant career, her reputation remains on firm ground.

Alex Lubet is the Morse alumni distinguished teaching professor of music at the University of Minnesota. This article was originally published on The Conversation. Read the original article. 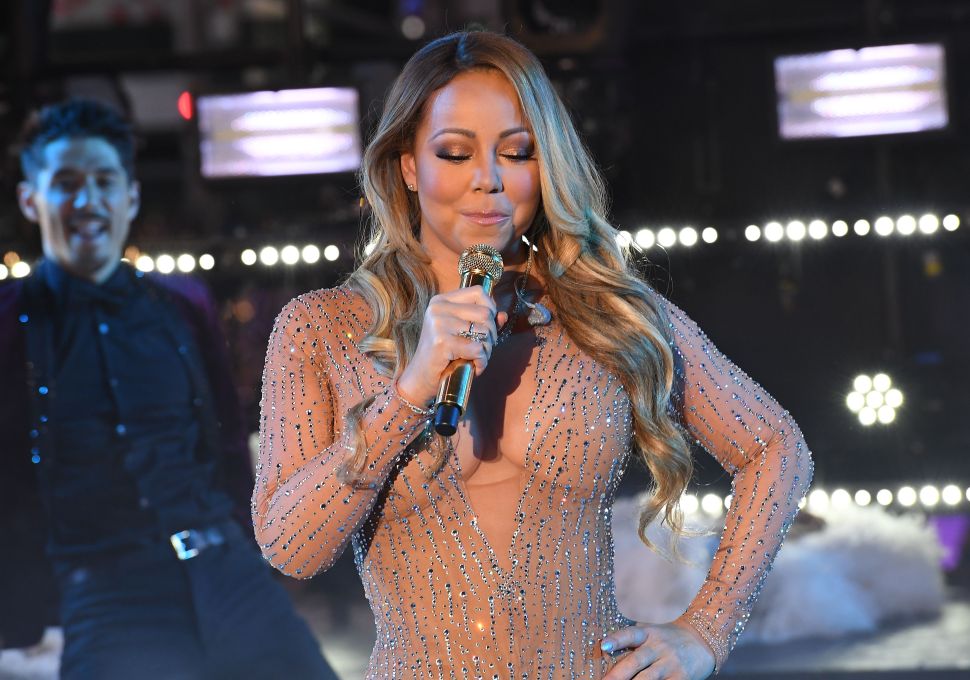