The city’s Department of Investigations revealed today that the beleaguered Administration for Children’s Services possessed the address of a Brooklyn three-year-old and a warning of his dangerous and abusive living situation at least two days before an alleged beating by his mother’s paramour left him comatose and on the verge of death—a finding that comes just three days after the fatal assault of a Queens five-year-old in a home ACS had repeatedly probed.

Young Jaden Jordan’s death in December, along with the killing of six-year-old Zymere Perkins less than three months before, precipitated the resignation of Mayor Bill de Blasio’s ACS Commissioner Gladys Carrión late last year—along with an order from Albany that the city appoint an independent monitor to oversee the agency. In the Jordan case, ACS claimed it only obtained his correct address the same day he was discovered smeared in feces and with his skull cracked.

But DOI determined the agency had access to state databases with the boy’s location, and had already received a tip about his situation, a full two days prior.

“DOI’s investigation found that the depth of errors over a two-day period was so significant, and the errors involved the overall implementation of policies so basic, that they go to the heart of ACS’s core mission of protecting children and implicate high-level, systemic problems,” the report reads.

At fault, the department asserted, was the city’s understaffed and ill-prepared Emergency Children’s Services bureau, which handles notifications of abusive situations on evenings and on weekends like the one when the report about Jordan came in. DOI said its review of documents and interviews found that the ECS unit had not received training at any point in recent memory, did not receive regular updates about policy changes and did not perform comprehensive database searches due to the high volume of warnings it receives.

In its internal report, ACS blamed its failure to respond adequately to the Jordan report on the wrong address it got from the tipster. It penalized six staffers, but insisted the case was an aberration from its usual operation.

DOI recommended that the agency cooperate with the state and the NYPD to establish clear and consistent protocols for all reports of criminal behavior—and refer such leads to the police in the meantime. It also urged increased staffing and funding for the weekend/evening response bureau, called for ACS to conduct an citywide assessment of its use of state databases for all child protective work and mandate comprehensive database searches for all cases.

It also encouraged ACS to retain all documentation, including phone calls and database searches, in each case record.

The department stated in its report that ACS has already adopted some of these proposals, including the creation of an ECS unit that can perform deep database dives on each case.

It is unclear whether any of this would have saved Michael Guzman, the Queens three-year-old who died shortly after authorities found his brutalized body on Monday—and after Children’s Services workers had stopped by his home no fewer than 13 times, according to the New York Post. 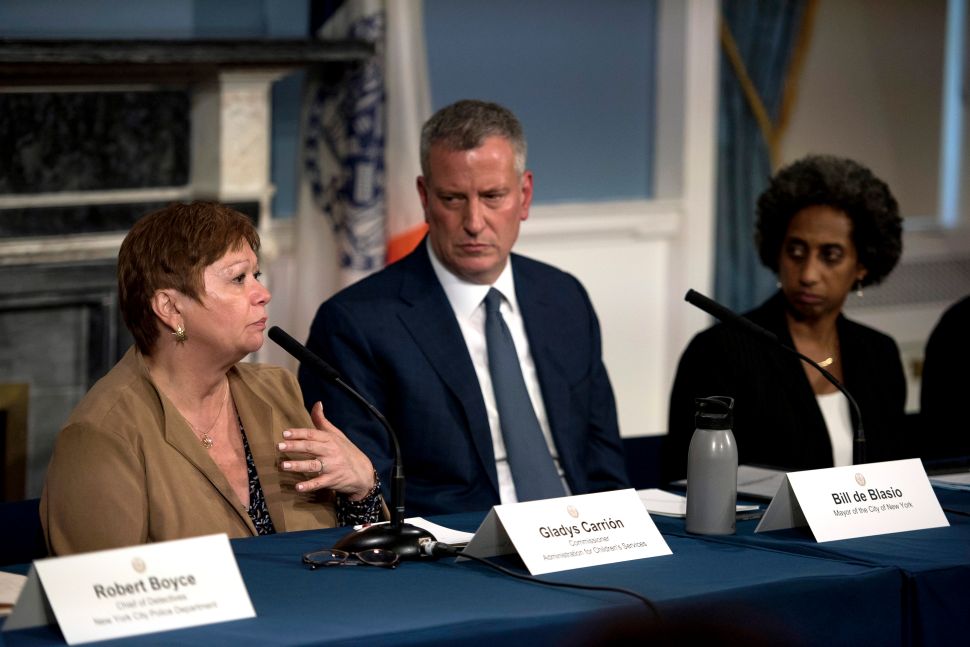