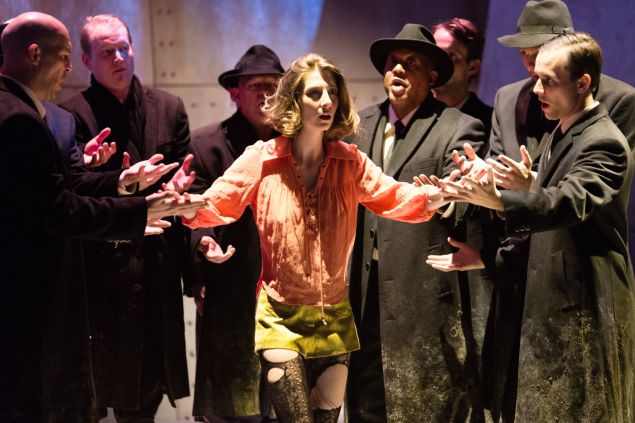 “Reading the texts…I found to my fear and horror, words that killed, words that told every time of women’s undoing.” So wrote feminist critic Catherine Clément in her controversial 1979 study Opera: The Undoing of Women. Though the focus of her work was on classic operas like Madama Butterfly and Lucia di Lammermoor, her thesis, that violent mistreatment of women is central to opera, was confirmed last weekend when Prototype: Opera/Theatre/Now presented new works in which women were variously gang-raped, eviscerated and executed by firing squad.

The curious thing here is that Prototype is the least patriarchal production organization imaginable, curated by the all-female triumvirate of artistic directors Kristin Marting, Beth Morrison and Kim Whitener. So how it that the leading women characters in these new operas are treated so badly?

I can’t offer a clear-cut answer, mostly because the three works are so very different one from another. The audience favorite of this first week of the festival is clearly Breaking the Waves, a full-length romantic opera with music by Missy Mazzoli and libretto by Royce Vavrek, based on the film by Lars von Trier. It’s a disturbing tale of a naïve, emotionally disturbed young woman, Bess, whose husband Jan is paralyzed in a workplace accident. His recovery, she believes, is dependent on her seeking out sexual encounters and then relating them to him. The escalating violence of the story arc leaves the audience questioning concepts of goodness and self-sacrifice.

Vavrek’s spare, eloquent text slyly posits Bess’s tragic arc as a sort of religious ritual (she is shunned by the elders of her small town’s church), but it is Mazzoli’s music that provides the piece’s stunning emotional impact. The composer has handily conquered what is generally the most daunting task in modern opera, creating vocal lines flexible enough to support the clear projection of the text as well as to express the characters’s affective states. Even that most hackneyed of all operatic conventions, the love duet, takes on new life in this piece, as at their wedding reception Jan and Bess banter clumsily before recklessly consummating their love in in the wedding hall’s cloak room.

The orchestration paradoxically layers extravagant percussion-fueled fortissimos over a generally lean foundation of scraped strings and hollow woodwind moans, evoking perfectly Bess’s loneliness and desperation in the face of the implacable disapproval of church elders. The scene where the heroine makes the choice to perform the most extreme act of self-sacrifice is as harrowing as anything in Elektra, though achieved with forces a tiny fraction the size of those available to Richard Strauss.

It’s hard to imagine a better cast for this piece. In the long and murderously difficult role of Bess, Kiera Duffy fluidly alternated sweet soprano lyricism with a stark chest-voice Sprechstimme representing the voice of God. The unearthly beauty of baritone John Moore both in voice and body elevated the suffering of Jan to tragic status; even a brief nude scene toward the end of the piece felt like it belonged in a religious painting. Among a superb supporting cast, mezzo Gigliotti stood out as Bess’s sensible sister-in-law, her rich mezzo offering a glimmer of warmth and consolation in an otherwise implacable environment.

In contrast to this masterpiece, two other works felt, perhaps inevitably, rather shallow. David Lang’s anatomy theater dazzled with virtuoso orchestral and vocal effects, but its underlying story, a graphic dissection of an executed murderess, never quite found its moral compass. Even less coherent was Mata Hari, a cluttered retelling of the final days of the celebrated exotic dancer and spy. Matt Marks’ sleek score included handsome pastiches of period tangos and fox trots, but the title character came across as a smaller than life whiner as performed by actress Tina Mitchell.

So sensible and down to earth was this Mata, in fact, that I couldn’t help thinking she would escape execution and perhaps be assigned community service instead. But, alas, as Clément might have foreseen, she ends up the victim of an (offstage) firing squad. It’s just not easy being a woman in opera. 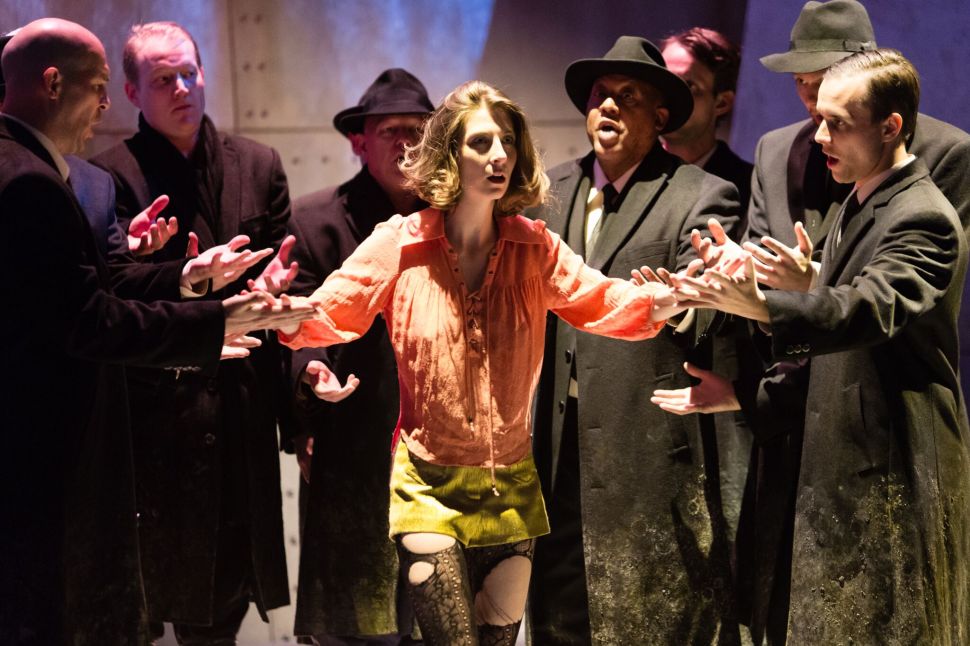