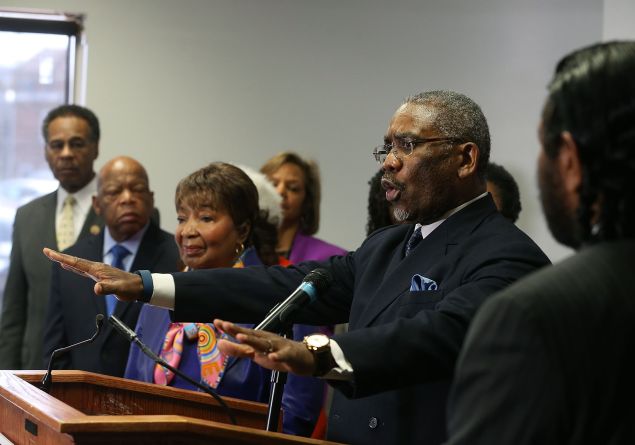 Queens Congressman Gregory Meeks, a prominent former Hillary Clinton surrogate, is using his official act of the newly-convened 115th Congress to demand that the House Foreign Affairs Committee hold a hearing examining Kremlin interference in the presidential election—which the intelligence community believes has done on behalf of President-elect Donald Trump.

Two days before New Year’s Eve, President Barack Obama signed an executive order applying economic and diplomatic barriers on two Moscow intelligence services—the GRU and the FSB—four individual officers of the GRU and three companies that gave “material support” to the GRU’s hacking of email accounts belonging to top Democrats. The State Department also sanctioned two Russian individuals who were both already on the Federal Bureau of Investigation’s “Most Wanted” list and expelled 35 Russian diplomats and their families.

Meeks, a ranking member of the House Subcommittee on Europe, Eurasia and Emerging Threats, sent a letter to House Foreign Affairs Committee Chairman Edward Royce—a member of the GOP majority—requesting an investigative hearing.

“On behalf of the American people and for the sake of protecting our democracy, the House Foreign Affairs Committee must investigate these serious matters and shine a light on the role that the Russian government played in the hacking and spread of disinformation in our election,” Meeks continued.

Russian agents broke into the email accounts of the Democratic National Committee and of Clinton campaign chairman John Podesta and shared compromising correspondence with the site Wikileaks. The U.S. government believes this was done to abet Trump’s campaign.

Russian Foreign Minister Sergey Lavrov retaliated against Obama by revealing the Russian government had had submitted a proposal toPresident Vladimir Putin to declare “persona non grata” 31 diplomates from the U.S. Embassy in Moscow and four diplomats from the U.S. Consulate General in St. Petersburg. They also proposed shutting down the U.S. recreation facility and a U.S. Embassy warehouse.

But Putin announced that he would not oust any American diplomats, and Trump—who told reporters in the immediate aftermath that people should “get on with our lives”—called his decision “very smart.” The Queens-born businessman has a long history of praising the Moscow autocrat and his foreign policy moves in the Middle East, and reports have indicated his family company has ties to numerous Putin-aligned oligarchs.

Trump’s second campaign manager, Paul Manafort, stepped down after evidence surfaced that he had taken illegal payments from the pro-Russian former government of Ukraine. The president-elect has also selected the Russian-friendly Lieutenant General Michael Flynn for his national security adviser, and nominated ExxonMobil CEO Rex Tillerson—on whom Putin personally bestowed the Russian Order of Friendship Medal—to serve as U.S. Secretary of State.

Twenty days after the election, Meeks said that even though House Democrats do not have the authority to subpoena Trump over his potential conflicts of interest, they can and should use their positions to pressure him to divulge information about his companies’ dealings. At the time, Trump brushed off the concerns, claiming falsely that the “president can’t have a conflict of interest.”

Meeks was also very vocal about his opposition to Trump on the campaign trail. In August, the congressman, who also chairs the Congressional Black Caucus’ Political Action Committee, described Trump’s claims that liberal policies brought poverty, unemployment and crime to African-American neighborhoods as coded messages aimed at white nationalists. 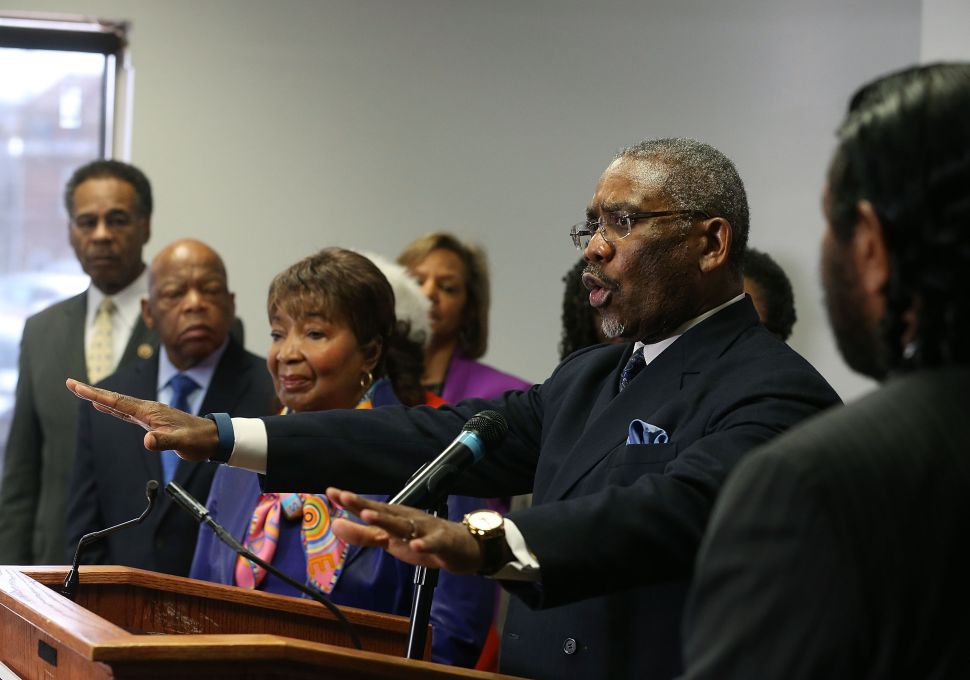