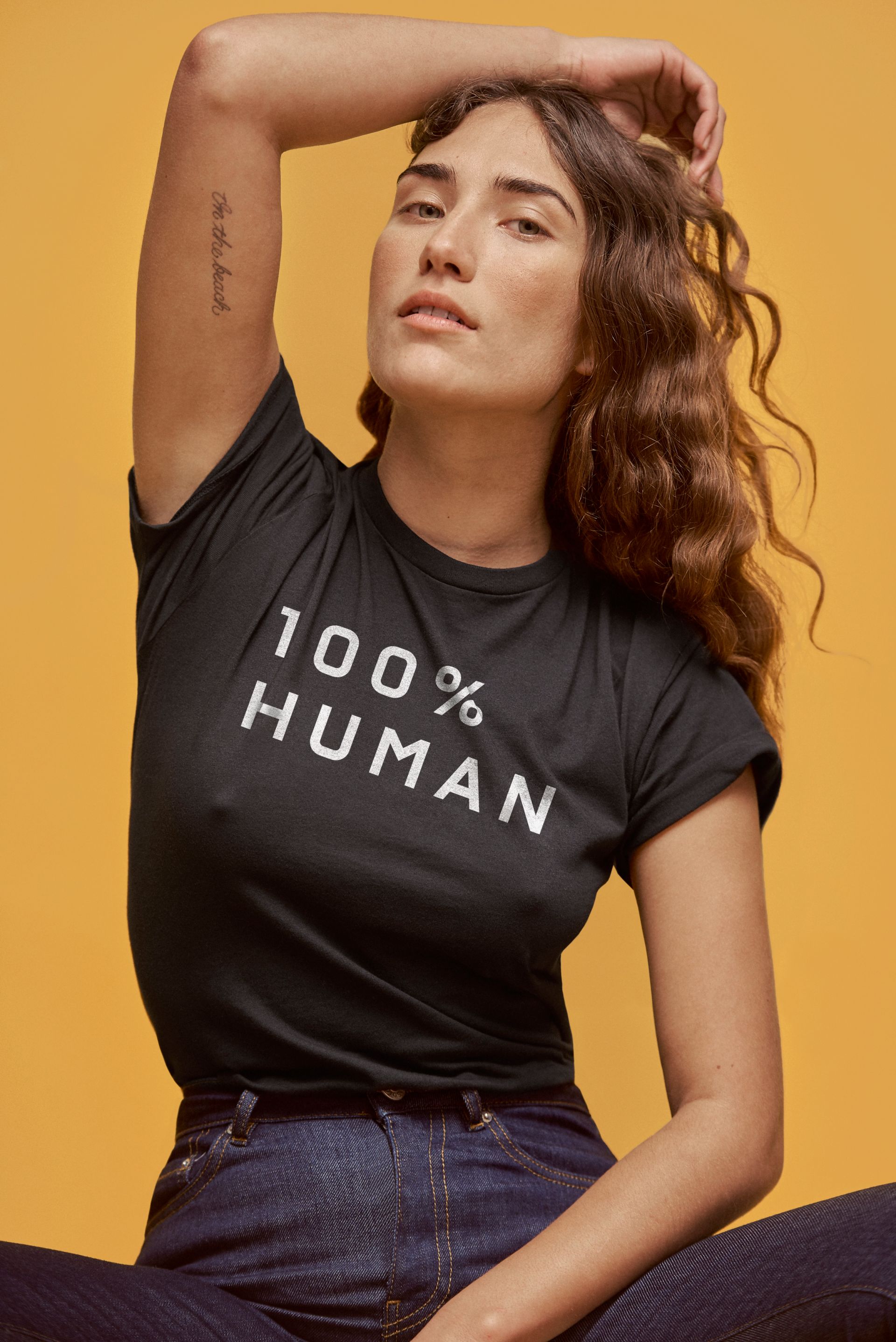 The latest initiative from the notoriously transparent direct-to-consumer brand focuses on "a message of equality and inclusiveness." Called 100% Human, this eight-piece range of t-shirts ($22) and sweatshirts ($50) all bear that slogan, with the hopes of spreading the message that humanity is a community. "After a long season of divisive rhetoric, we think two things matter most now—protecting those rights and remembering that we are more the same than we are different," the brand explained. To really drive that message home, $5 from each 100% Human product sold will be donated to the ACLU.

Who says a dainty piece of jewelry can't pack a major punch? Stella & Bow has created an adorably strong bracelet, that simply reads 'Nasty,' but is 14K gold filled and features teeny freshwater pearls. One hundred percent of the proceeds from the bauble, which costs less than $40, will be donated to Planned Parenthood. This one is perfect for all the Nasty women in your life. 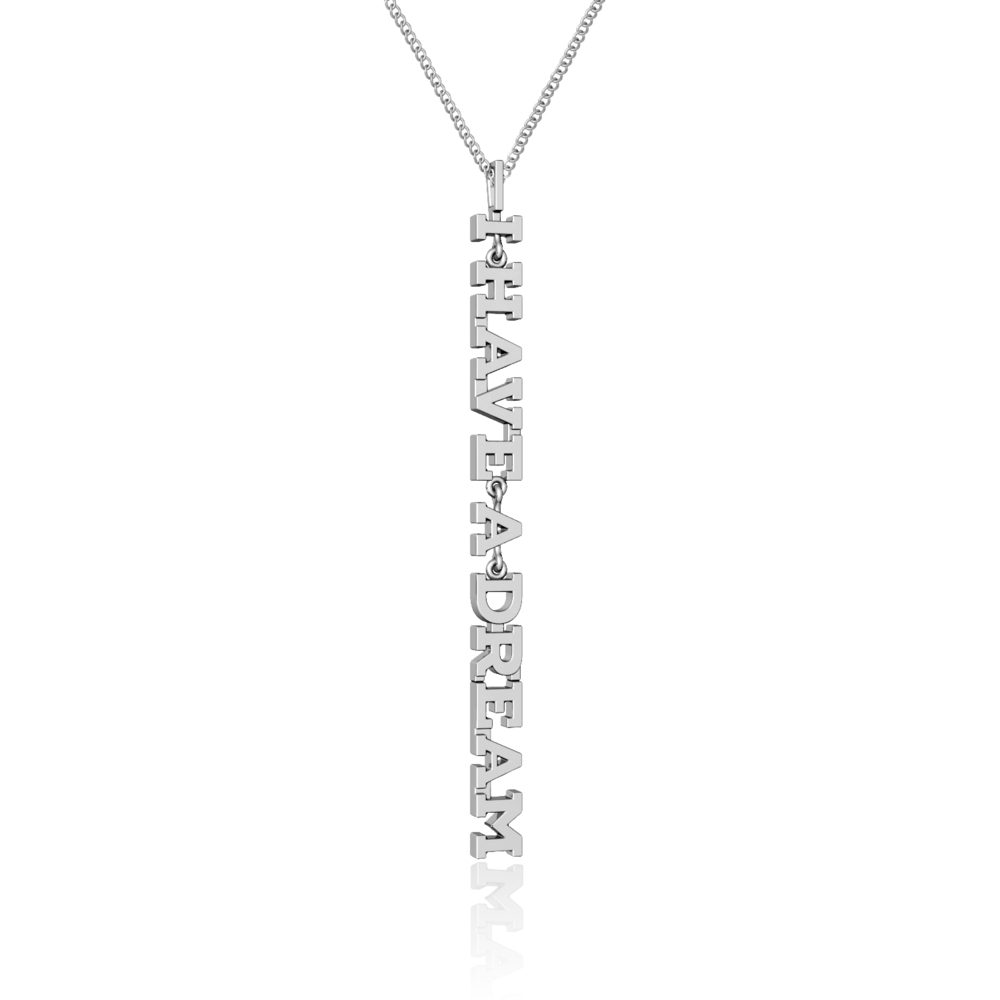 If you want to support American Civil Liberties Union, Southern Poverty Law Center, NAACP, and/or Planned Parenthood, consider investing in a Kanarek pendant. These fine baubles, offered in 10K yellow gold or sterling silver—some even feature diamonds—allow you to take a major stance, in style. With slogans such as 'Act,' 'Feminist,' 'Resist,' and even '#BLM,' your purchases will help impact the world. 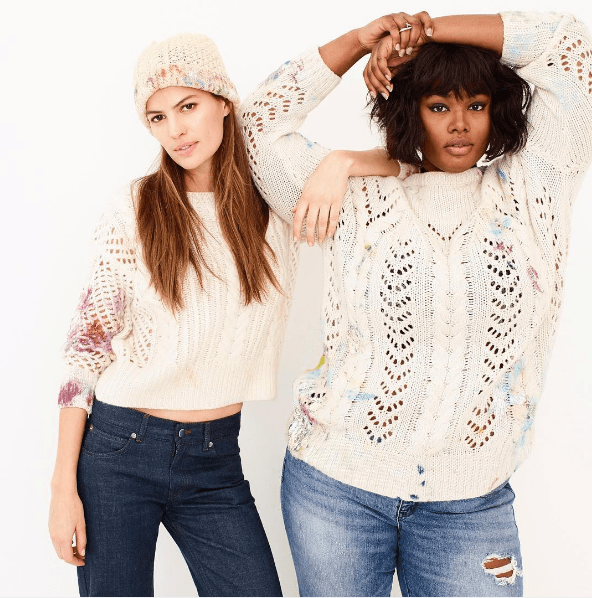 Designer Aurora James plans on marching on January 21, so she designed two sweaters and a beanie, along with fellow designer Ryan Roche and artist Hugo McCloud, that will keep her warm. Other women who plan on marching (and those who aren't) can scoop up these fisherman knits, which are crafted in Nepal by a women's collective. The proceeds from the collection will be donated directly to the Women's March. 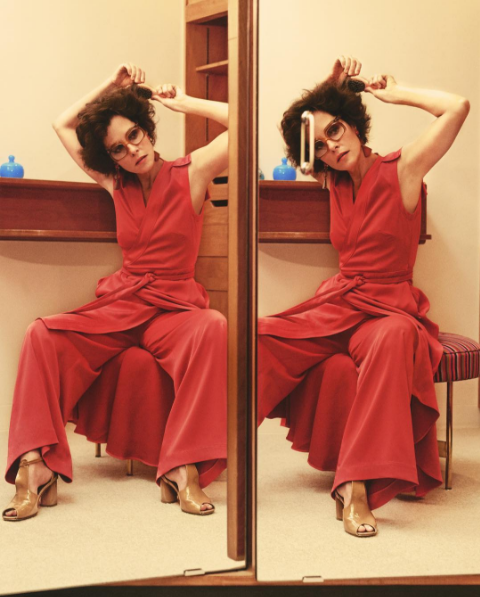 The designer who has become synonymous with cool Brooklyn style is planning a gender swap. Rachel Comey will be taking her team of 30 female employees from New York to join her at the Women's March in Washington D.C. on January 21; her L.A. team will be heading to the sister march in DTLA. In lieu of closing her NYC and LA shops, Comey is leaving it up to the boys to run the retail show for just one day. If you stop by to visit the working boys, know that your purchases will do good, too: 50 percent of all sales on January 21 will be donated to Planned Parenthood. 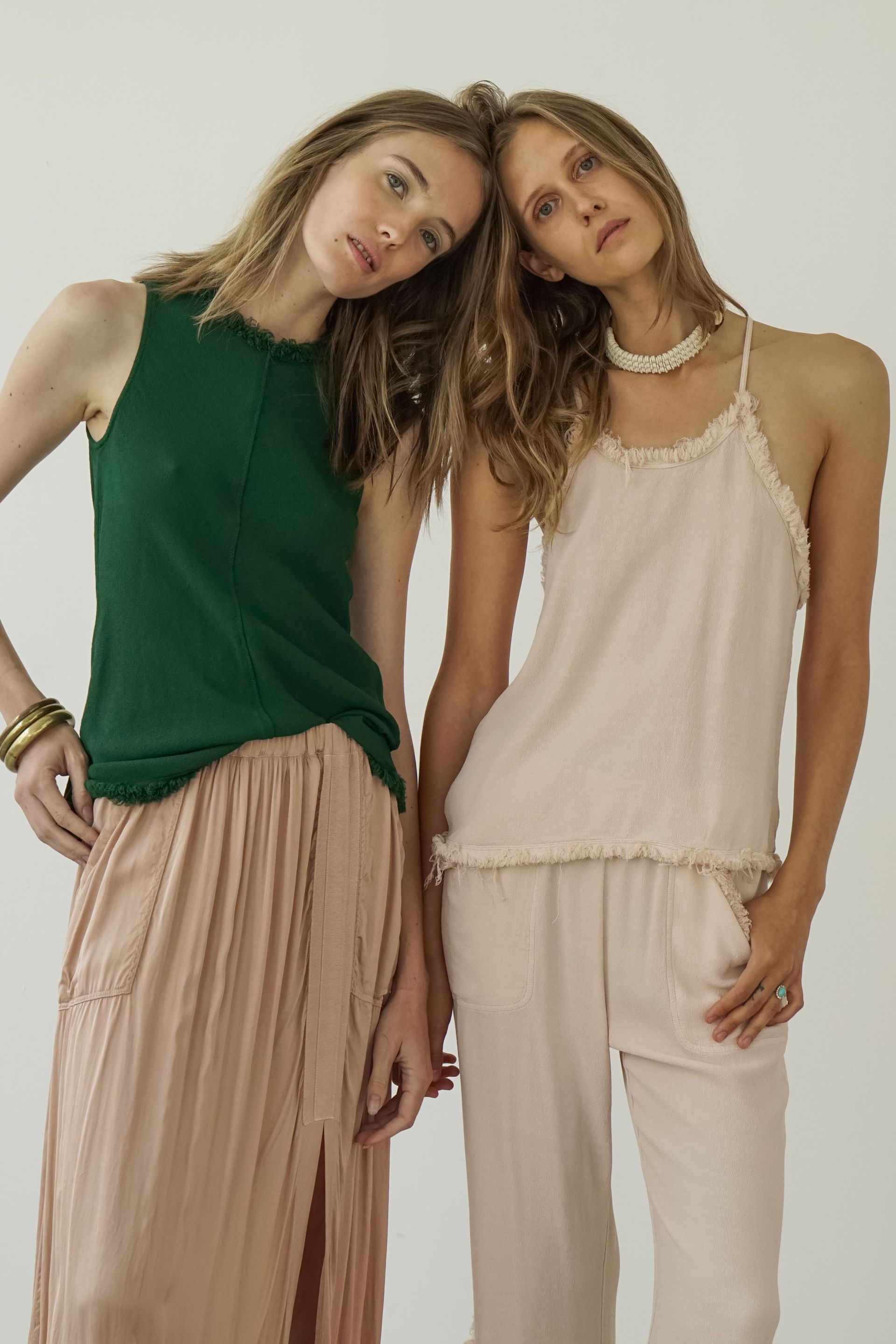 This Los Angeles designer has been donating five percent of her net sales to The Women's March on Washington through Gathering for Justice (the official non-profit that is organizing the March) since December 10. Be sure to stock up on one of her tie-dye sweatersor flowing skirts before January 21, when this charitable mission ends. 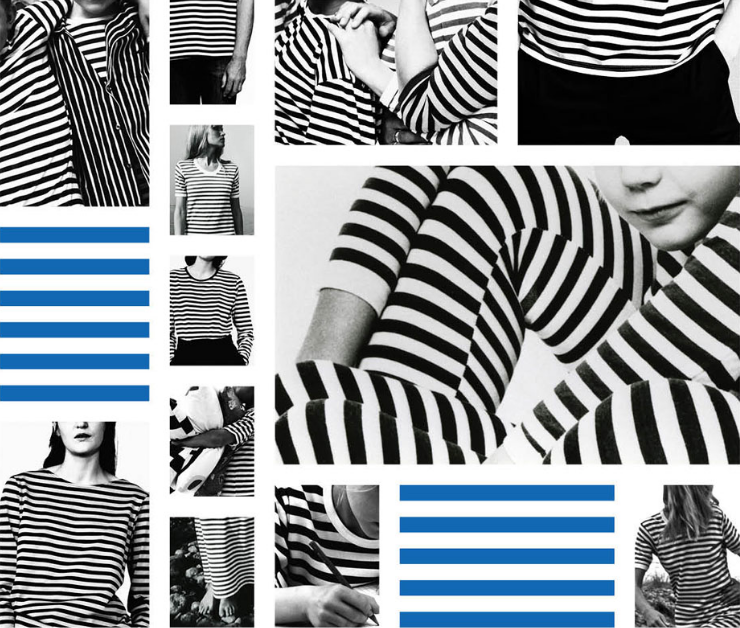 Wear your stripes with pride. Marimekko's Tasaraita collection was first designed in 1968 by Annika Rimala as a symbol of equality and in 2017, that vision is still relevant. The Finnish brand will donate $10 from every Tasarita garment purchased to Equality Now, until the end of February. This non-profit focuses preserving the rights of women and girls around the globe. Plus, the Tasaraita stripe comes in a handful of styles, from a button-down dress to a slouchy three-quarter sleeve shirt, so you can find a wear to rock these stripes with any look. 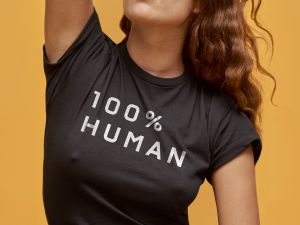 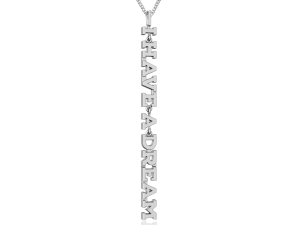 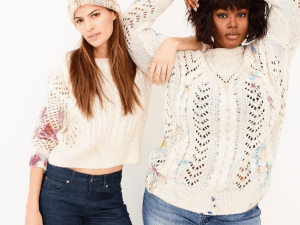 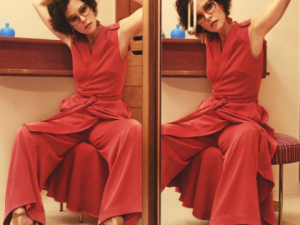 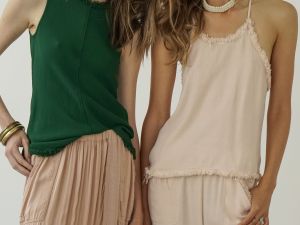 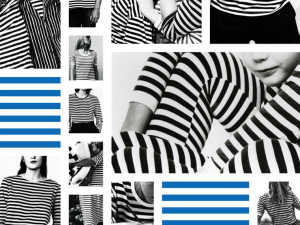 Perhaps you’ve heard that on Saturday, January 21, women will take to the streets of Washington D.C. to stand in solidarity while defending their rights. Over 200,000 participants (both men and women) plan on bundling up to march alongside celebrities and fellow feminists in our state capital. Sister marches in cities around the world have sparked interest in over 700,000 other individuals. (For more information on the Women’s March, check out CNN’s handy guide.)

Whether you plan on attending the March, or you won’t be able to make it, there’s one way to stand up and support the cause in a simple step: start shopping. A number of female-owned brands have rolled out designs that have been specially created to empower women; the proceeds from these powerful pieces will be donated to non-profits that promise to protect the rights of all people.

Of course Planned Parenthood is one of those organizations, as it is a vital key for women’s reproductive health. The direct-to-consumer startup Everlane plans on donating money to the ACLU, while jewelry line Kanarek has pledged donations to a number of organizations, including the NAACP and Southern Poverty Law Center.

Rachel Comey, on the other hand, plans on actually attending the March and she’s bringing along her female workforce; this Saturday she will be depending on her male employees to hold up the fort at her shops. She explained to the Observer via email: “We, as a company, are subsidizing employees to go to whatever March they’d like to attend… NY, LA, DC, etc. Therefore, for both retail stores, we’ve had to pull in a relief team, including my partner Sean and others on our staff, to help on that day. We aren’t dividing by gender, but for those not attending a March, we invite them to come to our stores on Saturday and help us raise money for Planned Parenthood.”