Jimmy McMillan—famous for running against Gov. Andrew Cuomo in 2010 on a single repeated slogan—gave his backing to GOP candidate Dawn Simmons in the February 14 special election for a vacant City Council seat in Harlem.

Gathering with Republicans on the portico of City Hall, the man who made the phrase “rent is too damn high” famous first at 14th Street and Eighth Avenue, then across New York and the nation, urged Harlemites to support Simmons for the open post. Special elections, like the one triggered when Assemblywoman Inez Dickens exited the Council to head to Albany, are non-partisan: candidates create and run on their own customized ballot lines, which cannot resemble any existing row on the ballot.

Simmons has gathered petition signatures to run on the “Dawn for Harlem” and “Rent Too Damn High” lines.

“People are working eight hours a day, 40 hours a week, they got a third job. And we’re here to make sure that doesn’t happen, give the people some type of comfort,” McMillan declared. “We’re here to change the rules to make sure people can live in this city. Now they’re being run out, ran out, chased out. The ‘Rent Is Too Damn High’ movement and party says no. That is not going to happen on my watch.”

McMillan, who has held below-market apartments in the East Village and Brooklyn,  then led the small crowd in calling out “the rent is too damn high.”

Simmons thanked McMillan for his backing and promised to carry his banner in the Council.

“Unfortunately, the rent is still too damn high,” she said. “That’s really a big issue for people in Harlem: people are getting left behind, people are getting squeezed out of their apartments. And I’m so glad for your endorsement, because I pledge to follow your movement and work hard to help all of our residents.”

Simmons had only a few vague suggestions for how to contain increasing housing costs, though. She promised to push for the repeal of the Urstadt Law, which puts the city’s rent rules under state control, but only the State Legislature and governor could repeal that statute.

She also pledged to encourage nonprofits and union pension funds to encourage more investment in low-cost development, but was thin on specifics.

Simmons faces an array of Democrats for the seat, including State Senator Bill Perkins—regarded as the frontrunner—and union activist  Marvin Holland, along with numerous other local activists and community leaders. But last week Holland’s lawyers unleashed a salvo of challenges to the validity of the signatures his rivals collected to get on the ballot.

In the unlikely event they are all successful, he and Simmons would be the only candidates in the running next month.

McMillan, who backed President Donald Trump for election last year, has already announced his own intention to run for mayor this fall. 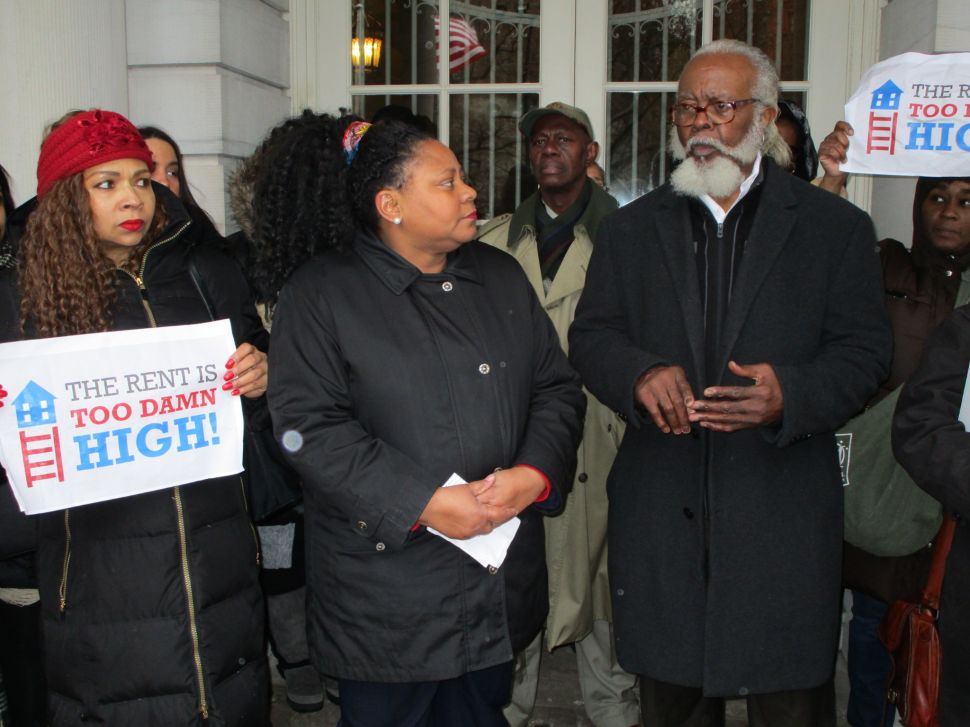