Britney Spears is perhaps the best-known former resident of the Silk Building, but she wasn’t the first famous face to buy into 14 East 4th Street.

Way back in 1998, Richard Gere purchased an apartment in the Noho building, under the Kensho Trust. He owned the place until 2011, when he sold it for $2.6 million to an entity known as 14 East 4th Street Unit 509 LLC. We’re not entirely clear on who is behind the limited liability company, but in case you couldn’t tell, the apartment is, indeed, number 509.

The current owner has listed the home as a rental a couple times since 2014, and it seems it was last leased in early 2016—perhaps suggesting they haven’t resided within the loft for quite some time.

The five-bedroom, three-bathroom condo is now back on the market, asking $20,000 per month. It’s a “live/work loft,” according to the listing held by Corcoran broker Paul Gavriani, so there’s an office with its own entrance, bathroom and kitchenette, which may be accessed from within the home or closed off, if one wishes.

The bathrooms all have Waterworks and Duravit fixtures, and the master suite includes a walk-in closet and bathroom with a “concave soaking tub,” separate shower. It’s finished off with a double vanity.

Gere has made a few other real estate moves in the last year. He sold his Sag Harbor estate, dubbed Strongheart Manor, for a staggering $36.5 million to Matt Lauer in June 2016, and he traded in Noho for a $2.25 million condo he purchased at 34 Gramercy Park East in early 2016.

Not only does his most recent move make him neighbors with his Pretty Woman and Runaway Bride co-star Julia Roberts, but it also means he’s just a few blocks away from the gorgeous Gramercy brownstone where his character in Arbitrage resides. 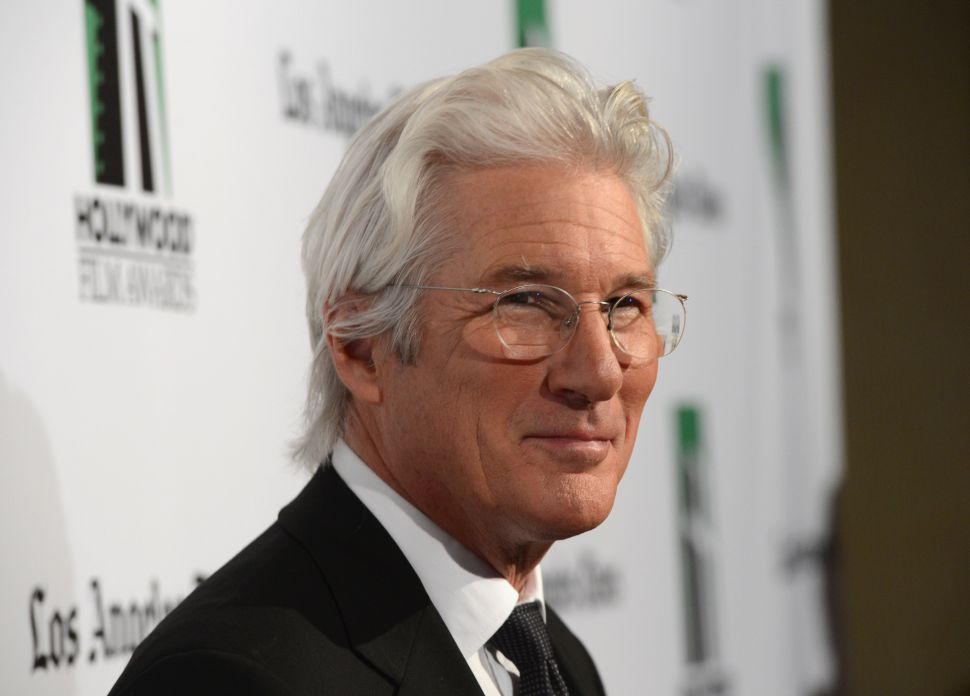