Mott the Hoople were the great British rock band of the 1970s.

Zeppelin were too loaded down in their alpine Ebow and Allah blues, their plane lost in the astral clouds somewhere between Mecca, Memphis, and Mordor; the Stones were faux-brutal celebutantes, capable of occasionally pulling some mighty fine spit’n’riff out of their narrow, tax-exile asses, but inconsistent, accountant-minded and as un-British as Arthur Treacher’s Fish & Chips; and Floyd, with their delicious and icy planetarium perfection, Northern Star arpeggios and first-date-deep psychological insights, claimed any -bonged basement as their homeland.

(As for the punk acts, the Clash only contended at the very end of the decade; the Jam only achieved true musical transcendence on one album (All Mod Cons); and the only other punk-era band that could have contended, The Damned, spread their best work between the end of the 1970s and the first half of the ‘80s.)

Ah, but Mott the Hoople!

Mott the Hoople combined the Bob’s-yer-uncle chimney sweep leer of the Small Faces, the beat-band frenzy of Star Club-era Jerry Lee Lewis, the sluggish ecstasy of the Kinks, the ludicrous stomp and clatter of Joe Meek, and the cocky sneer of Vince Taylor.

But then, they did two remarkable and unique things with all these joyous influences.

Or maybe it’s like Harry Nilsson joining Paul Revere & the Raiders; or (and perhaps, and this may be most apt), it’s like Elliott Smith being backed by some weird combination of Blue Öyster Cult and Dr. Feelgood.

In some weird way, maybe it’s what Kurt Cobain was reaching for—this mixture of the profane and the sacred biopsies of the soul—but Ian Hunter had an absolute directness with language, a love for melody and slogan, and a distaste for metaphor that made (and makes) him an absolute model of economy and grace, and literally one of the greatest songwriters rock ’n’ roll has ever produced. That Hunter was matched to a mach-speed-traveling garage metal slug of a rock band is, well, singular and spectacular.

Peter Overend Watts, the bassist for Mott the Hoople, died this past Sunday at age 69 (Overend, which many presumed to be a nickname, was, in fact, his actual middle name).

Watts’ thumping, nearly artless style was vastly dissimilar from the fleet Squire/Lake/Entwistle-isms of his era; yet it was both utterly perfect for Mott the Hoople, and profoundly influential on the kick-drum-matching/tonic-chord bass foundation that built punk rock. His influence on players like Paul Simonon, Alvin Gibbs, and Sami Yaffa is truly profound, not to mention his huge effect on contemporaries like Trevor Bolder and Gene Simmons.

In many ways, no other player, or style, would have fit Mott the Hoople. They needed someone to double up the low-end implied by the thresher-gravy sound of Mick Ralphs (and later Ariel Bender). Much like the Dolls (who had a similar, but even more clod-like and plodding approach to the bass), a whizzing, music-school bassist would have left the “Farmer John”/Dave Clark 5 dumbangel chord schemes and buzzing rhythm guitars twisting in the wind, without an anchor.

And Watts, in towering platforms, a haystack of silver hair, and bizarre clothing that both Slade’s Dave Hill and Derek Smalls would have found ridiculous, was probably the “other” primary visual focal point for the idea of Mott the Hoople. There are a lot of people out there who formed their idea of what English glam looked like or what a bass player should look like based on seeing that platinum mountain, Pete Overend Watts.

I would also be remiss not to mention this: the two albums by the Ian Hunter-less Mott (featuring Watts, drummer Dale “Buffin” Griffin—who, bizarrely, died almost a year to the day before Watts—and late-term Mott the Hoople keyboardist Morgan Fisher) are really far, far better than they “should” be, and deserve serious attention and reappraisal.

In fact, the second Mott album (1976’s Shouting and Pointing) is a terrific and fascinating bridge between Mott the Hoople, Slaughter and the Dogs/Boys-type boogie pop punk, and the more glammy/Hanoi-Rocky side of hair metal (vocalist Nigel Benjamin, who echoes glam’s sashay and presages Sunset Strip squealing, is dearly underrated as a singer).

Let’s end here: Mott the Hoople’s seven studio albums are filled with near-endless and entirely essential delights. The band consistently forge meat-hook garage rock, plaintive and pastoral hymns, girl group hysteria, honking sock-hop double-time bleats, self-mythologizing glitter anthems, and teen rebel broadsides into one of the most rewarding catalogs in the history of pop rock. Pick up just about any Mott the Hoople album and you’ll bear witness to their genius and the slow-galloping god-thump of bassist Pete Overend Watts.

My favorite at the moment is the extended version of Live, released originally as a single disc in 1974, but re-released 30 years later as a far superior double set. It’s one of the greatest live albums ever recorded: a raw, booming, cherry bomb of an album, it’s essentially the best Clash album the Clash never made, and it neatly ties together—in power-chording, chukka-chunka-charging, nearly out-of-control, Dave Davies-meets-Richie Blackmore throwing firecrackers off a train form—(nearly) all the different stages of Mott the Hoople’s career. 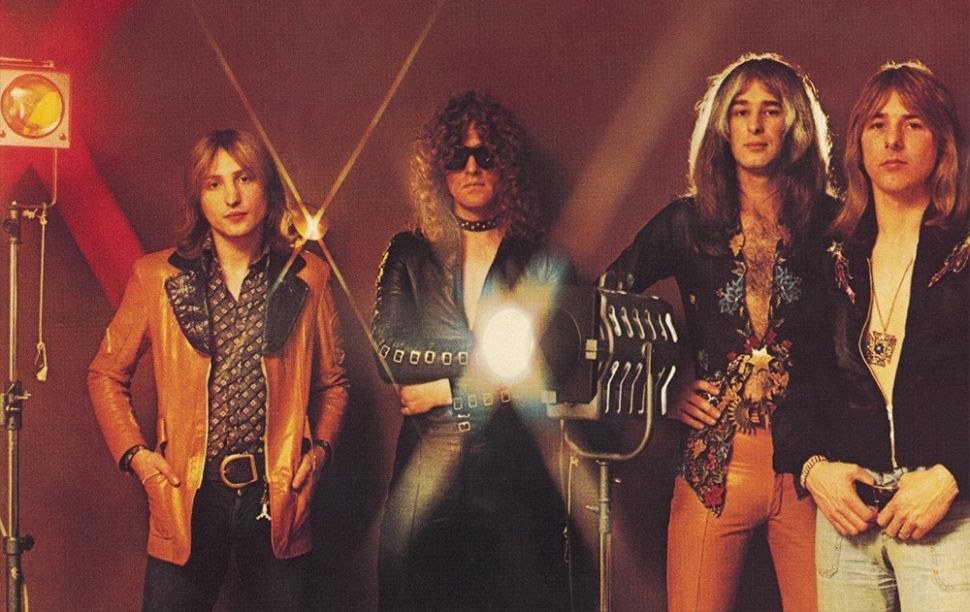