President-elect Donald Trump caused yet another stir over the weekend when he tweeted that Georgia congressman and civil rights icon John Lewis was “all talk… and no action” and that his district was “in horrible shape and falling apart.” The outburst, on the eve of Martin Luther King Jr. Day, came after Lewis said he would skip Trump’s inauguration on Friday.

Many of Lewis’ congressional colleagues, along with other A-list stars, leapt to the congressman’s defense this weekend. And then there was Rob Schneider.

The comedian, and star of the critically derided Deuce Bigalow and Grown Ups movies, tweeted this earlier today:

Rep. Lewis. You are a great person. But Dr. King didn't give in to his anger or his hurt. That is how he accomplished & won Civil Rights.

Many Twitter users found this behavior unseemly, and called out Schneider not only for his uncouth tweet but also for his history of playing racially stereotyped characters:

Rob Schneider lecturing @repjohnlewis is the most embarrassing thing he's ever done. Yes, this includes The Animal.

you shut your know-nothing whitesplaining ass the fuck up and the fuck down for the rest of your horrible movie making ass life https://t.co/kBgUsIcklH

Who on God's green earth even asked your opinion on the Civil Rights Movement?Crawl back to the end of the credits of an Adam Sandler movie https://t.co/1uRgJkg43r

RACISM IS OVER DEUCE BIGALOW SAID SO https://t.co/La8GevtlcX

That dude from Surf Ninjas is woke as hell. https://t.co/RTOD3XByHT

Lord, give me the confidence of a mediocre white man who tries to lecture a civil rights hero about MLK. https://t.co/lsL3jEntut

It's shocking that Trump didn't appoint this man Secretary of Education. https://t.co/aiWUfaG1uK

This is the hottest of hot takes. https://t.co/a47AtetcLQ

Rob Schneider in “I Now Pronounce You Chuck and Larry” (2007) pic.twitter.com/HGdLNGMJde

For his part, Lewis spent the day tweeting out inspiring images of King from the civil rights movement. 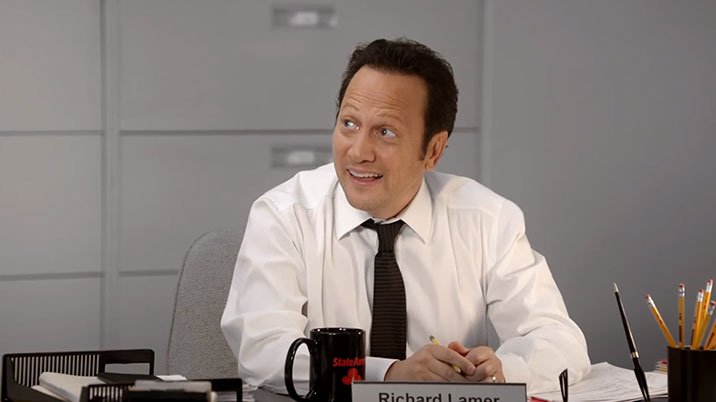