In December 2016, former President Barack Obama ordered a full review of alleged Russian hacking, which Democrats continue to sensationalize to provide a scapegoat for Hillary Clinton’s election loss. Obama stated that the review would be completed before he left office and as much information as possible would be released to the public. While Clinton partisans ran with the Russian narrative to substantiate their belief that Clinton rightfully won the presidency, Trump partisans completely dismissed the allegations, leaving people who were skeptical and wanting more information drowned in the partisan fray induced by the mainstream media.

Fake news has become a controversy after the election, and mainstream media outlets have continued to run their own erroneous news stories based on the Russian election interference allegations.

On November 24, The Washington Post published a controversial interview with anonymous sources from PropOrNot, a poorly-constructed website that listed several actual news sites as Russian propaganda outlets. Due to the backlash they received, the Post added an editor’s note claiming that they do not “vouch for the validity of PropOrNot’s findings.” However, clearly the Post found the story too sensational to pass on the opportunity to propagate their own agenda, and they have since refused to take down the story.

On December 31, the Post published a story claiming the Vermont Utility System had been hacked. The story was quickly debunked, but not before a Democratic Senator and Governor exploited the false findings for their own political gain. An editor’s note was added to article: “An earlier version of this story incorrectly said that Russian hackers had penetrated the U.S. electric grid. Authorities say there is no indication of that so far. The computer at Burlington Electric that was hacked was not attached to the grid.” Not only was the computer not attached to the grid, but the malware code found on the laptop is common and in no way implied that the genesis of it was the Russian government.

On January 12, C-SPAN broadcasting was interrupted for 10 minutes with the broadcast of RT (Russia Today.) A C-SPAN investigation concluded that the error was the result of a routing glitch, which it predicted when the event initially occurred. However, mainstream media outlets sensationalized the glitch and hypothesized that it was the result of a Russian government hack.

On October 31, Slate published an article claiming there was an email server connection between a Russian bank and Trump’s businesses. The article was debunked by The Washington Post, Snopes, and other outlets, but not before the Clinton campaign issued a press release and multiple tweets that touted the findings as fact.

The same day, Mother Jones’ David Corn published an article claiming an anonymous veteran spy gave the FBI information alleging a “Russian operation to cultivate Donald Trump.” On January 10, BuzzFeed published a dossier based on the information from that spy. It was filled with errors, and the allegations in it were unverifiable. BuzzFeed’s Editor-in-Chief continues to defend releasing it to the public, despite criticism from other mainstream media outlets, many of which had access to the dossier for over a year but didn’t publish the claims because the errors in the report undermined its credibility as a whole. Though BuzzFeed has defended its release and claims that the intelligence community views the dossier as important, the CIA Director under Obama, John Brennan, admitted that he never bothered to even read it.

In early October, when Wikileaks released the emails of Clinton Campaign Chair John Podesta, a Sputnik Weekend Editor misinterpreted a leaked email in an article he published in haste, and the article was later taken down. The editor mistakenly attributed quotes to Sidney Blumenthal about Benghazi that were actually part of an article written by Newsweek journalist Kurt Eichenwald. This misinterpretation went viral on Twitter, and Donald Trump repeated the claims at a rally later that day. Eichenwald developed a Russian conspiracy theory based on the mistake, only to frantically threaten the Sputnik Editor, who was fired and harassed by pro-Clinton trolls, for debunking his popular story. The Washington Post and several other media outlets exposed Eichenwald’s story as false, but Newsweek has yet to retract it. Instead, they have amended the article with language that makes the false claims appear more speculative than definitive.

Mainstream media outlets have stretched the truth to propagate the Russian election interference narrative in part because intelligence agencies have not found evidence of Russian election hacking. On December 29, the Department of Homeland Security (DHS) and FBI published a joint report that was initially advertised as solid proof of Russian hacking, but the report fell far short from that mark. The report even included disclaimer on the first page that read, “this report is provided ‘as is’ for informational purposes only. The Department of Homeland Security (DHS) does not provide any warranties of any kind regarding any information contained within.”

“With respect to the alleged interference by Russia and WikiLeaks in the U.S election, it is a major mystery why U.S. intelligence feels it must rely on ‘circumstantial evidence,’ when it has NSA’s vacuum cleaner sucking up hard evidence galore,” wrote NSA Whistleblower, Bill Binney, a 36-year veteran at the agency who designed the monitoring program, ThinThread, that was used for a mass surveillance program on American citizens and foreign leaders that Edward Snowden later exposed with Ray McGovern, a 27-year CIA Veteran Analyst, for CounterPunch. Binney and McGovern also noted that former Director of National Intelligence, James Clapper, in addition to committing perjury in a congressional hearing, oversaw analysis of satellite imagery at the National Imagery and Mapping Agency that helped fabricate the lie that WMDs existed in Iraq in order to provide a reason for the U.S. to invade. “Because NSA can trace exactly where and how any ‘hacked’ emails from the Democratic National Committee or other servers were routed through the network, it is puzzling why NSA cannot produce hard evidence implicating the Russian government and WikiLeaks.” During Obama’s last press conference, he acknowledged that he didn’t have conclusive evidence as to what Wikileaks’ role was in the hacks aside from releasing the emails.

Despite Obama’s promise to provide a review on Russian hacking allegations before his presidency ended, little to no evidence has been revealed to the public. Left to corroborate these claims in the dark, mainstream media journalists, particularly those who are pro-Clinton, have jumped at any possible leads that indicate a link between Trump, Wikileaks, and the Russian government. In their efforts to uncover the allegations, they have become part of the problem by spreading sensationalized misinformation. 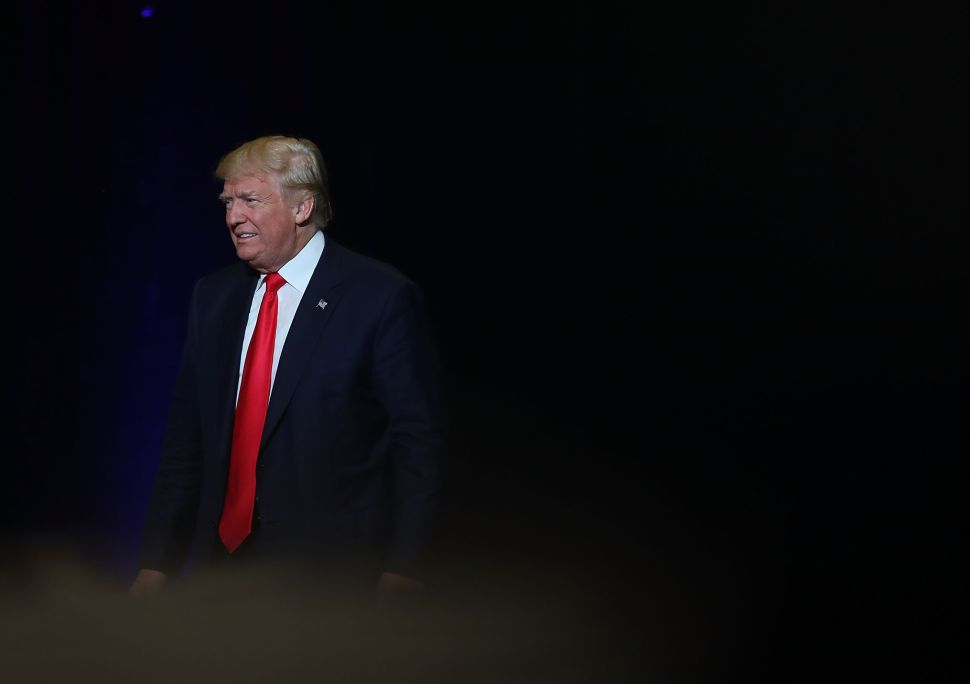