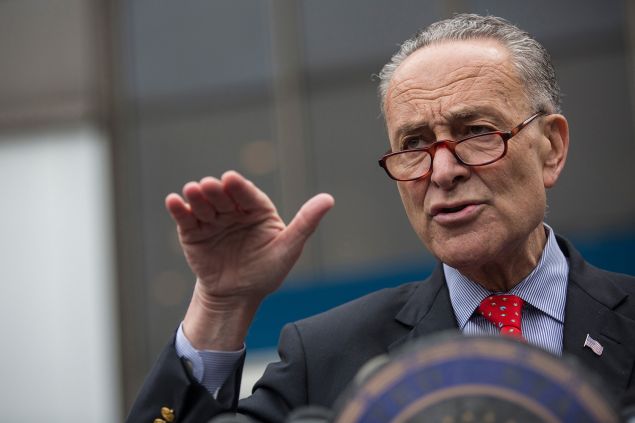 The Senate is bracing for a packed week of interviewing Trump’s picks for some of the nation’s top offices—among them Alabama Sen. Jeff Sessions for U.S. Attorney General; ExxonMobil CEO Rex Tillerson for U.S. Secretary of State; retired General James “Mad Dog” Mattis for U.S. Secretary of Defense; and McConnell’s wife Elaine Chao for U.S. Secretary of Transportation—beginning tomorrow. Democrats have expressed reservations about a number of them: Sessions for his history of racially inflammatory remarks; Tillerson for his intimate ties to Russian President Vladimir Putin; Mattis for needing a special waiver to head the Pentagon, since he returned to civilian life just three years ago, instead of the required seven.

Schumer used social media to remind McConnell of his demands of Obama’s nominees when Republicans were in the minority eight years ago, posting a letter the GOP sent to former Senate Democratic Leader Harry Reid, who retired at the close of 2016. 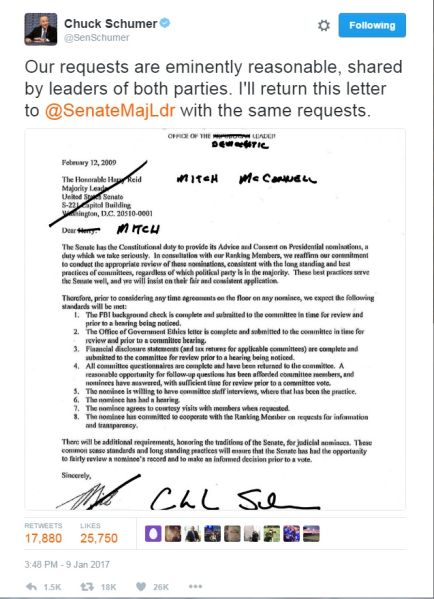 On Facebook, New York’s senior senator and the most powerful Democrat in Washington made his concerns more explicit.

“President-elect Trump’s nominees pose particularly difficult ethics and conflict-of-interest challenges,” he wrote. “Senate Democrats are asking that the same ‘common sense standards’ be applied to this year’s nominees that Leader McConnell called for in 2009. I’ll send this letter back to him with my minor edits.”

In both posts, Schumer or a staffer had used a felt-tip marker to put a line through “Republican” in the letterhead of the document and written “Democratic” below it. They also slashed out the heading addressed to Reid and scribbled in “Mitch McConnell” beside it, replaced “Harry” with “Mitch” in the greeting and crossed out the GOP leader’s name at the bottom and replaced it with the Democratic leader’s own.

Senate rules allow Cabinet confirmations to go through on the strength of a simple majority vote once they leave committee, meaning Schumer’s 48 members will not be able to deploy the filibuster to block them. They will thus need at least three Republican votes to stop any of Trump’s nominees from assuming their assigned posts.

McConnell has promised to wait until each nominee’s disclosures and ethics letters are out before allowing a vote to install them in their new jobs. 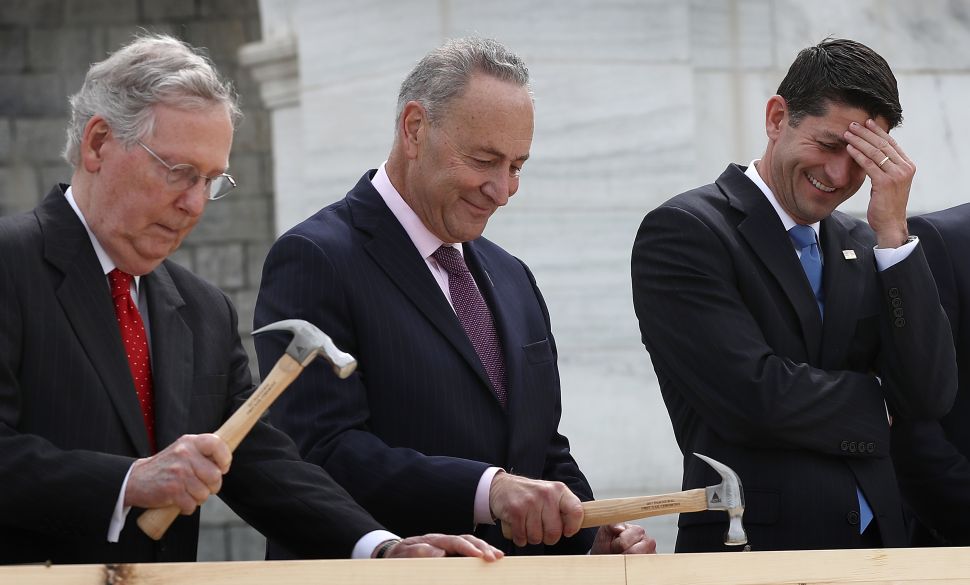