A team of Tel Aviv University archaeologists recently made a discovery of Biblical proportions, which may reveal the true location of King Solomon’s legendary mines.

The group, whose research appears in this month’s Journal of Archaeological Science: Reports, explored a region of the Tinma Valley in Israel that is often referrred to as “Slaves’ Hill,” because when American archaeologist Nelson Glueck discovered the site in 1934 he believed it was an Iron Age slave camp

But since 2014, team leader Dr. Erez Ben-Yosef and his colleagues have worked to debunk this theory—they found remnants of the inhabitants’ food and clothing (preserved by the desert conditions) which pointed toward evidence of a more hierarchical, military society. Israel was involved in several military conflicts at this point in history, most famously the Biblical account of King David (Solomon’s predecessor) smiting 18,000 enemy soldiers in the Valley of Salt.

“Historical accuracy of the Old Testament accounts is debated, but archaeology can no longer be used to contradict them,” Ben-Yosef told Sci-News.

The team’s latest findings indicate that the site was not only part of King Solomon’s mine system, but also a large hub for copper production. They discovered a stone gatehouse featuring platforms, defensive fortifications and secret passageways which was apparently used to protect and transport the copper mined on the site—copper was an extremely precious resource at the time of Solomon’s rule (970-931 BC).

“The gatehouse and walls…indicate substantial investment in deterrence and defense, reflecting a period of instability and military threat,” Ben-Yosef said.

Scientists also discovered livestock pens in the complex, along with intact animal bone and dung samples (Ben-Yosef noted the “extraordinary preservation of organic materials”). After analyzing these elements, along with pollen, seed and fauna found on the site, they determined the animals were fed hay and grape pomace, high quality sustenance which would have given them energy on long trading journeys.

According to the report, the discovery of copper’s important role in this community adds credence to the theory that it was an important part of King Solomon’s empire and not simply slave quarters.

“The results of our study shed new light on the Iron Age society engaged in copper production…further stressing its complexity and centralized organization, as well as its involvement in inter-regional trade,” the archaeologists said. 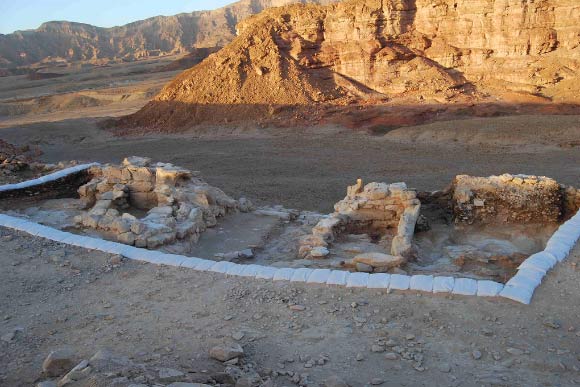