Despite record highs for stock indexes (not a true indicator of the health of the U.S. economy, by the way), 2016 was a bad year for business enterprises—especially those in retail. Statistics released by the American Bankruptcy Institute disclosed that in 2016, there was a 26% increase in commercial bankruptcy filings over 2015.

Last year saw a surge in retail bankruptcy filings, most of which were blamed on shifts in consumer spending behavior. Some of those that filed for bankruptcy reorganization or liquidation were Backwoods Retail, Nasty Gal, Pacific Sportswear, Aeropostale, Direct Buy, Sports Authority, Vestis Retail Group, Golfsmith, Movie Stop Hancock Fabrics, and Total Hockey to name a few. Additionally, just after January 1, The Limited announced that it will be filing a bankruptcy proceeding, and will be soon closing and liquidating its inventory and assets at all of its stores.

The most endangered of the retail species is Sears Holdings, which owns or controls both the Sears and Kmart retail chains. Same-store sales for Sears in November and December 2016 were down 13 percent over the same time period of 2015. Over the last five years, the cumulative losses from the Sears operation amount to a whopping $8.2 billion. In order to allay the concerns and fears of suppliers and shareholders, during the first week of January, Edward Lampert, the CEO of Sears Holdings, announced steps that superficially appear to assist the Sears retail operation, but once cutting past the veneer, disclose a strategy which could backfire on suppliers, employees, landlords and shareholders.

The announcement by Sears Holdings said that (1) the Craftsman line of tools is being sold to Stanley Black & Decker for $900 million, (2) 150 stores will be closed, and (3) Lampert’s holding company would provide $1 billion in new debt financing. A superficial view of these initiatives may appear to be a positive step—apparently so since the price of the Sears stock increased dramatically after the announcement. However, based on the insight of those familiar with pre-bankruptcy strategies, the opposite may be true.

The Craftsman line of tools has been one of the few remaining unique brand mainstays of the Sears retail operation, and one of the only areas besides Kenmore appliances where Sears maintains a uniqueness in the market. The $900 million purchase price, while injecting cash into the floundering operations, will diminish cash flow, diminish profitability and customer traffic as well as customer loyalty over the long term. One does not usually dispose of its unique brand in the marketplace while at the same time contemplating a long-term viability.

While the infusion of $100 billion of debt from Lampert’s holding company will inject much-needed cash to purchase goods and continue operations, according to published reports, the entirety of the loan will be secured by unencumbered Sears real estate. This means that equity in the owned real estate that currently exists for the benefit of trade vendors, service suppliers, employee benefit packages and shareholders will evaporate once the mortgages are put in place. Assuming the cash hemorrhage from the retail operations is not curtailed, within a reasonably short period of time, much of the cash will be gone, with the creditors and shareholders being subordinated to the secured position of Lampert’s holding company.

While the closing of the underperforming 150 stores may be long overdue, these closures will exact hardships on the laid off employees, will increase expenses related to the closures and further reduce cash flow. Since Kmart is closely tied to Sears and, itself, experiencing less than stellar performance, it, too, suffers by the common association with Sears.

This means that if the Lampert gamble with other people’s money fails and a Chapter 11 proceeding were to be filed for Sears, little equity would be left for what is known as debtor-in-possession financing in order to continue the Sears operations, minimal cash would be available for ongoing operations, and in any plan to reorganize the operations—or, if there were to be a liquidation—creditors would have little to look to for payment, and in all probability, shareholders would be wiped out. While every hope and expectation is that the steps to revitalize Sears will be successful, nothing has been demonstrated by current management that will reverse the long-standing downward spiral.

Additionally, if the new administration’s proposed tariffs on imported goods such as clothing is implemented, the cost of these goods will increase dramatically, thus further inhibiting the opportunity for distressed retailers such as Sears and Kmart to return to break even, much less profitability.

Unless Sears becomes the Phoenix bird of modern retailing, all of the recently announced actions and strategies may only be maneuvers to prepare for a Chapter 11 reorganization or liquidation where landlords, suppliers of goods, service providers, employees and shareholders will be left holding the proverbial bag (with nothing in it). 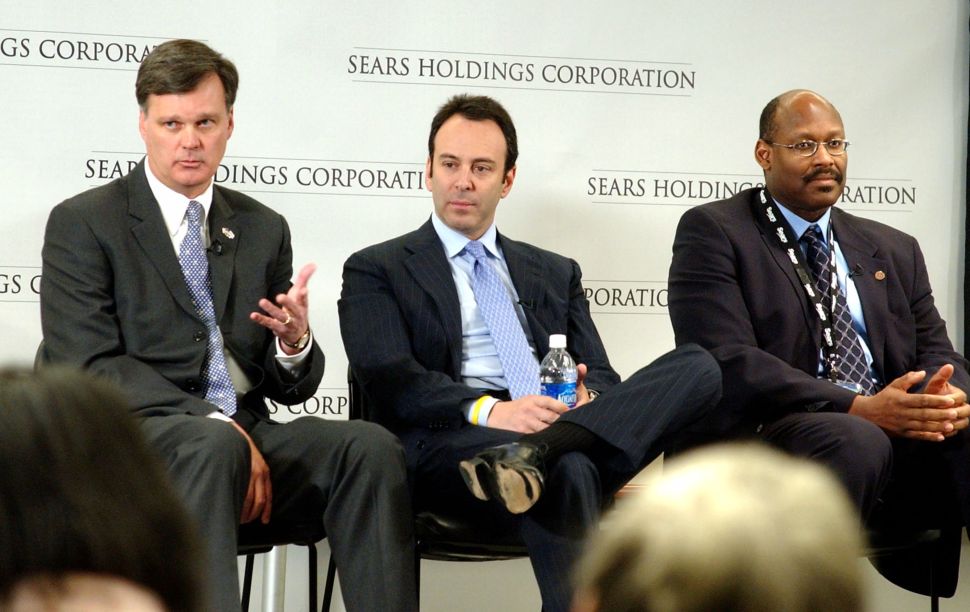