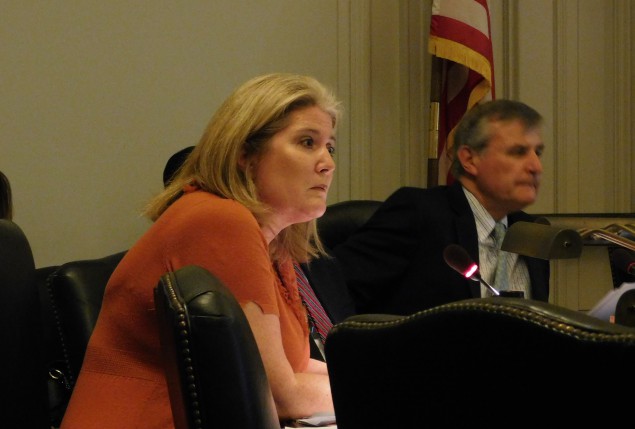 Schepisi denied that there was validity to the claims. Alyana Alfaro for Observer

New Jersey’s 39th legislative district is currently represented by State Senator Gerald Cardinale, Assemblywoman Holly Schepisi and Assemblyman Bob Auth. However, according to a source, that incumbent team may not receive the support of the Republican Party organization in the coming legislative election.

According to Cardinale, the incumbents are committed to running together.

“The three of us have agreed to run as a team. We have submitted the appropriate paperwork according to the bylaws of the BCRO,” Cardinale said. “It is the county committee who makes the determination as to the line. No determination to my knowledge has been made by the county committee at this time. In any event, ultimately it is the voters who make the decision whether it is in the primary election or in the general election as to who goes forward. I am confident. I have no problem submitting my record to the voters.”

Cardinale said that he is also confident in the records of Schepisi and Auth. He said it is “not uncommon” for rumors to circulate at this point in the process.

When contacted about the possible shakeup in her district, Schepisi denied any validity to the claims.

“If I am running off the line that would be news to me,” Schepisi said. “I don’t see any conceivable reason from the political perspective how or why that would ever make sense.”

District 39 chairman Mike Ryan was also contacted about the rumors of a shakeup but declined to comment. Bergen County Republican Organization Chairman Paul DiGaetano, Tyburczy and McCann could not be reached for comment.