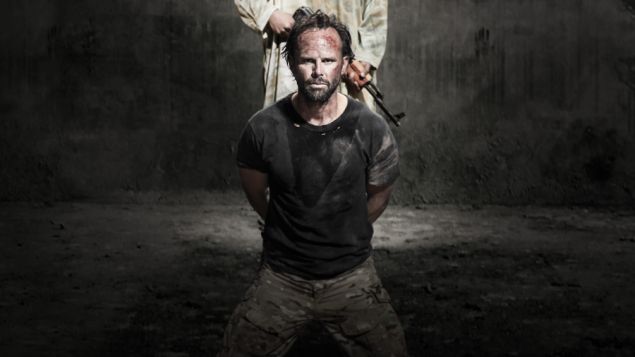 There have been a lot of television series about civilians going to war. Many are sanitized versions of the actual harsh realities that men and women face on the battlefield, and beyond.

A new drama takes an unflinching look at life in the combat zone, where there are constant questions about what’s real, who to trust and just how to survive in a hostile environment – both in country and at home.

Inspired by real missions, the series authentically captures the inside world of America’s elite Special Operations Unit, highlighting the life-and-death decisions the SEALs make to protect and serve their country.

SIX also delves into what being a member of such an elite squad means for the team members’ personal lives as well. 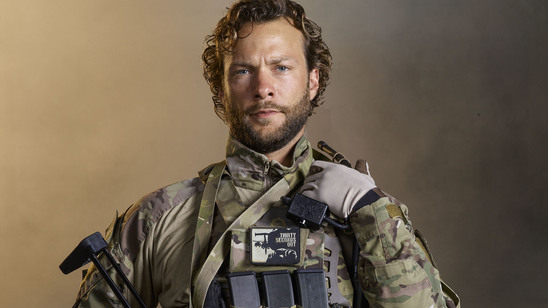 Kyle Schmid (Copper) and Edwin Hodge (Secret and Lies, Chicago Fire) star in the drama, with Schmid portraying Alex Caulder, a freethinking warrior-philosopher who was raised by an absent mother and no father on the coast of California. As a result of his upbringing, he learned that he couldn’t count on anyone and believes that his disconnectedness makes him the ultimate warrior.

Hodge plays Robert Chase, a former law student at Harvard before joining the SEALs. As the new guy on Six, he has to fight to be a part of the team while battling the expectations of his family. His father, a successful government lawyer and activist during the civil rights movement, sees his son’s choice to join the SEALs as a betrayal.

The actor came to the series with a unique background. “I’m the product of two Marines and for me, this show was an opportunity to get a basic understanding of what they went through and [learn about] who they were before I was born.”

Prior to working on SIX, Hodge admits that his vision of soldiers was a bit narrow. “I just looked at them as like robots in a sense. [But] these are your uncles, your brothers, your mother, your wives, and your cousins. This is family.”

To prep for their roles, all of the actors involved met with real SEALs and went through intense physical training.

“We did a four-day intensive SEALFIT boot camp, where we got a taste of what it’s like to go through hell Week,” explained Hodge.”They worked us to the bone. They probably took us to the lowest levels we’ve ever experienced in our lives, only to move us back up and convince us with a new way of thinking.”

He concedes that the training was grueling but necessary. “[It] was probably the best and most humbling process that we could have gone through to prepare for this show.” 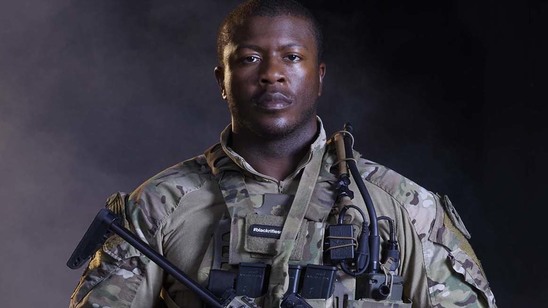 Schmid added, “I was just a bag of mixed emotions. I was scared – I didn’t know what was happening.”

Hodge revealed that he experienced a bit of breakdown during the training. “On the second night, I had to call my brother. I just needed somebody that I knew to tell me that everything was going to be okay. He was like, ‘Man, you got this.’”

While the series has loads of action, the personal toll combat takes on these individuals is an important aspect of the drama, says Hodge. “Once you’ve taken a life, how do you know how to deal with that? How do you relate to your family what you’re going through?”

He goes on to say, “It’s a heavy sacrifice for these men and women to go out and put their lives on the line for you and I. They do [that] to keep us safe and protect us. So, when we can actually humanize those people — give them a voice, give them a face, give them emotions — it makes it easier to understand why they do what they do. That was our goal with this show.”

Hodge says that although he knew taking part in SIX would be a challenge, he was interested because, “Instead of running around with a gun and playing a police officer on another show, this [was] an opportunity to actually push [myself] both mentally and physically.”

The creative team behind the series also factored into Schmid’s decision to sign on.

SIX was created by Academy Award nominated writer William Broyles, (Apollo 13, Cast Away), and the first two episodes were directed by Academy Award nominated, Emmy-nominated and DGA Award-winning director Lesli Linka Glatter (Homeland, Mad Men). The inclusion of Broyles son, David, a military special ops veteran, as a producer adds even more weight to the authenticity of the series.

“Our [creative team] have not only been nominated for Oscars but have actually fought in Viet Nam and in Afghanistan. And, [I believe] we’re making the kind of TV that will compete with some of the best scripted television,” says Schmid.

Schmid says that no matter what network the series airs on, the message of the narrative is significant. “I think it’s important for the government and Americans to realize that these [people] sacrifice so much, and come home asking for nothing in return. I think it’s important to acknowledge the fact, and we do.” 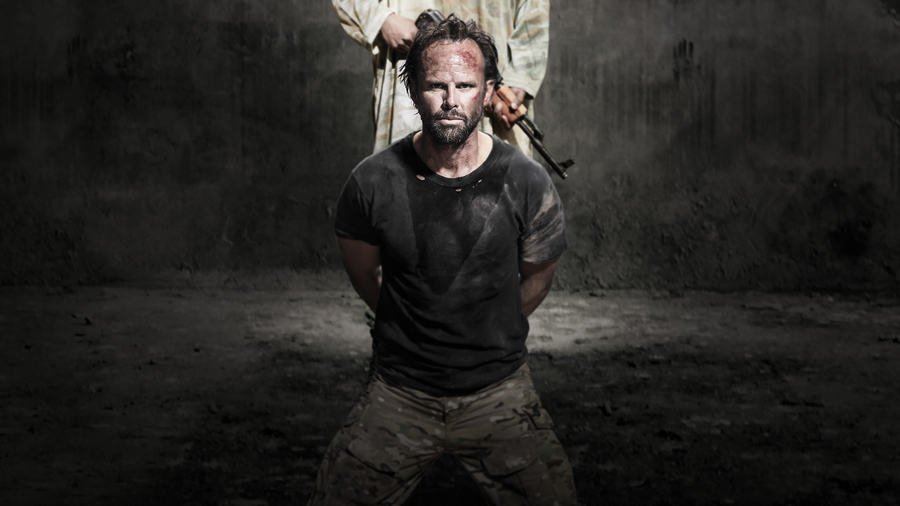