It will likely take over a decade for SpaceX to launch a manned mission to Mars but before those first history-making human colonists arrive, Elon Musk’s company must develop an established cargo route with the red planet to regularly transport scientific instruments, equipment and supplies to the surface. To accomplish this lofty goal, SpaceX must get its upcoming Falcon Heavy rocket—which will be the most powerful rocket in operation—off the ground. The private space firm plans that to happen this year.

The Falcon Heavy is essentially three of its current Falcon 9 cores strapped together to generate more than 5 million pounds of thrust, thanks to its 27 Merlin engines that can carry over 54 metric tons of cargo to orbit. It dwarfs the lift potential of the current most powerful rocket, the Delta IV Heavy, by a factor of two, and not since the Saturn V moon rocket last launched in 1973, has there been a rocket with this kind of deep space capability.

“The Falcon Heavy will carry more payload to orbit or escape velocity than any vehicle in history, apart from the Saturn V moon rocket, which was decommissioned after the Apollo program,” Elon Musk said in 2011. “This opens a new world of capability for both government and commercial space missions.”

According to Musk, the key to making humanity a space-faring civilization is to develop sustainable and reusable rocket technology to drastically reduce the costs of space travel. Since December 21st, 2015, SpaceX has successfully brought home the first-stage of its Falcon 9 rockets twice at Cape Canaveral’s Landing Zone 1 and four times on SpaceX’s autonomous drone ship, the Of Course I Still Love You. The company has yet to refly what they are calling a “flight proven” rocket but hopes to in the new year.

When the company launches the Falcon Heavy from Kennedy Space Center, it will attempt to bring home all three boosters within minutes of each other. Last summer, SpaceX took the first step towards this goal by requesting approval for two more landing sites at Cape Canaveral, in addition to Landing Zone 1, which is already leased by the company. SpaceX also leases Kennedy Space Center’s historic Pad 39A — the site of the first manned mission to the Moon—which the company hopes will one day launch the first humans to Mars.

Well, unless NASA manages to beat them to it by launching its own heavy-lift rocket, the Space Launch System. But even the space agency’s proposed schedule for a human mission puts its first launch in the mid 2030s; Musk hopes to schedule SpaceX’s first manned mission to Mars in the late 2020s.

Until then, the Falcon Heavy will, with luck and determination, be used to establish a regular cargo route with Mars that will launch every two years during a window when the two planets are in closest orbit. SpaceX hopes to begin these missions in 2018 using the Red Dragon spacecraft, a Mars-lander variant of the company’s Dragon cargo vehicle that currently resupplies the International Space Station. NASA has also contracted SpaceX to fly astronauts on a Dragon crew vehicle that will begin human testing in May 2018.

“Essentially what we’re saying is we’re establishing a cargo route to Mars,” Elon Musk said in an interview with The Washington Post. “It’s a regular cargo route…It’s going to happen every 26 months. Like a train leaving the station. And if scientists around the world know that they can count on that, and it’s going to be inexpensive, relatively speaking compared to anything in the past, then they will plan accordingly and come up with a lot of great experiments.”

A SpaceX spokesperson told the Observer that the company is targeting the maiden flight of the Falcon Heavy for the first half of 2017 but they have yet to determine what customer payload will be launched on the first flight of the powerful rocket from Pad 39A, if any.

But a cloud of uncertainty has been looming over the company’s launch manifest since the Falcon 9 exploded along with an expensive Facebook-owned internet satellite at its launch pad at Cape Canaveral, Florida last September.

SpaceX recently determined the cause of the explosion of their Falcon 9 citing fractured carbon lining surrounding a helium tank inside the second-stage fuel tank which led to an ignition of liquid oxygen. “The accident investigation team worked systematically through an extensive fault tree analysis and concluded that one of the three composite overwrapped pressure vessels inside the second stage liquid oxygen tank failed,” said SpaceX in an update on their website.

The firm will attempt to return to flight following the incident on January 8th with a customer launch from Vandenberg Air Force base in California and will follow that up with the first launch of a Falcon 9 from Pad 39A at Kennedy Space Center a few weeks later.

As for the Falcon Heavy, after the first flight and before the first Red Dragon launch in 2018, the heavy-lift rocket will be used to launch large government satellites and customer payloads like Planetary Society’s Lightsail 2 solar spacecraft, which is slated for delivery to orbit in the spring. 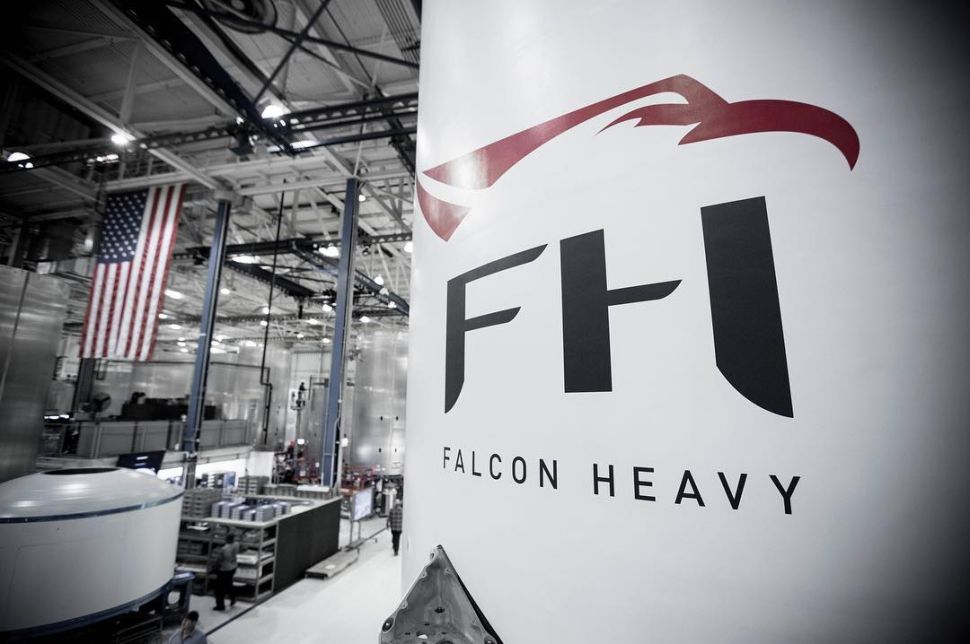