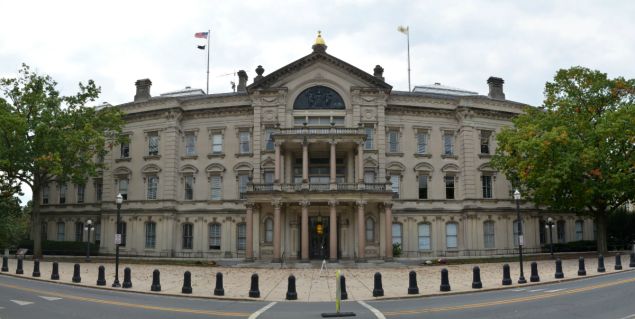 Independent spending is on track to hit new records in 2017’s gubernatorial and legislative elections, which will determine who takes the New Jersey State House. New Jersey Legislature

With New Jersey’s gubernatorial election just months away, the state’s Election Law Enforcement Commission is predicting further declines in spending on the part of state party organizations and a new record for spending from independent groups. Pointing to the success of single-issue lobbying groups in the various outcomes for key ballot questions during the state’s 2016 elections, the group’s Jeff Brindle said the trend of waning party influence will continue.

The “Big Six” state party and legislative leadership committees raised a combined $4.5 million and spent $3.8 million. Brindle said that “compared to 2008, a similar year to 2016, Big Six receipts have fallen by 32 percent and spending by 26 percent.”

He added that in 2012, a similar election year, receipts totaled $7.1 million and spending $6.4 million.

“The decline in state party entity financial activity was even more precipitous when comparing 2016 with 2012,” Brindle said. “Fundraising dropped by 36 percent and spending by 40 percent from four years ago.”

Independent groups spent approximately $28 million on ballot questions in 2016, including proposals on casinos and transportation as well as local ballot initiatives. Brindle said those totals will likely rise in a gubernatorial year.

“Once again, these figures underscore the need for political parties to be strengthened.They and candidates alike are losing ground to independent, often anonymous groups that are ever increasing their influence over the electoral process in New Jersey,” he said.

“Independent spending will far exceed this figure in 2017 and, in all probability, will exceed the record $40 million spent by outside groups in the gubernatorial election and legislative elections of 2013.”

See a more detailed breakdown of the numbers below. 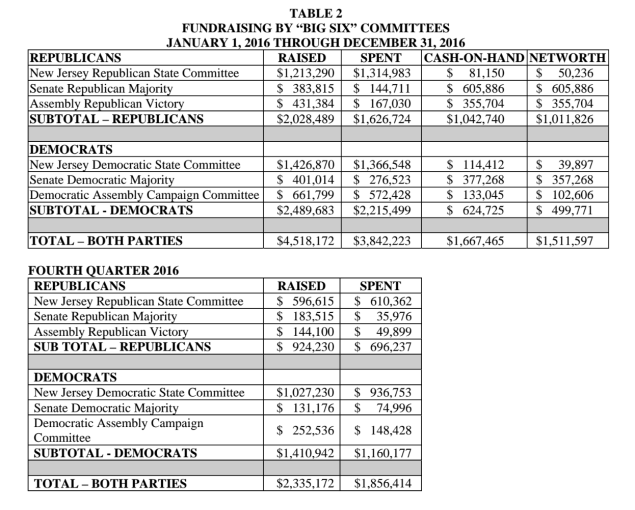