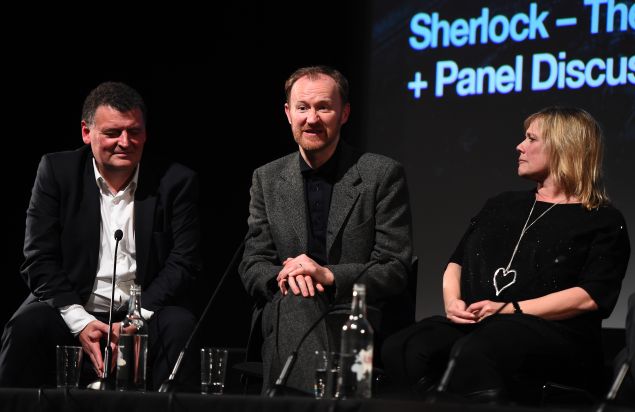 The curtain has closed on perhaps one of the most exhilarating seasons so far for Sherlock, but it also may well be the final time we visit Holmes and Watson at 221b Baker Street.

Starring Benedict Cumberbatch and Martin Freeman, Sherlock has enthralled millions of viewers around the world since its debut in 2010 and has racked up the most dedicated fandom of possibly anything ever.

Last night, the fourth season came to an end with a denouement that suggested, just possibly, that Sherlock has come to an end.

If it is to be the last, and no official confirmation has been made as of yet, then one of the show’s co-creators Steven Moffat (also the man currently in charge of that other worldwide BBC smash hit Doctor Who) had a message for fans around the world. A message he wanted everyone to heed.

During a panel following the finale at London’s BFI Southbank, the Scottish writer told journalists and fans who they should be thanking for Sherlock – the one person Steven regards as the ‘boss.’ Moffat said:

“If this is the last time, and we’re not planning it to be but it is possible – we could end it there. If we never come back, there is one thing I would like to say.

“And that is — and it’s not said enough, and it sort of goes by unnoticed — is THE boss of Sherlock – the number one person on Sherlock – sitting in front of you right now, isn’t me or Mark [Gatiss, co-creator and Mycroft actor] it’s the person to whom I’m married.”

Sitting with Moffat and Mark Gatiss was the other, sometimes unmentioned Executive Producer on Sherlock, Sue Vertue. The couple has been married for almost twenty years and also produced the award-winning (not to mention hilarious) BBC sitcom Coupling together. Moffat continued his praise for Vertue and explained his reasons why:

She is the absolute, ultimate boss of this show.”

Moffat’s words drew cheers and applause from the packed audience who clearly welcomed the writer’s honesty and appreciation. To emphasize his point, and to leave no-one in doubt, Moffat concluded:

“If you love Sherlock, if you have adored everything about it, the one person you have to thank the most isn’t Benedict, Martin, Mark, or me or any of those people, it’s my wife, Sue Vertue.”

Ever the producer, and grounded in making the show a success, Sue swiftly, and modestly, moved on; prompting Moffat and Gatiss to address the audience on which spoilers they shouldn’t mention to anyone (which was pretty much everything).

In an age when actors, directors, and even writers get the glory, it’s refreshing and heartwarming to see the talent behind-the-camera and behind-the-scenes received such well-deserved public gratitude. 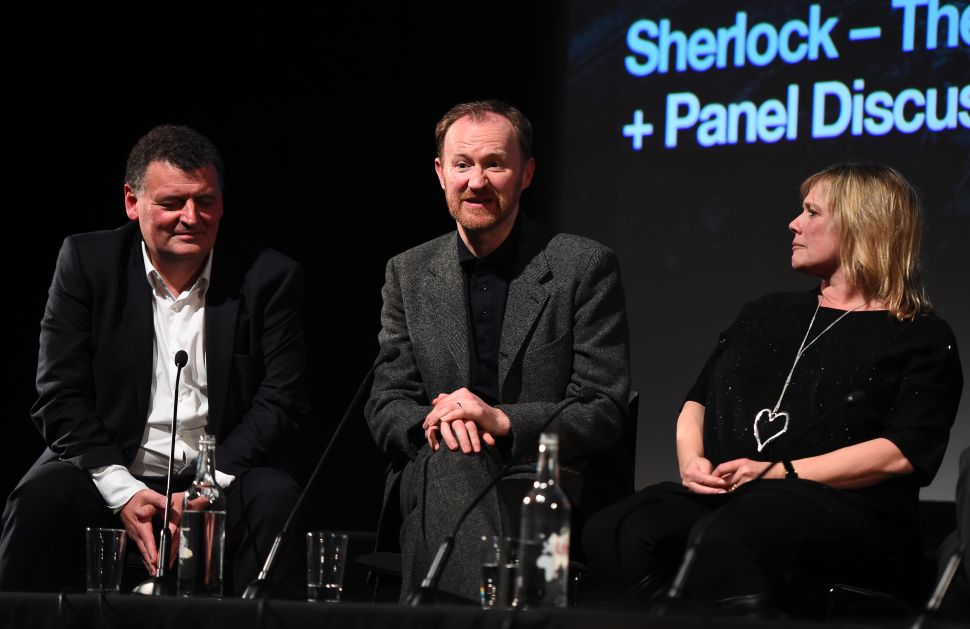