Sundance? More like Snowdance, as attendees suffer through a rare fifth straight day of fat, relentless flurries without a peek of sunshine. Now that the film festival has wrapped up the first half and is girding itself for the event’s back-nine, one welcome trend this year is emerging: returning filmmakers are getting more ambitious—even if the results aren’t so triumphant.

The Sundance Film Festival is best known as a discovery venue, an opportunity not only for hardcore film junkies to get their next hit but also for Hollywood pan-handlers to find gold in the Watsach Mountains. It’s no coincidence that Rian Johnson, the writer/director of the next Star Wars movie, started his career in Park City (with 2005’s Brick) and that Marvel’s big fall release Thor: Ragnarok is being helmed by Taika Waititi, a threepeat festival alum (with 2007’s Eagle vs. Shark, 2014’s What We Do in the Shadows and last year’s Hunt for the Wilderpeople).

But Sundance is also a place that nurtures talent, especially talent that they help discover. So it’s no surprise that Robert Redford himself is one of the stars in Charlie McDowell’s sci-fi mindbender The Discovery, which premiered on the first full day of the festival. The main reason: Redford was a big fan of McDowell’s first effort, The One I Love, a film that debuted at Sundance. “When I approached him, I thought it was such a long shot and there’s no way he would ever do this,” said McDowell. “But the feedback I got was that he was really excited to read the script, just based on me. And, literally, if it had ended there, I would have called everyone that I know.”

Redford plays a world-famous neurologist who discovers definitive scientific proof of an afterlife—and triggers a tsunami of suicides around the globe. The jolting premise then develops into a moody (at times even turgid) love story between Jason Segel and Rooney Mara that dissipates the film’s initial electric urgency, but the climax is a cascade of metaphysical revelations that ultimately make the film more than just an arty chin-scratcher. The Discovery may not stick the landing as well as The One I Love, a much more modest head trip, but it honorably falters while trying to shoot the moon with a Big Question story about the meaning of life.

Another admirable misfire is Dee Rees’ Mudbound, her sprawling adaptation of Hillary Jordan’s 2008 novel about racial tensions between a poor black family of laborers and the cash-strapped white landowners who own the Mississippi Delta cotton farm where they work. With a semi-starry cast (Carey Mulligan, Garrett Hedlund, Jason Clarke, Mary J. Blige), Mudbound is competently and at times passionately directed, and as a multi-character saga spanning a decade and two continents (including World War Two battle scenes), it’s a much broader canvas than Rees’ 2011 Sundance debut Pariah. But the narrative threads get short shrift despite the 135-minute running time—there’s just too much story packed into too little time, which flattens both protagonist and antagonist alike into borderline one-dimensional figures. That’s not stopping the handicappers for the 2018 Academy Awards, of course, who are already breathlessly championing Blige and her cast members as Oscar bait. (No deal has closed yet, but distributors are circling). 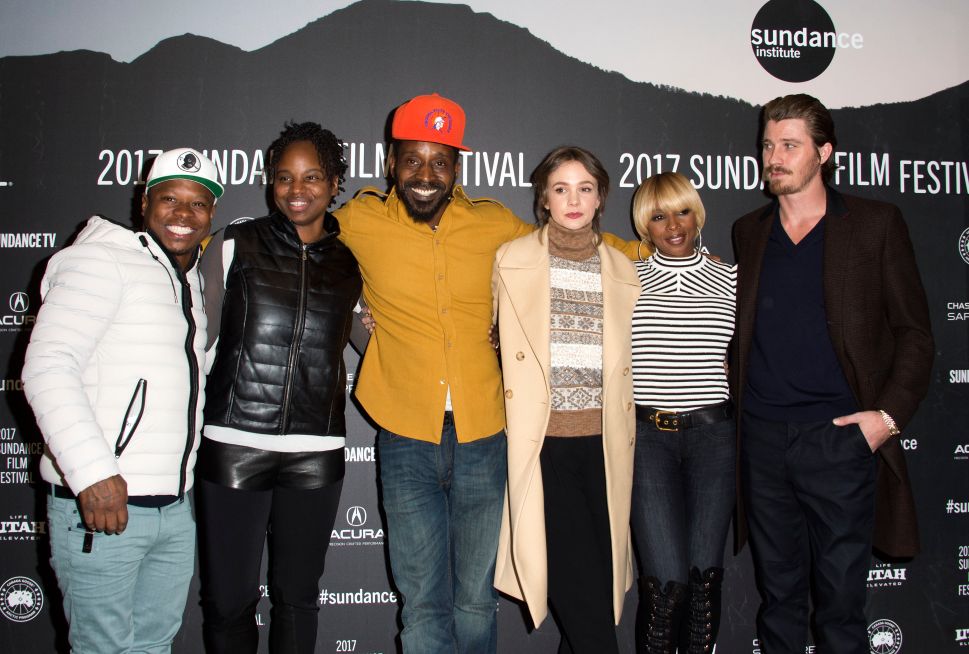