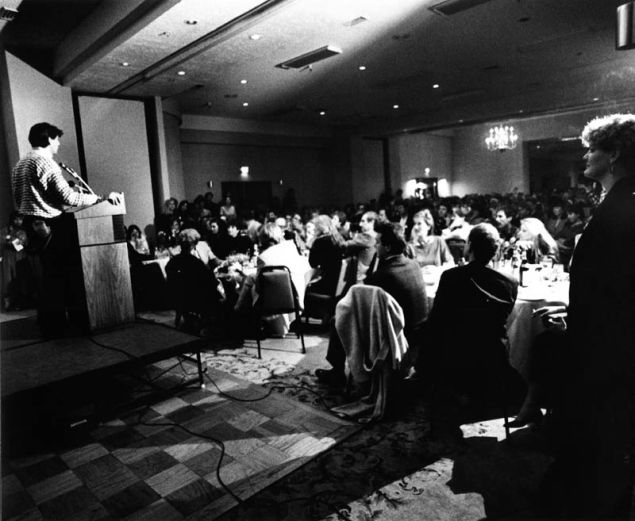 As my friends and colleagues gather at the colossal cluster-fuck that Sundance has become, drinking and deal-making and diving into films to which they hope to get access, crisscrossing the ski mecca now filled with sky-high real estate, I remember a simpler time. Nostalgia is a veil and I don’t want to misrepresent how much affection I retain for the festival, or how small a fly I was on the wall when I first attended in 1986.

I was single and sadder and broken-hearted then — and dirt poor. Not yet a film critic (the New York Post hired me in 1993), I flew to Park City as an administrator for the struggling Independent Feature Project. The IFP — hanging by a thread after the previous executive quit and took the VCR with him — rented windowless offices on West 86th Street from legendary documentary filmmaker D. A. Pennebaker (Bob Dylan: Don’t Look Back). I passionately believed in the power of independent film to represent the stories that weren’t getting told in Hollywood, the year of Top Gun, Crocodile Dundee and The Karate Kid Part II. Filmmaking could be a political act. Working at the IFP, and going to Park City, was my way to represent at my career’s launch.

Now, my cocktail party story of that era was how scratchy-socks-and-crunchy it was. Paparazzi and swag suites arrived so very much later, along with Hollywood agents and Paris Hilton. That January, I walked hesitantly into the festival hub: the dusty Elks Lodge on Main Street, with its taxidermy trophies still intact. I tried to act cool, rather than simply invisible, when I saw Director John Sayles, his flannel shirt sleeves rolled up to reveal muscular working-man forearms, playing pool at the single battered table that formed the room’s focal point. Post The Brother from Another Planet and pre Matewan, Sayles was the biggest celebrity sighting in town.

Fifteen documentary and 14 dramatic features competed that year. That was it. Less than 30 movies! Christian Blackwood’s Private Conversations: On the Set of ‘Death of a Salesman’, an “American Masters” episode that included interviews with Arthur Miller, Dustin Hoffman and John Malkovich won the former. Joyce Chopra’s Smooth Talk, based on a Joyce Carol Oates story and starring Treat Williams and Laura Dern, took the dramatic prize. Amid the forgotten movies – Belizaire the Cajun – there was also, the first feature documentary by Terry Zwigoff, who went on to make Crumb, Ghost World and Bad Santa. Legendary documentarian Ken Burns screened his third feature, Huey Long, on the Louisiana populist politician known as “The Kingfish.”

Because no one appeared to be watching what was happening in the Utah mountains, women directors had a place at the table alongside Deitch and Chopra. Of the 29 films in competition, women directed ten – a full thirty percent. Esteemed critic and author Molly Haskell was on the five-person dramatic jury alongside Director Martha Coolidge. On the doc side, Julia Reichert (considered a godmother of American independent cinema who co-directed her first documentary, Growing Up Female, in 1971) was one of four jurors.

I don’t think I’ve ever written about those early days, but every time I trekked to Sundance for the New York Post or Us Weekly or Yahoo Movies – where I jumped in and drank beside Jason Momoa at a private dinner, watched Jerry Lewis spar with Lady Bunny at a Main Street party, and saw Oscar potential in Melissa Leo’s brave Frozen River performance — I carried with me this kernel of experience.

At its heart, in the beginning, this was a dream some of us had, of relevant movies that told the American story from as many perspectives as our melting pot afforded. Sure, sometimes the films were earnest, or didn’t engage the audience, or were just plain work to watch, but they were breaking ground. It was small and it was good – and it opened the door to an opportunity so big it attracted Hollywood attention, for better or worse. Still, I remember when the biggest celebrity at Sundance was John Sayles drinking a long-necked bottle of beer, then stroking his cue and sinking a shot under a stuffed elk’s head – and that keeps the festival grounded for me. 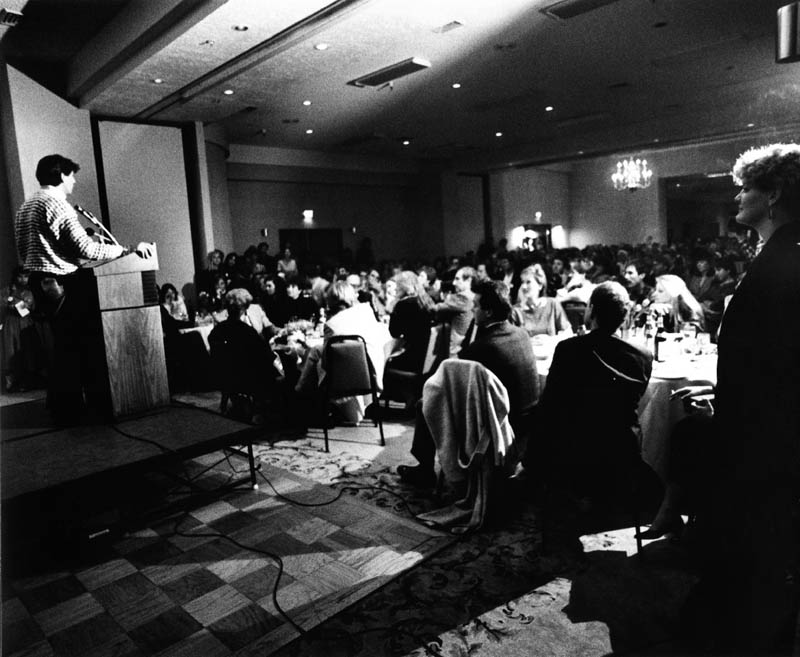