The dreary, chug-along Australian film The Daughter offers a good but sadly wasted cast, obscured in the eye-rubbing mist of a foggy Down Under countryside and struggling to rise above the sludge of a basic soap opera with literary pretensions.

Geoffrey Rush plays Henry, the prosperous owner of a sawmill who closes down the company that has been in his family for 100 years, leaving the locals unemployed and driving the town into bankruptcy. Henry is chucking the logging business to marry his housekeeper Anna (Anna Torv), a girl generations younger than her husband-to-be. Enter Henry’s grown son Christian (Paul Schneider), a grumpy, glowering lump of misery who has been living in America for the past 15 years.

And Christian has reasons why he’s been away so long. His American-born mother committed suicide. He’s got a troubled history of alcohol and drug addiction, which his Oriental wife has tried to cure with patience and understanding. And he suspects his father of speeding his mother’s death through indifference, infidelity and cruelty. During his stay, Christian reunites with a neighboring family—Oliver (Ewen Leslie), his best friend since childhood, Oliver’s wife Charlotte (Miranda Otto), their teenage daughter Hedvig (Odessa Young), and their family patriarch, Walter (a wasted Sam Neill).

Already surprised and annoyed by the preparations for Henry’s wedding in two days, Christian now discovers Oliver’s wife Charlotte also once worked as Henry’s housekeeper during the period when Christian’s mother was at her lowest state of depression. Henry and Charlotte had a lurid love affair, a secret nobody knows, including Oliver. Worse still, Hedwig is really Henry’s daughter, not Oliver’s, and nobody knows the reason why Walter and Henry were once friends and business partners whose relationship ended abruptly in resentment and rage. Now, on Henry’s wedding night, the sordid truths emerge. Already blind drunk and stoned on cocaine, Christian gets a call on his cell phone that his wife has left him and he goes viral, Oliver punches out Henry on the dance floor and denounces Charlotte publicly, Hedwig grabs her grandfather’s hunting rifle, and oh, the carrying on that ensues!

The Daughter was written and directed by Simon Stone and “inspired by Ibsen’s The Wild Duck.” (Yes, Henry shoots a duck that becomes Hedwig’s pet but cannot fly, symbolizing the frustration they both feel being trapped by their respective handicaps.) But the characters are merely superficial outlines of the people Henrik Ibsen brought to life with such compassion and insight in 1884. Their internecine relationships are complicated, but they’re not interesting enough to sustain an entire movie. Directorial eccentricities are irritating, Australian accents are so murky it’s hard to understand whole scenes. To make matters worse, dialogue from one scene sometimes overlaps the action from a different scene altogether. Result: In modern dress, this Wild Duck is not only a tame misfire but also a lugubrious, ill-advised Australian soap opera that seems tamed by television. 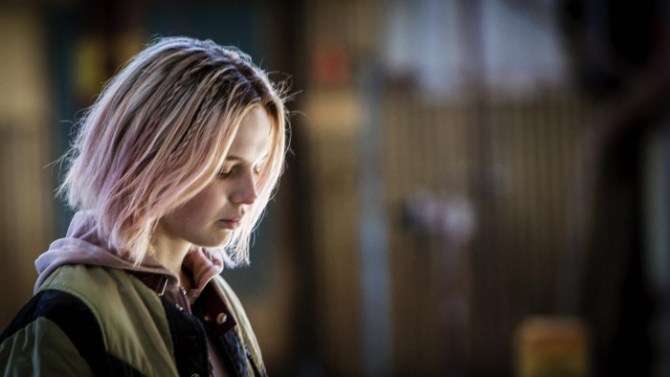