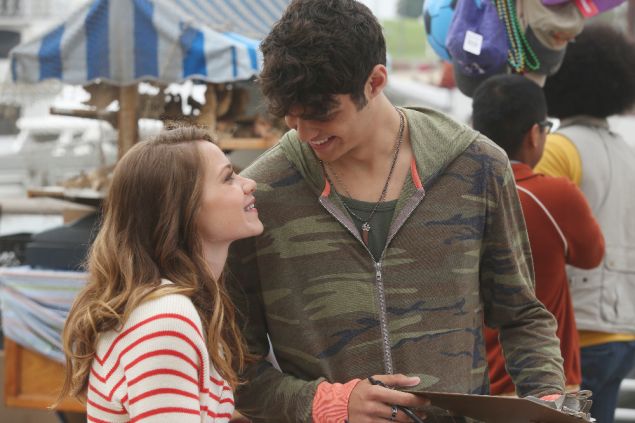 When it comes to family drama, The Fosters has an overabundance of it. They aren’t your ‘normal’ family, but what is a normal family nowadays anyway?

“We really just wanted to tell a story about the different ways of making a family,” says series Executive Producer Joanna Johnson.

Thus was born this series, a one-hour drama about a multi-ethnic family mix of adopted and biological teenaged kids being raised by two moms, Stef Adams Foster, a dedicated police officer, and her wife, Lena Adams Foster, a school vice principal. Their family consists of Stef’s biological son from a previous marriage, Brandon; their adopted twins, Mariana and Jesus; and adopted siblings, Jude and his half-sister Callie.

“What happened was we sort of shockingly discovered that there are over 400,000 kids in the foster care system and we saw the statistics about how many of them in up homeless or incarcerated. So we felt it was an important issue and we wanted to tell stories about a family with biological, adopted and foster kids,” explains Johnson.

She goes on to admit that she really didn’t understand foster care and that she doesn’t think the majority of the population does either. “This world, and all of its complications and emotions, lends itself to very interesting storytelling.”

While the series addressed a lot of hot topic issues, Johnson says that the initial intent of The Fosters wasn’t to be a socially conscious show. “We’re exploring topical matters that have evolved organically out of this family that we’ve created with two moms, adopted and foster kids and it’s a multiracial family as well. We’re just telling stories about this family and all of the things that they face just in being a family. If we’re really a socially conscious show, we didn’t set out to be that, we just became that.”

Because the centerpiece of the series is a lesbian couple, Johnson knew that there would be pushback from some entities, but she says that this doesn’t change the writing process in the least. “We just concentrate on telling the story. If people say negative things we just ignore it. We’re just trying to entertain, but part of that is to provoke thought and conversation. If we do that, then we’ve done our job very well.”

As a multigenerational series, Johnson says that the writers on The Fosters know that writing for teens is markedly different than writing for adults. “Teen brains are going through big developments with these huge hormonal shifts. All of that causes them to be very emotional, unpredictable and impulsive. You write them differently than adults because they often just keep repeating the same mistakes over and over because they don’t learn their lessons in the way that adults do. It might be hard to watch but that’s what happens in real life.”

As adults writing about teens, Johnson says that she and her staff are diligent about getting it right. “We also do a lot of research. We talk to teachers, health care professionals, law enforcement, and we talk to a lot of kids too. We diligently research everything. We want to get it right and in the right voice and tone. The voice and tone are as important as the words our characters speak.”

Johnson is keenly aware that even true fans of the series might sometimes disagree with the direction of the show, but that’s a bit by design, she says. “Sometimes you want them to be mad – that’s part of the storytelling. You want them to scream, ‘why are they doing that?’ That gets them invested. I don’t get nervous if someone is mad. We don’t change our storylines based on feedback, that would be foolish because you need to have a point of view and have faith in the narrative that you’re putting together.”

This season, Johnson reveals, has a theme that she thinks everyone can relate to. “It’s a lot about redemption. Pretty much every character is going through some sort of transformation in which they’re trying to regain the trust of someone else. I think this happens to a lot of people and you can really understand what the characters are going through as you watch them struggle.”

On Johnson’s current wish list is that more people watched the series. “I know that’s a lot of content out there right now, but our show is not derivative. It’s a family drama, but not like one you’ve ever seen. I think our show deserves a bigger audience. I want people to realize that this is not just a teen show. I think we get labeled that way so people tend to think of us as that but sample for yourself. If you want to watch something fresh, innovative, provocative and heartfelt, watch our show.”

‘The Fosters’ airs Tuesday at 8e/p on Freeform. 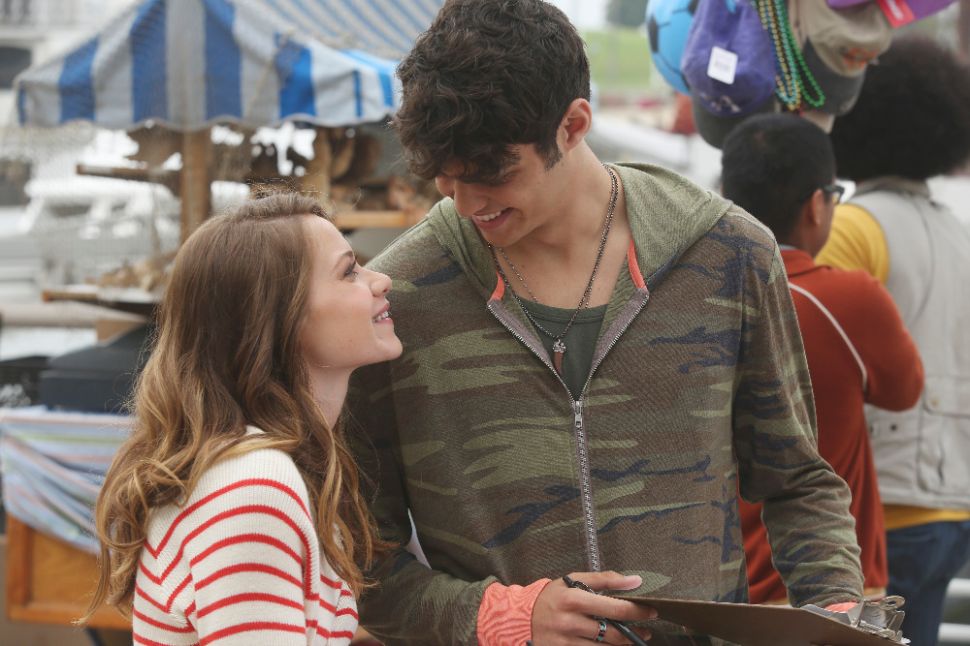