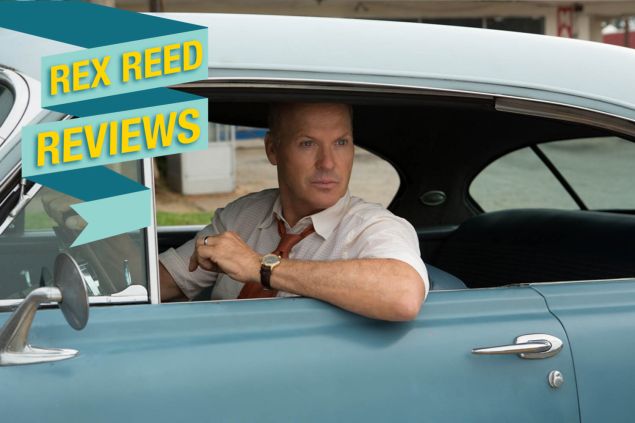 As junk food goes, I prefer both Burger King and Wendy’s—and on the West Coast, nothing compares with Bob’s Big Boy. But with the millions and millions of hamburger sales that made McDonald’s the world leader in nutritionally catastrophic franchises across the globe (if you’re desperate for good old-fashioned American acid reflux, you can even grab a Big Mac in Kuala Lumpur). So a movie about how McDonald’s revolutionized free enterprise the way Arthur Murray taught “dancing in a hurry” would, it seems, automatically guarantee boffo box-office business. But The Founder has been on the shelf for two years, the opening has bounced around so often most people forgot about it, and now that it has finally arrived in a multiplex near you, it is stubbornly slow to find an audience. This is regrettable. A comprehensive, well-researched screenplay by Robert Siegel (The Wrestler), staunch no-frills direction by John Lee Hancock (Saving Mr. Banks) and a saucy, twinkling star performance by Michael Keaton make this one of the must-see entertainments of the year. So what is happening with The Founder?

I think I know the answer. It’s not about the two brothers who started the whole thing, determined to keep their innovative idea for an inexpensive fast-food drive-in family restaurant in San Bernardino, Calif., to themselves and remain true to their original concept for a runaway success on a small, local level. It’s about Ray Kroc, an ambitious, fast-talking, heavy-drinking traveling salesman who literally stole the idea out from under its owners under false pretenses, capitalized on its popularity, and ruthlessly turned McDonald’s into an empire that made history. It’s a painful story, but despite Michael Keaton’s charisma, the centerpiece of the film is such a heel that you cannot like him, believe what he says, or care about what he does to cheat his way to the top. With no one to root for, the movie leaves a bitter after-taste no Chicken McNugget can erase.

The film begins in 1954 when Kroc was making a meager living, knocking himself out from town to town selling new-fangled blenders designed to make faster milkshakes. Impressed by the happy customers lining up at the first McDonald’s to wolf down a burger with a Coke and fries for 35 cents, the 52-year-old failure seized on a get-rich-quick scheme to talk the naïve McDonald brothers Mac (John Carroll Lynch) and Dick (Nick Offerman) into letting him sell franchises. The expository scenes of how he manipulated and connived his way into control of their finances through shaky bank loans and real-estate deals take up nearly an hour of playing time, but there’s a certain fascination to how he hit on the idea of the arches in the shape of an M, how he tried to speed up production with powdered milk shakes and frozen French fries, and the nefarious business deals he struck to buy up land, lease it to the franchises and build a steady revenue stream, adding greater capital for expansion and controlling the investors, shutting out the McDonald brothers and pocketing the profits himself. Once he even goes so far as to drive Dick McDonald into a stress-induced diabetes attack, then visit him in the hospital to offer him a blank check and buy him out. “If you can’t beat ‘em, buy ‘em” was one of his trademark talismans, and that’s exactly what he did—cheating the McDonalds out of their trademark, forbidding them to use their own name in the original restaurant they founded and screwing them out of their future royalties, which today would be $100 million per year.

Meanwhile, it’s interesting to watch Michael Keaton plow through the myriad facts provided by members of the McDonald family estate to orchestrate some character details of his own—swigging rye, gleaning inspiration from his favorite movie On the Waterfront, listening joyfully to the song “Pennies From Heaven” as his marriage to the wife who sees through him (Laura Dern) tanks. But in the end, Kroc’s insatiable greed robs even as resourceful an actor as Michael Keaton of some of his natural charm. The Founder has merits, but Kroc is a role that might turn his fans away. “Increase the supply and the demand will follow,” he explains while peppering the planet with Big Macs. The same thing is seldom true at the movies. 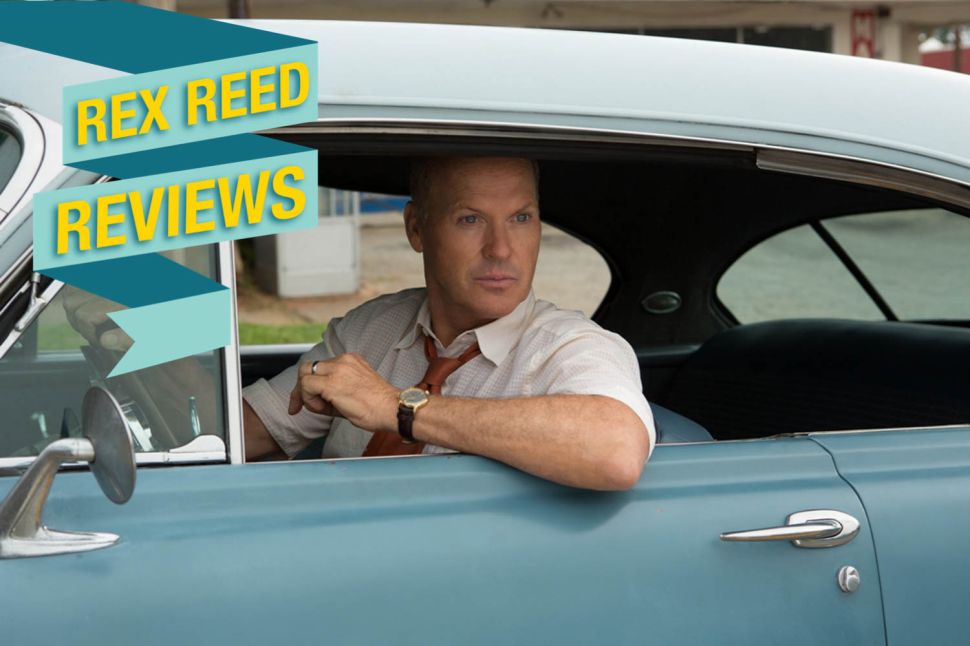