In the few past month alone, Kendall Jenner has worn fishnets paired with clear boots, while Sarah Jessica Parker opted for a pair of statement-making white hosiery. Kate Moss teamed a classic black fishnet stocking with a mini dress. Meanwhile, on the runway, labels like Margiela, Jeremy Scott and Antonio Marras have been reinventing the open, woven stocking into tops and gowns. Why is everyone suddenly gravitating to the shocking style?

Fishnets hold a unique place in fashion—they conceal and reveal at once. Unlike a pair of thick black tights that serve as an item of practicality more than anything else, fishnet stockings eschew utilitarianism and offer up something a bit more paradoxical.

In her essays ‘Holes in the Soul’ for CR Fashion Book, fashion historian Valerie Steele wrote, “The term ‘fishnet,’ meaning a loosely woven fabric, was in use by the early 1880s, but The Oxford English Dictionary dates the use of ‘fishnet stockings’ to 1933.” This timeframe makes sense, given the idea that most women did not expose their legs at all in public until the end of the Victorian era.

Others point to one of Aesop’s fables from the 1900s which alludes to a similar style of modern day fishnets. In The Peasant’s Wise Daughter, the king asks the peasant’s daughter to “Come to me not clothed, not naked, not riding.” She solves the riddle by arriving in a fisherman’s net.

The iconic burlesque entertainer Gypsy Rose Lee often wore fishnet stockings during her performances in the 1930s and 1940s. Just a few years later, pin-ups Bettie Page and Jayne Mansfield would become as well-known for their striking 1950s centerfolds as they would for their personal style: lots of fishnets, sheer fabrics and bikini tops.

However, fishnet-style leg coverings or garments may have been worn during a much earlier date. “In our book, She’s Got Leg: A History of Hemlines and Fashion, my co-author Jane Merrill and I have an image of a jar from the Walter’s Art Museum in Baltimore which dates back to 1500-1520 A.D. that shows a woman with calf-high stockings that look very similar to modern day fishnets,” says fashion historian Keren Ben-Horin. “They were knit-like contemporary stockings but probably looped or woven to create the pattern.”

Fast forward to a more modern approach to wearing the storied style: the fishnet has long been favored by models, movie stars and the women of Hollywood, likely because of its glamorous lines and lack of practicality. During the 1950s, Elizabeth Taylor appeared in portraits wearing fishnet stockings with bodysuits and dresses. Interestingly enough, Audrey Hepburn and Brigitte Bardot—both actresses who were also trained as ballerinas—also wore fishnet stockings during this decade.

Just 20 years later, the way women wore fishnets would change again. The traditional, small diamond-net styles expanded and were modified to fit in with punk culture. Rips within the holes were made with intent and purpose; designers during the time supported the very same vision. “Jean Paul Gaultier and Vivienne Westwood went on to become established, respected, and followed high-end designers, and they peppered their style with these touches of punk, these elements that alluded to sex– blurring gender lines like fishnets,” said Ben-Horin. “I think a lot of the meanings we ascribe to fishnets today, that wild, untamed sexiness, a kind of empowered femininity comes from these designers and the subcultures that influenced their work.”

Today, nearly six decades after the fishnet stocking made its mainstream debut, the world–and the it-girls of Instagram–are still captivated by it. 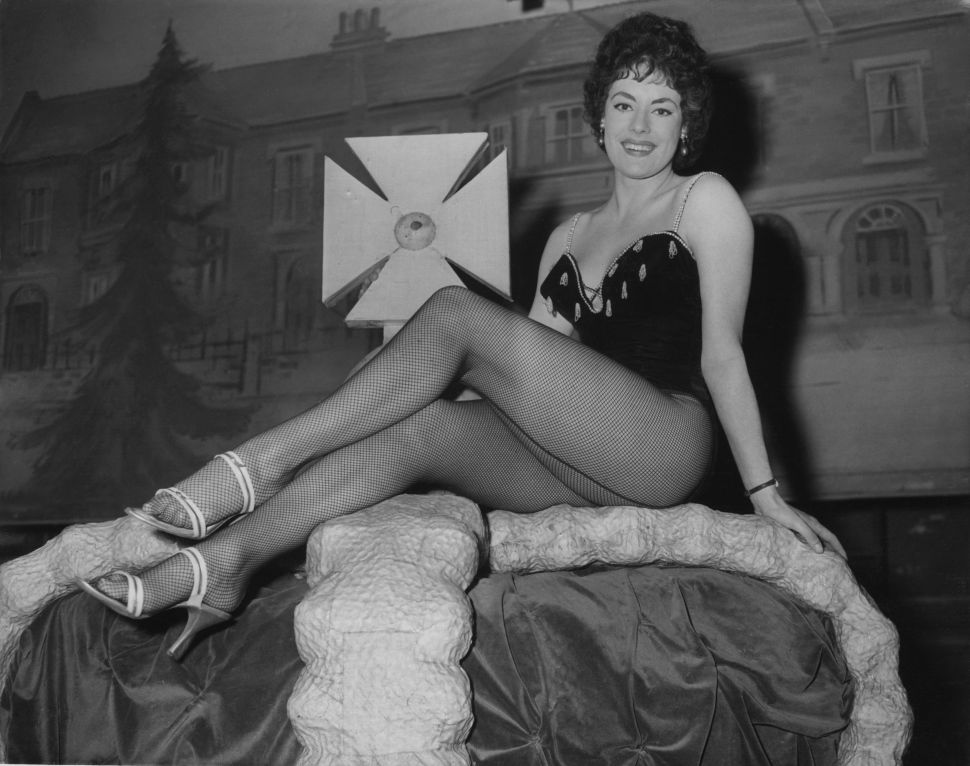