It is an open secret at this point that the New York Times is a house organ for the opposition to president-elect Donald Trump. The paper that became best known for publishing stolen goods in the form of old tax returns from Trump, only to paradoxically complain of Wikileaks publishing similar stolen goods from John Podesta, has not exactly made a secret of its feeling toward the incoming administration.

Nevertheless, even we were surprised to observe the Times’ recent editorial screed alleging that “Republicans never intended to drain the swamp.” The piece’s thrust (one hesitates to embarrass the Times’ editorial board by calling it an argument) is that the attempt by the 115th Congress’ Republican majority to limit the powers of the Office of Congressional Ethics (OCE) represents a repudiation of the famous “drain the swamp” pledge made by president-elect Trump, presumably in favor of the openly corrupt government that those Wascally Wepublicans have been just itching to embrace all along.

In their rush to condemn, the Times permits their own facts to betray them.

Let us begin with an obvious point: the changes proposed to the OCE were scrapped in part thanks to the opposition of the president-elect himself. The Times, of course, thinks it has found a way around this. In their telling, Trump “didn’t condemn these Republicans for defying and undermining his drain-the-swamp pledge. He asked them to address more urgent business first, like destroying health care reform and passing tax cuts for the rich.” The mulish complaint that a Republican president might actually want to implement Republican policy aside, this is a transparently silly smear.

Firstly, it is ridiculous to behave as if Trump’s “drain the swamp” pledge means he must treat any and all institutions that allegedly exist to fight corruption uncritically as partners in draining that swamp. At no point throughout his campaign did Trump or any Republican give any indication that they believed the OCE was a useful barrier against corruption, compared with the numerous other institutions that exist to investigate and police congressional ethics.

Indeed, it is not clear even now that it is. Certainly, given that the office was created by Nancy Pelosi to fight what she saw as a “culture of corruption,” it’s debatable whether Pelosi’s vision of corruption would be consistent with the issues of corruption that Trump sees. In fact, given that the Times can only marshal examples of investigations by the office that involve Republican lawmakers (all of whose guilt it has to admit after luridly describing the alleged crimes), there is certainly room to wonder if the institution is partisan in practice, if not name. None of these questions has been settled conclusively, though given the pushback even from Republican-leaning organizations like Judicial Watch, there is reason to believe that the OCE is as useful to the “drain the swamp” agenda as the Times believes. However, for now, it is merely clear that Republican congressional leadership rightly prefers to spend its early political capital fighting battles over policy rather than litigating inside baseball. Trump was right to direct their attention in this more profitable direction.

Secondly, and more obviously, how can the Times believe that the actions of House Republicans have any impact on whether Trump’s “drain the swamp” promise is sincere? It cannot have escaped the Times that the Speaker of the House himself very publicly feuded with Trump and made a point of not even appearing at rallies with the president-elect until after his victory. Nor can it have escaped the Times that Republican congressional leadership has been largely leary of Trump’s proposed measures to drain the swamp, such as congressional term limits and stricter rules on lobbying. It is, therefore, no surprise that House Republicans made this move only to be met by a rebuke from the president-elect. That sort of dynamic may well become a permanent fixture of Washington politics, as Trump is forced to corral the more status quo-oriented members of his own party. To treat every indiscretion by those status quo-oriented folks as a strike against Trump is the laziest guilt by association, and misinforms the Times’ readers on the fragile nature of Republican unity : all flaws you would expect the paper of record to avoid. 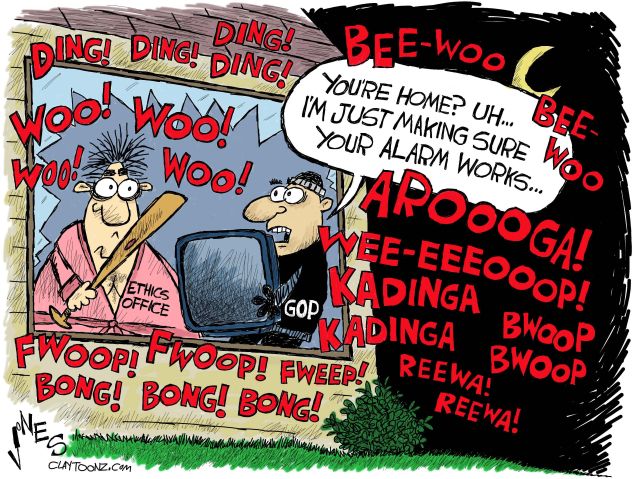 Finally, in their rush to condemn, the Times permits their own facts to betray them. Despite the allegation that this aborted idea was definitive proof of the falsity of the “drain the swamp” pledge, the Times is obliged to admit in a sad little paragraph near the editorial’s terminus that “The O.C.E. proposal has now gone back to the House, which will likely take the rest of the session to ‘study’ it.” In other words, for all the Times’ sound and fury, the hard fact is that Republican leadership has intervened to prevent the OCE proposal from moving forward, but otherwise nothing has happened yet. Indeed, it is not even clear if the idea will return. To transform an event that could plausibly be headlined as “Congressional Backbenchers Float Bad Idea; Leadership Kills” into the good governance equivalent of the Reichstag fire takes a special level of either gall, hysteria, or both.

With pieces like this being published, it is no shock that the Times has been forced to cut eight floors off its own building. A pity that they appear also to have cut off their own heads. 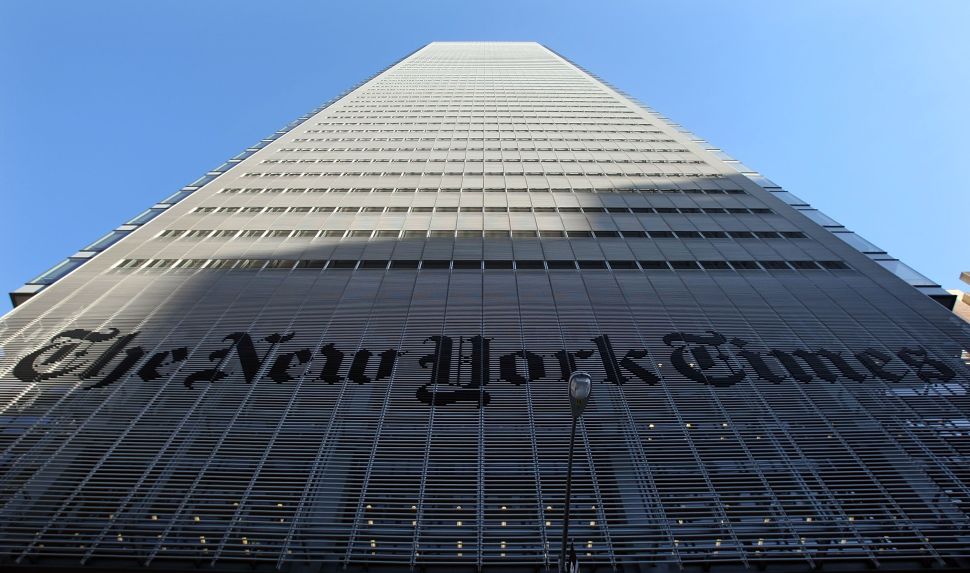