While most people are focused on President Obama’s commutation of Chelsea Manning’s term, the other 207 commutations he made this week should not go unnoticed. Most of these commutations were for non-violent drug offenses related to crack cocaine. Most of the men and women who will be released from egregiously long sentences are people of color.

Two-thirds of all persons in prison for drug offenses are people of color, although government data show that drug use rates are similar among all racial and ethnic groups. For crack cocaine, two-thirds of users in the U.S. are white or Hispanic. Research on drug market patterns shows that drug users generally purchase drugs from sellers of the same racial or ethnic background. Despite these facts, people of color are disproportionately subject to the penalties for both powder and crack cocaine. For example, in 2006, 81.8 percent of crack cocaine defendants were African American.

An estimated 7,000 to 8,000 people in federal prison would not be incarcerated today if they had been sentenced under the 2010 Fair Sentencing Act (FSA). Congress passed the FSAafter years of advocacy by criminal justice reform and civil rights organizations. The FSA reduces, but does not remove, the sentencing disparity between offenses for crack and powder cocaine – which are pharmacologically identical — from 100:1 to 18:1. However, many of the men and women incarcerated under the scientifically unjustifiable 100:1 ratio are not eligible for release under the new FSA law.

In focusing the commutations mainly on people sentenced for drug offenses, President Obama has thoughtfully exercised his executive power to correct injustices and relieve prison overcrowding. He also has set a place for himself in history: To date, he has granted nearly 1,400 commutations, more than any other president in U.S. history, and more than 12 of his most recent predecessors combined.

Sentence commutations or reductions give the Executive Branch the power to correct injustices and grant mercy to deserving people with criminal convictions. Both constitutionally protected and strengthened by historical precedent, our Founders envisioned clemency power as an important mechanism to alleviate individual cases of human suffering by serving as an executive check on overly punitive criminal sanctions imposed by legislatures and judges.

Some governors across America have also recognized the need to reverse the trend of mass incarceration and to blunt the impact of wasteful and highly ineffective tough-on-crime laws by granting hundreds of pardons and commutations. In 2016, Governor Cuomo in New York issued conditional pardons to 100 people, Governor Jay Nixon of Missouri issued 104 clemencies and commutations, and Governor Jerry Brown of California pardoned more than 112 people. These actions are commendable, but bolder action is needed to reduce our swollen prison population.

President’s Obama’s acts of compassion are a step in the right direction, but they are not a substitute for Congressional action. To spearhead a national movement to reverse trends of mass incarceration, Congress must be persuaded to act soon to restore America’s commitment to the principles of fairness and proportionality. Yet, despite a growing bipartisan consensus that our prison population must decrease, Congress has remained paralyzed in its effort to enact meaningful and widespread reform, leaving President Obama to take the lead through executive action.

Bipartisan support for ending mass incarceration reflects a shift in public opinion. Polls show that there has been a sea change in public opinion over the past few years when it comes to criminal justice policies. Supporting fairness, compassion, and a second chance is no longer a political third rail. Strong majorities now reject mandatory sentencing laws, support alternatives to incarceration, and favor treating drug use as a public health rather than a criminal issue. Attitudes away from punitiveness and toward prevention, rehabilitation and reintegration cross race, gender, age, region and even party lines. Two-thirds of American adults agree that “People who have committed serious crimes can turn their lives around and move away from a life of crime with the right kind of help.”

President-elect Trump should provide the leadership needed to break Congressional gridlock. He should also, simultaneously, embrace a reinvigorated clemency process that is available to all deserving individuals, whether or not their convictions involved violence. Doing so will ensure that commutations reflect our nation’s values of redemption, and serve as a genuine incentive and reward for rehabilitation and reform.

Glenn E. Martin is the founder and President of JustLeadershipUSA, a criminal justice reform organization working to cut the U.S. correctional population in half by 2030 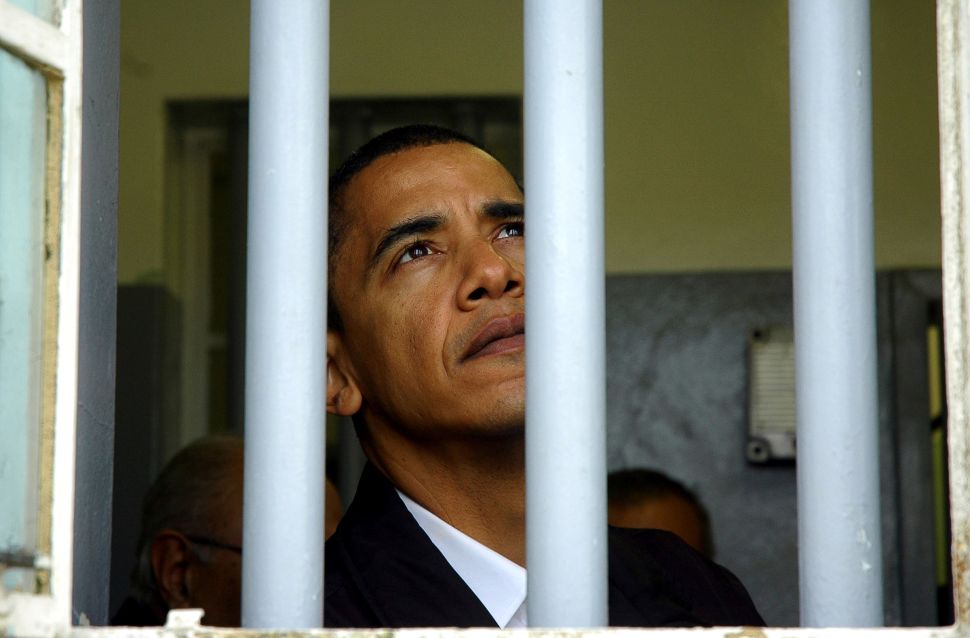