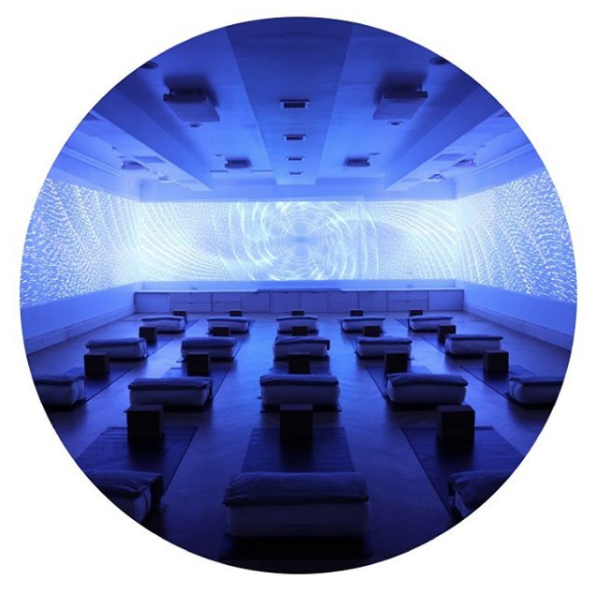 These days, New York is overloaded with yoga studios—it’s like that time ten years ago when Starbucks suddenly appeared on every single street corner. Each studio promises something new and exciting, whether it defies gravity or is hot as Hades with hip-hop playing. But WOOM, a new spot on the Bowery founded by Elian Zach-Shemesh and David Zach-Shemesh, might just offer the most innovative, unusual experience yet.

When you tell your friends you’re going to WOOM, they’ll probably think of a womb–and so will you, especially when the instructor refers to the yoga studio as a woom. They embrace the name, offering the very literal “womb” yoga.

At first glance, WOOM looks like a regular yoga studio. Sure, there’s a cafe in the front offering herbal tea and quinoa wraps, but plenty of yoga spots boast healthy almond milk lattes or coconut before class. The real virtual reality, immersive experience happens after the folks at the front desk hand you an eye mask, like the one you slip to get a proper night of shut eye. Then, you walk into the “Sound Playroom.”

After setting up on your mat, yogis put on the aforementioned sleeping mask. (Germophobes, don’t fret: they also hand you a disposable liner, so you’re not truly re-using someone’s old eye mask.) Then, the gongs start. It’s not quite a sound bath, although they do host those at the studio, too.

“In our over-stimulated society, people have trouble focusing their attention. We live in a multitasking age, in which having dinner with our best friend while simultaneously emailing and Instagramming is the norm,” Elian told the Observer. At WOOM, there’s no way not to focus on the yoga experience, as there’s something new to see every time you fold yourself into an inversion. You won’t find yourself thinking about what you’re making for dinner or what you’re wearing tomorrow, since there are so many other factors to focus on. That means you also won’t necessarily be feeling poses deeply, but you’ll be more present in the woom itself.

“At WOOM, we use external stimulation, such as blindfolding, sound, visual imagery and essential oils as a means to root the mind back into the present moment, instead of allowing it to run around between thoughts about the past or the future,” Elian explained. To allow people to disconnect, WOOM encourages yogis to engage with each other by singing at the beginning and end of each class. It’s not quite a karaoke moment, but it’s a bit stronger than the usual “Om.”

Once the physical portion of class is over and everyone is laying in Shavasana, the instructor wanders around, spritzes lavender, plays a variety of sound bath instruments and offers a tonic that’s on theme with the class. It’s certainly very Burning Man-esque and a bit more granola and woo-woo than most workout classes, including the eclectic Laughing Lotus (and that’s saying something, as instructors there play the harmonium). But if you’ve already tried every type of yoga the city has to offer, why not try it while blindfolded? 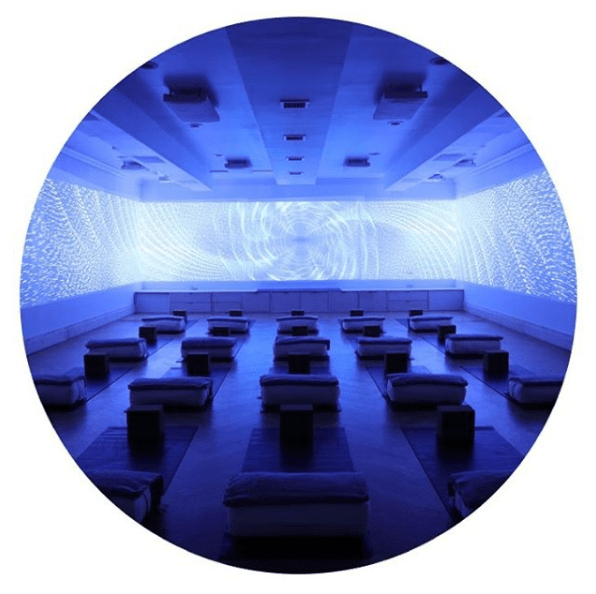 Filed Under: Lifestyle, Health, health and wellness, yoga, working out, The Bowery, WOOM