When TechCrunch announced that it would hold one of its legendary Meetup + Pitch-Off events in Tel Aviv, Israel, last year, quite a few eyebrows were raised. It’s been almost a decade since the international best-seller Start-up Nation shared the story of Israel’s ascendant tech scene with the world. Yet the technological riches of this country of only 8 million people still remain relatively unknown, especially among North American companies and investors.

Having been born in Israel, I was lucky enough to see this success story up close. Later, as I built some of the world’s largest online eyewear companies around the world, I leaned heavily on outsourced Israeli innovation to stay ahead of the pack, bolstering my tech stack with tools from startups in Tel Aviv and elsewhere.

Some the biggest names in technology, of course, are already onto the secret: Microsoft, Google and Hewlett Packard have invested in companies like Secure Islands, Aorato, ConteXtreme and Waze. Intel alone has invested $345 million in Israel since 1997. But beyond those rarefied ranks, little notice is paid. This may, however, soon be changing.

In Start-up Nation, Dan Senor and Saul Singer explain how this tiny country has produced more NASDAQ-listed companies than any other country apart from the U.S. The reasons for this are, of course, complex. It starts with an especially skilled population and business-friendly government policies. On top of that, Israel’s mandatory military service yields a steady pipeline of would-be entrepreneurs with real, hands-on tech skills, the kind that even STEM-focused universities may have trouble churning out. In recent years, alums from the Israeli military intelligence unit have applied their knowledge to create startups like Outbrain, Nice, and SoYou.

At the same time, Israel is one of the most immigrant-rich populations in the world, which contributes to a unique mixing of skill sets and the kind of cross-pollination that can drive new discovery. Furthermore, Israel’s limited natural resources and small internal market means that invention and innovation are pretty much national characteristics, requisite for economic survival. The result is a distinctly outward-facing worldview and the drive to bring products to market quickly and efficiently.

The allure for global companies

Combined with generous tax benefits to job creating multinationals, these efforts have given Israel one of the world’s most innovative and successful tech sectors. In 2015, the country’s startup scene brought in $4.4 billion in venture capital, up an incredible 30% from 2014. However, this was mostly on the backs of the aforementioned tech giants. Beyond this exclusive cohort, global enterprises have neglected the country’s tech potential. In doing so, they’ve missed out on some distinct competitive advantages, which I’ve seen firsthand as I’ve grown my own companies.

Yet all these advantages mean little for established businesses without one critical ingredient: an entry point into the Israeli tech landscape. Fortunately, this is beginning to get easier. Internally, Israel has a robust conference and innovation scene, centered on the downtown core of the capital. Highlights on the calendar include the TAU Innovation Conference, DLD Innovation Festival and Journey Israel. Closer to home, a growing list of events brings a taste of Israel to North America, namely the Startup Nation Conference in Miami and the Israel Conference in Los Angeles.

At the same time, dedicated venture capitalist groups have sprung up to facilitate better networking with Israel. Founders groups like TechAviv, which has 3,000 members worldwide, function as a fast-track to accessing the latest startup technology.

Even global companies can be guilty of tunnel vision. For many, Silicon Valley is a light so bright it blinds them. Israel’s startups are hungry for scale, exposure and a chance to test themselves in the global market, and they’ve built an international reputation for innovation and agility. It’s only a matter of time before one of the tech world’s best-kept secrets gets out for good.

Roy Hessel is president and CEO of Clearly and founder and CEO of EyeBuyDirect. The ideas in the article are his personal views and do not necessarily reflect those of the companies. 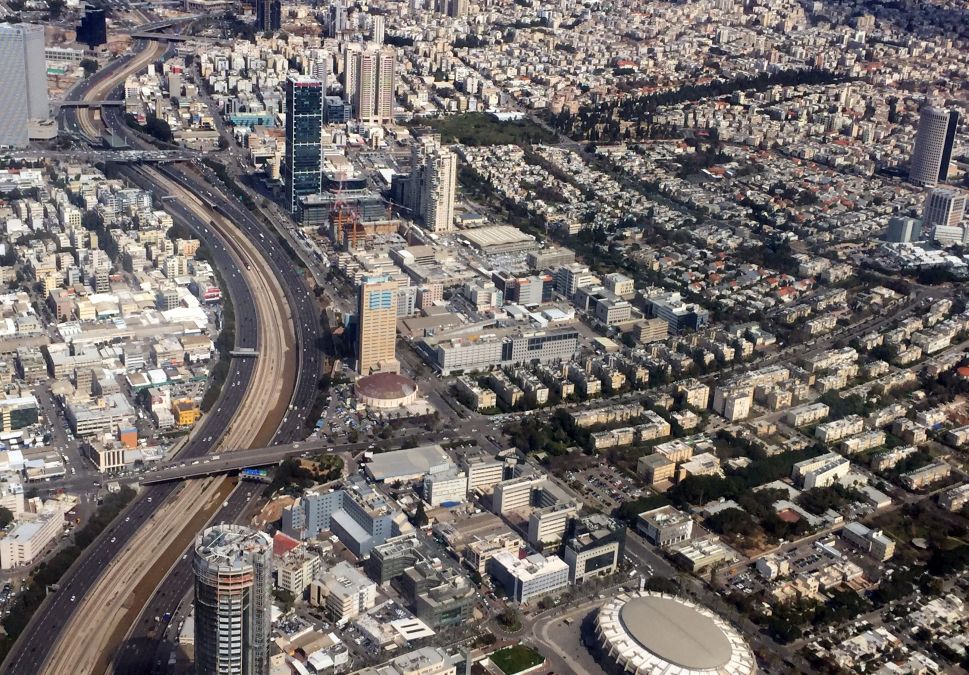