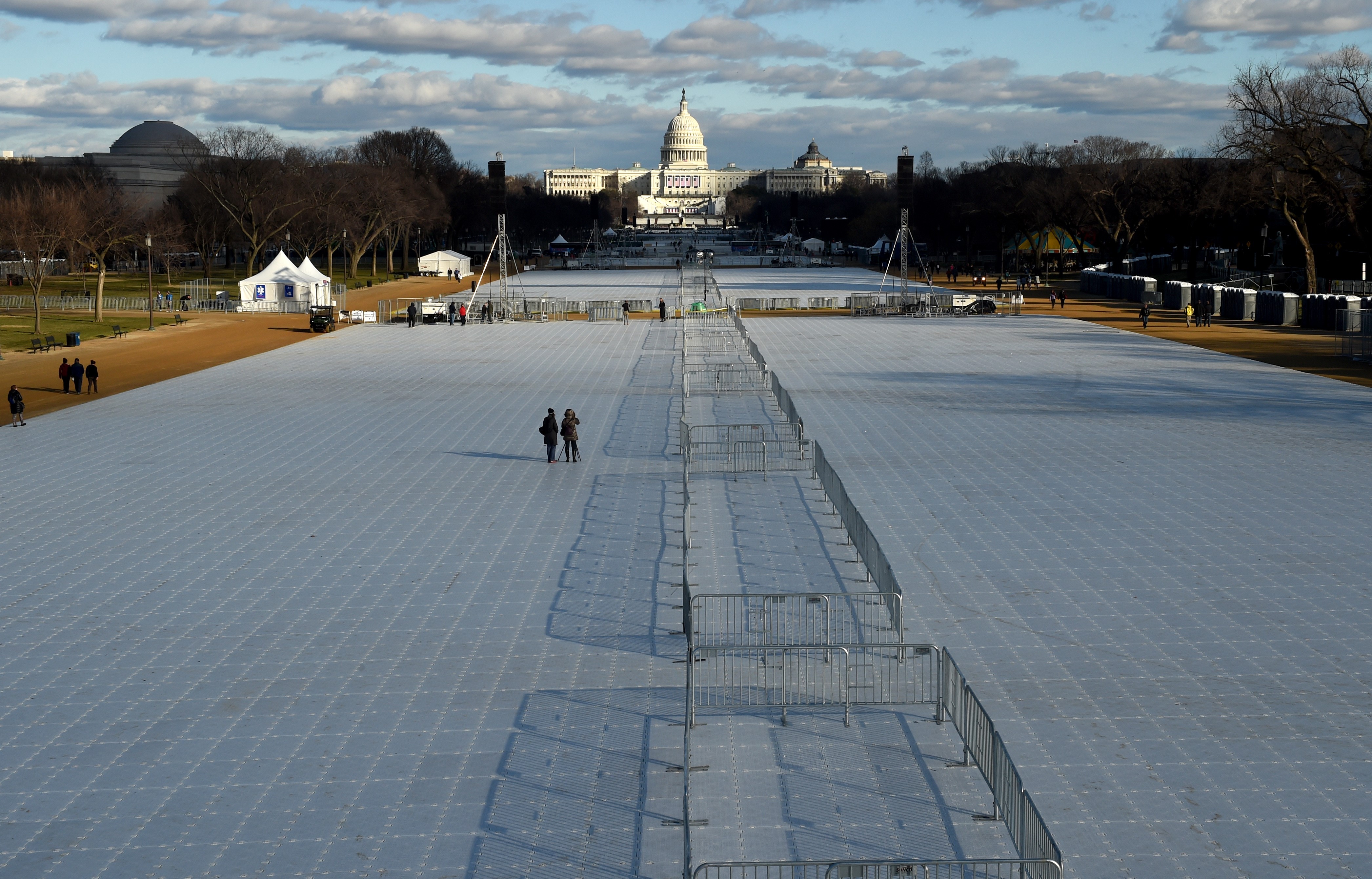 Washington DC is preparing the Inauguration of Donald Trump to take place January 20, 2017 at the US Capitol. TIMOTHY A. CLARY/AFP/Getty Images

On Friday, Donald Trump is to be sworn in as 45th president of the United States.

There are tears in my eyes as I write this.

In the days and weeks after the election, I went through the same stages of grief as every other progressive: denial (this can’t be real … I mean seriously, this really can’t be real), anger (what the f***, Pennsylvania?), bargaining (please, God, if you just give us Florida, I’ll forgive everything else), depression (bouts of sobbing followed by short periods of respite, followed by more sobbing) and finally, an uneasy kind of acceptance.

I don’t know exactly what to do yet, but I am taking certain actions anyway. I offer them in a spirit of kinship. That those who also want to guard against a regime that seeks to exclude people, diminish rights, and risk our very planet, aren’t permitted to do so.

Here’s what I’m going to do to prepare for a Trump presidency:

1. Tithe to the ACLU, Planned Parenthood, and the Southern Poverty Law Center

Our civil rights are vulnerable: Who can use your health care information for what? Who has access to the video cameras on practically every street corner of our cities? Where does the press have a right to go? The ACLU protects and litigates on privacy, religious freedom, police behavior, freedom of the press and more – all very much on my mind as this administration takes power.

Women are vulnerable: Planned Parenthood is critical for many reasons; one is that in many parts of the country, they are the sole affordable healthcare provider for women for the services they offer. They are the only option for many, and must be protected.

Our neighbors are vulnerable: In the 10 days following the election, the Southern Poverty Law Center tracked 867 cases of hateful harassment or intimidation in the US. We need them now more than ever – to track, to educate, to protect.

Instead of lump sums, I’m making monthly donations to each organization, since budgeting is easier with regular income rather than one-off contributions.

If it’s true that some of what got us into this mess is living in a fragmented culture (which seems reasonable), then I want to be a part of repairing that fragmentation. I want to strengthen the web that is my flesh-and-blood, here-and-now community. It starts at home, so I’m starting at home.

I’ll be involving myself in adult literacy because I love teaching and books are part of how I’ve become a better human. I’m also joining Big Brothers Big Sisters.

This may seem to be the most subtle, but is probably the most critical.

We are not the first to see an overtly racist, homophobic, xenophobic, woman-hating regime take power in our country. We would be wise to listen to those who’ve been here before.

After the election, a number of articles compared Trump to Italy’s own small-minded bully bigot, Berlusconi. One said:

“The Italian experience provides a blueprint for how to defeat Mr. Trump. Only two men in Italy have won an electoral competition against Mr. Berlusconi: Romano Prodi and the current prime minister, Matteo Renzi … Both of them treated Mr. Berlusconi as an ordinary opponent. They focused on the issues, not on his character.” – Luigi Zingales (my emphasis)

The issues. A quick reminder of those—last week, Republicans voted to start dismantling the Affordable Care Act. Specifically, they voted to:

We would be foolish to believe such acts lay solely at the feet of one absurdly orange man. They don’t. They lie with all those who prioritize profits for insurance companies and tax cuts for the wealthy over the naked needs of real people.

The point is this: I will turn Trump off because my attention matters. My energy is needed now more than ever, and every time I get caught up in another inane tweet, I lose, because it’s time I’m not spending doing something actually productive.

Every time I distract myself by texting a friend about how stupid he is, that’s another precious moment I could be using to educate myself.

So I commit to turning Trump off. If he’s on TV, I won’t watch. If there’s an article, I won’t click it. Of course I’ll pay attention to the things that matter with respect to him (when to actually resist), but that’s it.

I will take my power back.

On Friday, Donald Trump will be inaugurated 45th president of the United States.

On Saturday, I will march. Not to protest him, but to say to the world that I and thousands like me are still focused on the things that do matter: Equality. Safety and the protection of real people. Health care. Climate change. Freedom.

I’m flying out to attend the Women’s March on Washington in DC. It will be the largest gathering that day, but it won’t be the only one. Sister marches will take place in over 600 cities around the world and counting.

People will come together in Paris, Riyadh, Oslo, Auckland, and Seoul. They will march in Buenos Aires, Brussels, Vancouver, Prague, and Accra (Ghana). They will take a stand in Dublin, Tel Aviv, Singapore, Vienna, Athens, Cape Town, London, and more.

We aren’t alone. This is a global battle for inclusion and freedom. It’s truly not about Trump in the end; it’s about humanity.

Lest we ever forget that, may our own national motto remind us: E pluribus unum.

Out of the many, one. 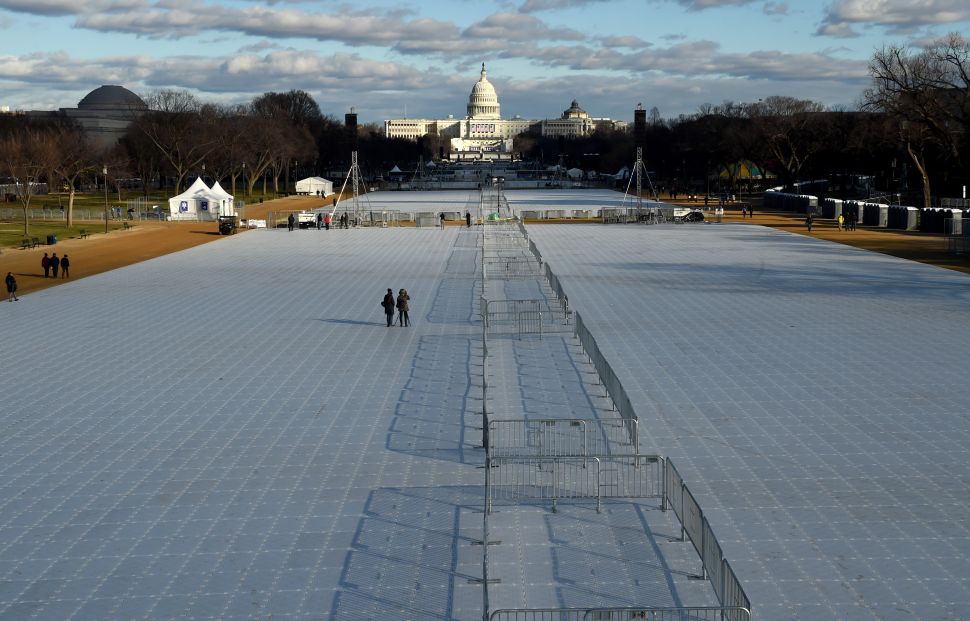