A lot of people are feeling disgruntled about Donald Trump’s presidency. To find solace, some have been trying to flee the country, some have been marching and making signs, some have been reading George Orwell’s 1984 and others, of course, have been drowning themselves in memes.

“The Donald Trump image was a video screenshot that someone turned into a meme, not a real upload,” he said.

“We are not aware of this video being uploaded to the site, and as long as it doesn’t violate our Terms of Service, it is permitted.”

There you have it, folks. Head on over to PornHub.com to watch Donald Trump fuck the entire country at once. Or, you know, you could just read the news for the same effect. 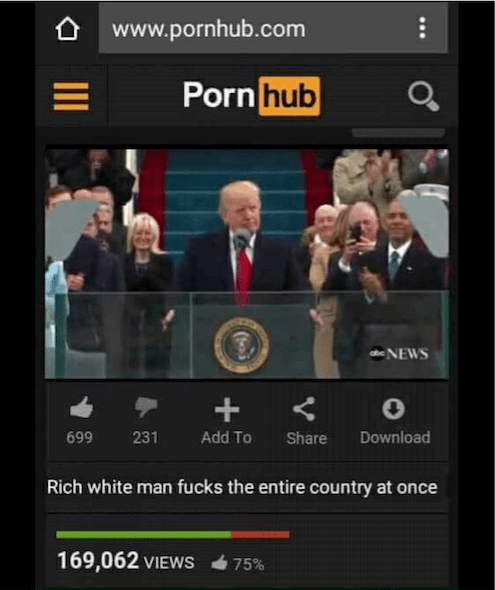