For sunglasses aficionados, there’s nothing worse than slipping on a pair of shades, the same one you’ve reached for over the past few months, or even years, to realize they just feel wrong. It might have something to do with the clunky rectangular shape, the too-bright hue of the acetate or the color of the lenses. But all of a sudden, you realize there’s no returning to this pair. I mean, maybe you could wear them again, when this style is considered “retro” or “vintage,” in a few years time.

To avoid this snafu in 2017, the Observer turned to the experts to see what they expect to be big in terms of frames for 2017. KREWE’s founder, Stirling Barrett, who was a runner-up for the 2016 CFDA/Vogue Fashion Fund is sensing a shift away from the aggressively mirrored look, towards a more “muted” iteration. “We’ve already seen a lot of pickup in early 2017 on our light lavender and silver mirrors,” he told the Observer, pointing out that the lavender shade is already on track to becoming the most popular of the year.

“I think the mirrors will still have staying power,” echoed Grey Ant designer, Grant Krajecki. Also on the mirrored bandwagon is Illesteva‘s CEO, Daniel Silberman, who anticipates seeing silver as a top hue. However, he suggests going for a style with a flat lens, for an updated take, like the Cordova, Malpensa or Palermo frames from Illesteva. “We offer each style in two different sizes and multiple color ways,” he explained. But the most important feature? “The front of each frame is cut from a single flat lens sheet.”

The result of that is a very sleek, one-dimensional look, where the lens sits completely flat across the face, rather than curving outwards as a classic style would. This is by no means a new concept, but is a style we will see continue through 2017.

“I’m seeing less oversized styles, and an increasing amount of frames that are angular and refer back to late ’80s and early ’90s vibes,” said KREWE’s Barrett. “I think that we’re going to gravitate towards more metal frames, and thicker metals at that. When I say thicker metal, I don’t mean chunky–I mean that we’ll see more premium metal frames, beyond the classic aviator or wayfarer.” One of those high-level metals will be an all-titanium frame, which will be far lighter than the brand’s current offering, which includes 24 karat gold plated titanium.

#ZaynMalik steps out in #KREWE's WARD in 24K Titanium + Zulu ✨

Celebs are already backing that heavy metal concept, as Gigi Hadid, her boyfriend, Zayn Malik and her BFF Kendall Jenner, have all been spotted in the brand’s slightly off-kilter rectangular Ward shape, which sits in a bold metal frame.

“Innovative mixing of materials like metal with acetate or wood will continue to be popular,” said Fabrizio Uguzzoni, President of Luxottica Wholesale North America. However, he was most excited about the recent reintroduction of The General style from Ray-Ban.

“The style was first created in 1987 as a tribute to General Douglas MacArthur. With stylish, military-inspired rims and a double bridge, the design is reminiscent of the original Aviator, while making a unique (and wider) statement of its own,” he described to the Observer.

Grey Ant’s Krajecki also sees mixed media being a bigger part of 2017. “My presumption would be the same direction as last year of frames, with unique wire and acetate combinations.” The brand’s Notizia style is a good example of this, featuring a flat lens (we’re partial to the rose gold mirrored version), along with Mazzucchelli acetate and wire details. If the frame feels retro, that’s no coincidence, as this design was inspired by David Bowie in The Man That Fell to Earth.

Now that you know what frames to buy in 2017, which ones should you consider retiring from your repertoire?

“I think some of the chunkier, oversized frames are going to start making their way out. Trendsetters are gravitating towards smaller, more angular, and well-fitting frames,” Barrett said. So don’t be afraid to think small in the year ahead—at least when it comes to sunglasses. 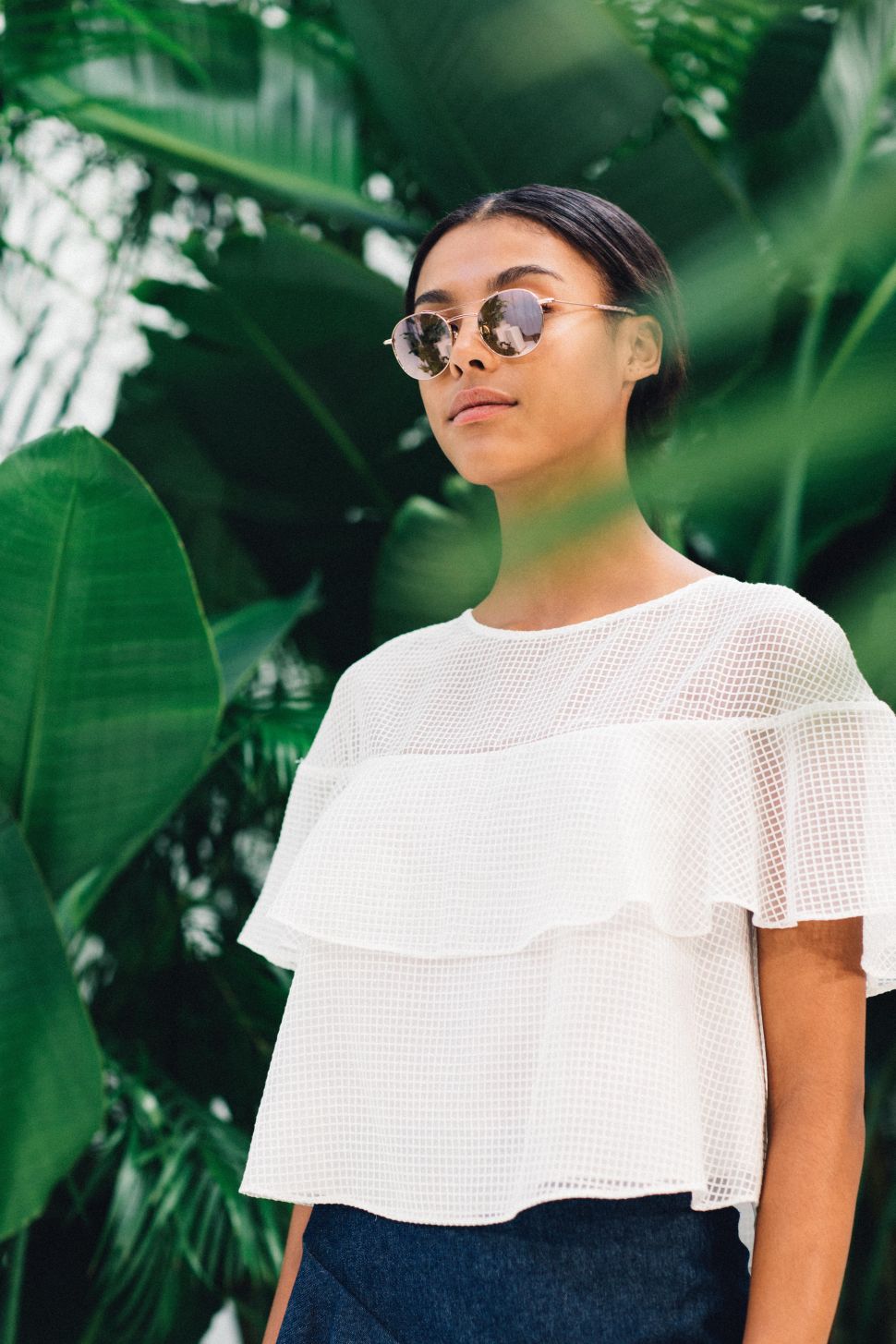