It is an objective fact that the United States of America has held a Presidential Inaugural on the same day every four years since 1789.

Presidential inaugurations are about our Republic, not about the individual being sworn in to the most powerful office in the world.

I understand that Donald Trump’s presidency has created anxiety and fear for millions of Americans.

But it is also true that Trump’s election has created hope and optimism among his millions of supporters.

The right to nonviolently protest in the spirit of Martin Luther King, Jr, is the essence of what makes America great.

Our liberties are protected by the U.S. Constitution, but those liberties must also be vigorously defended by an engaged citizenry. We can never take our freedoms for granted.

But what I personally witnessed in Washington, DC while attending the Inauguration late last week was not in the best traditions of America. In fact, much of it was deeply disturbing.

Now I do separate the thousands of nonviolent protesters who describe themselves as “The Resistance,” from the violent anarchists who tried to shut down Washington, DC.

There have been dozens of news reports of a private limousine being lit on fire and windows in private stores being broken. When the dust settled, over 200 people were arrested.

On Friday morning I walked past Union Station, where the Black Lives Matter protest was being held, on my way to the Swearing-In through the entrance to the yellow ticket section on the U.S. Senate side.

That’s when I learned that a chain of protesters locked arms to block the entrance where ticket holders gathered.

In my view, preventing a person from entering to see the peaceful transfer of power in our nation’s Capital is both outrageous and fundamentally conflicts with American values.

Ultimately, those selfish efforts were unsuccessful, as more than 200,000 people packed the Mall and the U.S. Capitol Grounds to witness history. Capitol Police were forced to disperse those specific protesters with pepper spray. Forcing the police to do this creates a situation where law enforcement personnel can be injured. Black Lives Matter needs to remember that Blue Lives Matter also.

More fundamentally, violent protests are something that average Americans cannot condone and simply do not understand. Real people live real lives, with kids, and sick parents, and work, and stress, and they don’t have the time or the inclination to travel to Washington, DC to violently protest against the peaceful transition of power.

A British friend of mine attended his first Inauguration in the U.S. this past week.

He told me, “In England, we have pomp and ceremony, and it’s very well done with our history, but it is done in private. What’s remarkable about the U.S. is that this is all done in public.”

This new presidency is beginning at a time of uncertainty, with vexing and urgent global challenges awaiting President Trump and Vice President Pence.

A new silent majority may form to support President Trump if his most vocal opponents continue to use violence to express their opposition.

The single most effective type of protest is one that results in real change—and that requires persuasion.

There is nothing persuasive about throwing a brick through a window or lighting a car on fire. 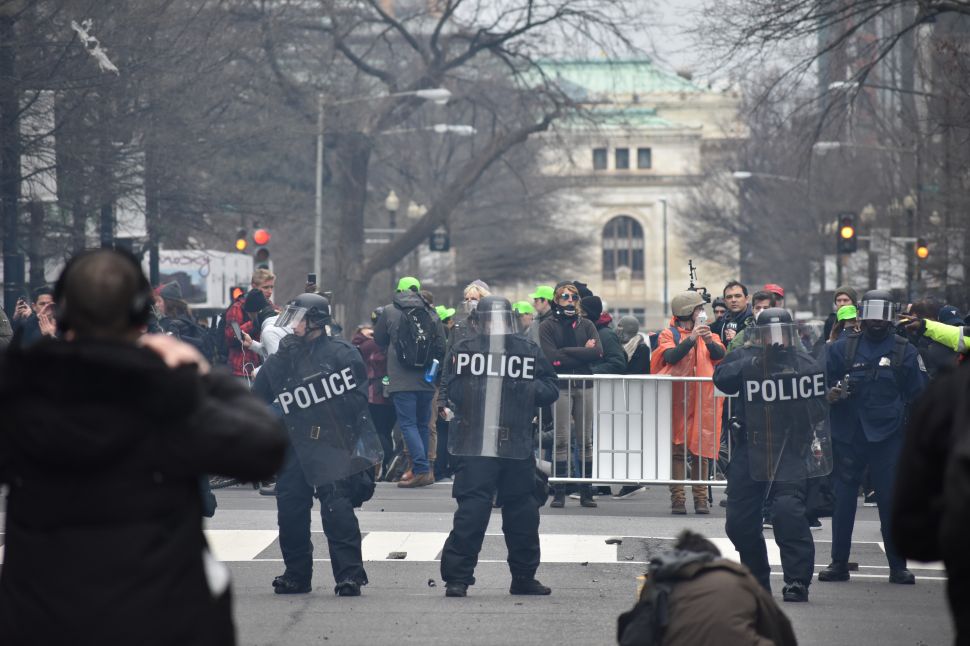