Pat Benatar first performed the hit song “Love Is A Battlefield” in 1983. Coming off one of the most divisive presidential elections in American history, the song’s message is even more true today. As the country has become increasingly polarized, it is harder for those involved in politics to find love.

Meanwhile, in recent years online dating has become more accepted by mainstream society. Popular sites like Match.com, Plenty of Fish, Ok Cupid and Tinder have connected thousands of people—whether you’re a farmer, a Christian, or a progressive, you can find love.

But the waters can be treacherous for conservatives and Trump-supporting millennials. Part of making America great in the eyes of a Trump supporter is getting rid of silly Tumblr-inspired genders. It’s hard to see a MAGA hat-wearing Trump supporter going for a self-identified male pansexual feminist.

However, the free market has stepped up to the challenge: TrumpSingles.com, whose slogan is “Making Dating Great Again,” has been live since June of last year.

According to founder David Goss, the site has had more than 26,000 members since its launch, and membership has exploded since Trump’s election win in November. For just $19.99 a month, you can find your conservative soulmate.

Goss told the Observer that he was motivated to create the site after noticing how his politically-minded friends had trouble finding love, particularly if their views didn’t match up with those of their date. He was inspired to create the site after hearing about BernieSingles.com, geared toward Sanders supporters during the heated the Democratic presidential primaries.

Goss thought that Trump would have a good chance at winning the Republican nomination, so he bought the domain and received a lot of support for his idea from friends on both sides of the political spectrum.

Based on user profiles, Goss had a feeling Trump was going to win—even when the polls and pundits said otherwise. “People would join the site, but they were afraid to voice their support for Trump publicly because they were going to be called a racist, a sexist, or a misogynist,” said Goss.

Around Inauguration Day, the site’s traffic spiked so much that the site crashed for 24 hours.

TrumpSingles.com is now a media favorite, with features on Fox News, The Blaze and TMZ, and has built a presence on social media, boasting over 20,000 Twitter followers. It has also generated interesting conversation on Reddit, and its Facebook page has over 8,500 fans and more than a few liberal trolls.

While it’s too soon to determine the success of the match-ups—the site is still too young to have resulted in any marriages—Goss has heard from a few happy customers.

“One lady emailed me telling that she met one guy and they went out and had a great time but they realized there was not going to be a relationship there. They’re still friends. She met another guy on the site, and they went out on a date to a shooting range, had a great time and as far as I know, they’re still together.” said Goss. He says that the average age of those signing up for the site is 24-35.

Interestingly, TrumpSingles.com is based in California, which is far from a Trump bastion. But Goss tells the Observer that it is run out of one of the few Republican enclaves in rural Los Angeles County. 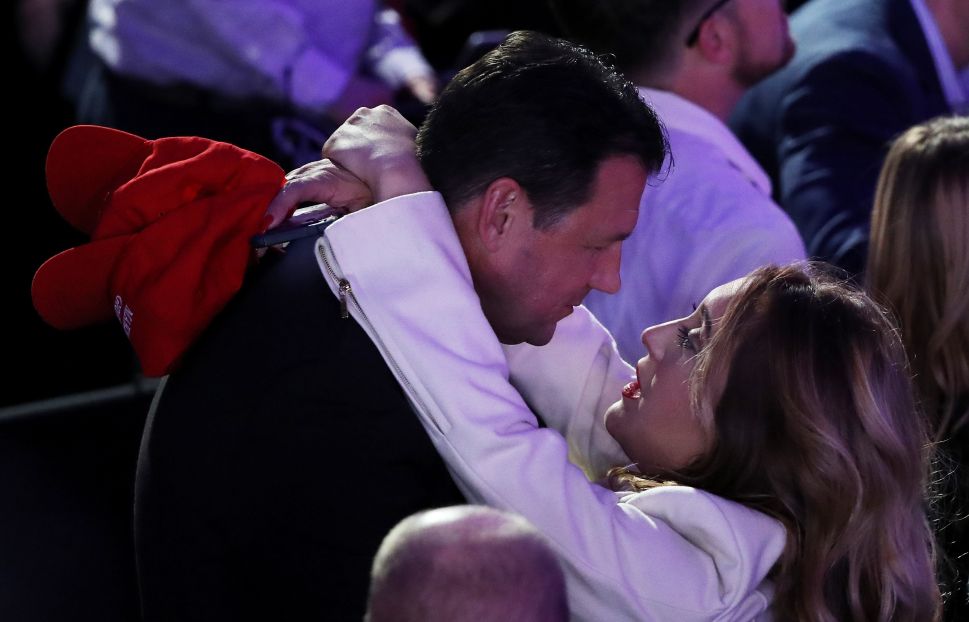