Being the same age as Ty Segall is a humbling reminder that my generation’s 20-somethings work harder than anyone gives us credit for.

Short interviews in Billboard or Rolling Stone over the last few years have failed to adequately convey that 29-year-old riffmaster Segall is a veritable DIY darling; damn near every facet of his tremendous output and fan following has been nurtured outside of the music media ecosystem, inside our cities’ ever-vulnerable all-ages show spaces and through hyperlocal hubs of stage-diving headbangers.

Today marks the release of Segall’s 23rd album, Ty Segall, a summation of all the sounds he’s mastered in the 10 years that he’s been releasing records—from the proto-metal fretboard fornication of Blue Cheer and the paisley glam-love of Marc Bolan to the droll, tongue-in-cheek pop smirk of The Kinks. But it’s in all the genre-hopping that we actually learn the most about Segall. His sonic dexterity allows him to move lucidly from project to project, with mercurial ease and minimal ornamentation.

“For someone with roots in a genre—garage-punk—that puts a premium on gritty authenticity, Segall has become increasingly fond of artifice,” writes Stuart Berman in his Pitchfork review of Ty Segall, “be it the Bolan-via-Barrett faux British accent that’s become his default vocal tic, the silver-lipstick vamping, or his use of Emotional Mugger as a vehicle to masquerade as a surrogate band and terrorize morning news programs.”

That last album he made with King Tuff and members of The Cairo Gang in 2016, Emotional Mugger was released with next to no press or promotion, and the few promo spots Segall took part in were, as Berman notes, designed to throw a wrench in the cogs of late-night normalcy. Clad in all-white face paint and handing out candy to the audience before pretending to collapse onstage, Stephen Colbert was generally freaked out. And Segall didn’t even wear the giant baby mask that he’d often been sporting at the time.

[youtube https://www.youtube.com/watch?v=GKmMf50IvHg]
While speaking about the 15-minute Emotional Mugger horror film that teased the album’s release, Segall explained to Uproxx how he and the clip’s director, Matt Yoka, went to school together to learn media studies:

We’re both media studies people. Figured a lot of shit out while we were in school together then went our separate ways in the media world. Matt did a lot of journalism and freelance film work, and I started touring and playing music. We both got the experience of seeing how the media affects people in the real world and continues to build and become a bigger part of everyone’s consciousness. And I know that both Matt and I have respect for that, but are also skeptical of it. It’s the informed weariness of the modern media world that went into, not just the video, but the music we’re working with. The whole perspective of the whole thing. It’s not just a horror flick or slasher thing, we wanted to have people think about what it means to be connected, what connection can do, how people are actually disconnected. All of these effects of communication, interpretation, blah blah blah.

This revelation is fascinating because it contradicts a lot of Segall’s Laguna Beach surfer affectations, the idea that the good-looking guitar god might be more mindful of how image and exposure work than most of us realize.

Further down in the interview he suggests why operating outside of the instant-gratification, “sharable content” culture has been so crucial to his steez—”It’s also good to be questioning where the other side of where the media is coming from and why you’re paying attention and what you’re paying attention to, really, and how it’s affecting you and the whole sphere of the media itself.”

I’m reminded of a scene early on in HBO’s fantastic new limited series, The Young Pope, when Pope Pious XIII tells The Vatican’s head of publicity that he wants the lights dimmed for his public addresses, wants no photos to be taken of him, and wants to remain entirely invisible to the public. He identifies a common thread between J.D. Salinger, Stanley Kubrick, Daft Punk and Banksy— their ability to completely anonymize their image behind their art. “Absence is presence,” he says. “These are the fundamentals of mystery.”

Segall has largely embraced a similar approach to releasing his work, keeping up with our accelerating habits of media consumption by releasing music with little to no prefacing contexts, and being intentionally coy in the interviews he does give about how much intention truly informs his music. While talking to Nerdist about his last solo record, 2014’s Manipulator, Segall expertly deflected a question about the titular manipulator that allowed his coy vagaries to shield him from outing anyone specific in his life:

“There is no reference to anyone specifically, but, you know, maybe “Manipulator” is just about the character, Manipulator, of that song, and the world in which all the characters existed. It’s supposed to be like a different place with these kinds of different characters – kind of outlandish types of characters, but they are all personalities and people that you meet in various worlds. In my experience of the world of the media, music, film, stuff like that – that’s kind of my reference point. Like, the rock and roll world, but it can be taken in any way in any world, so that was kind of the idea.”

These vagaries form a protective shield around Segall, allowing him to access the intense emotions of his life for his songs without having to regurgitate them for press.

The closest he came to opening up about his origin story came after the release of 2013’s Sleeper, a largely acoustic psych-folk record he quickly penned after losing his father to tongue cancer. While talking about the record, Segall confessed that something had happened between him and his mother after his father passed, which he refused to explain, only saying that he was no longer speaking to her. The extent of what he wanted people to know can likely be gleamed from listening to the Sleeper song “Crazy.”

Ty Segall‘s biggest triumph comes from the way that it encapsulates all of the sonic touchstones Segall has come through in a package that transparently tells us where he’s been, while still making space for the fundamentals of mystery. A grainy, blown-up headshot of Segall taken by King Tuff adorns the cover, adding to the vast array of album covers featuring his face his least identifiable portrait yet (for proof that this was intentional, just look in the gatefold at all of the other, clearer pictures that King Tuff snapped).

Tapping legendary producer Steve Albini this time around allows the versatile Segall to bottle all of his gifts into a potent mix. “Freedom” captures the riffs of his Ty Segall Band concerts with a fierce clarity and immediacy that the first two-thirds of the record make space for, while the last chunk of songs expands the reach and emotion of his best pop songs. Less rushed than Sleeper, less lysergicaly battered than his White Fence split, and deeper into the still-beating heart of the sounds he loves, Ty Segall is a bold, confident statement record.

We should give Albini some credit for this—the sought-after producer has a knack for getting inside the heads of whomever he works with. “I think we share an opinion on how to make a record,” Segall told The Guardian of his time with the producer. “It’s so much fun. He just wants to help you make what you want to make. There’s no ego. He doesn’t insert himself into the situation in a crazy way; he just wants to achieve what you want to do.”

That, right there, is the hat trick of Ty Segall, both the album and the man. This is someone making tremendously muscular, virtuosic music about losing your identity inside your work, losing your ego to the larger artistic narrative.

In an age when so much discovery of art and culture happens through preordained narratives imposed upon us by corporate entities masquerading as countercultural tastemakers, Segall’s time in the trenches of all-ages spaces like Death By Audio and 285 Kent taught him how to use the mystery in avoiding traditional channels of media over-saturation and promotion to find his people another way.

Ty Segall will remind fans that digging a record without context or pretense was how it always used to be, infinitely more powerful in forging an unbreakable connection between artist and audience. It’s an approach that the rest of my generation’s artists ought to embrace. To anonymize yourself and live almost entirely within your work is the most righteous move of all. 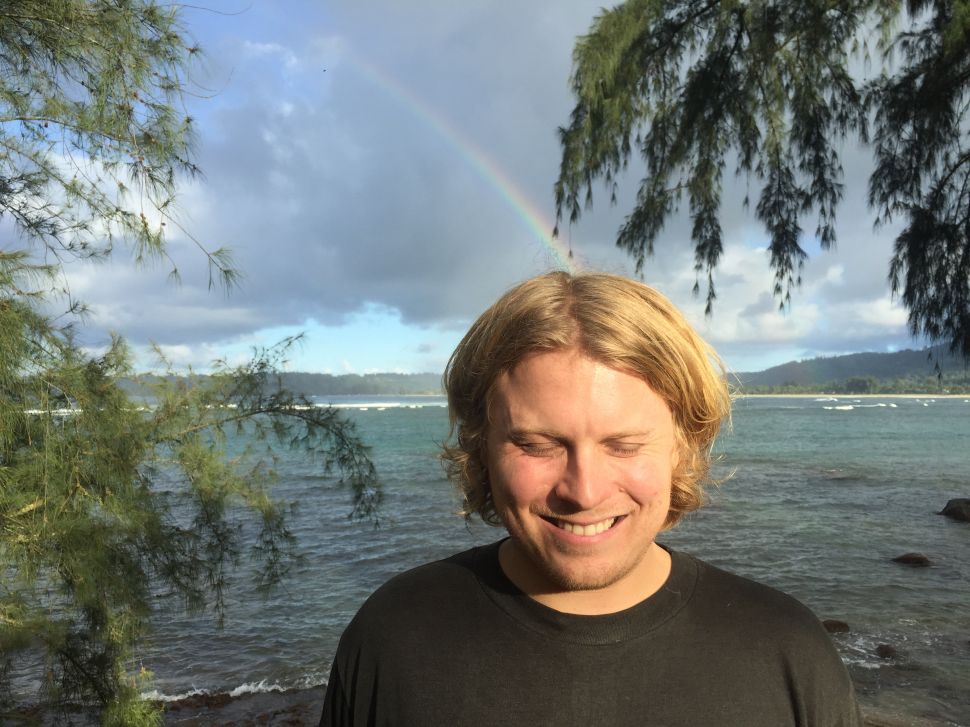