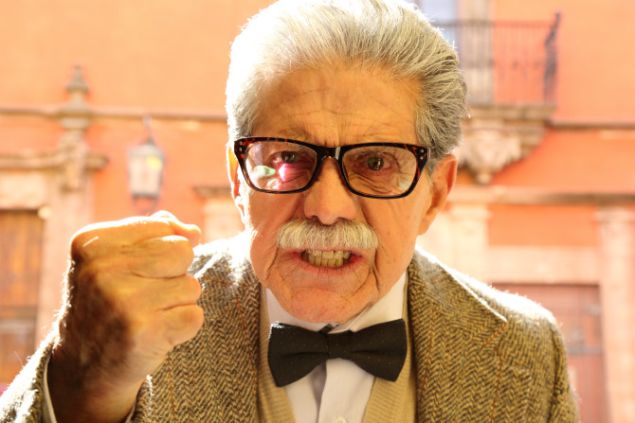 This sun-drenched Mexican comedy takes place in a world cinema has long ceded to television: middle-class bohemia and the light cross-generational conflicts it produces. It’s been a reliable source of small screen comic gold since Archie Bunker first bemoaned the presence of Meathead in his Queens living room and up through all those Friday night dinners at Emily and Richard Gilmore’s Connecticut estate. Certainly the characters in Un Padre No Tan Padre seem like they could easily be the south of the border neighbors to the Dunphys, the Johnsons or any of the other well-heeled and flustered families you might currently encounter during prime time on any given ABC weeknight.

Here the central issue is Don Servando (Bonilla), an imperious and unforgiving nonagenarian who is infuriated by anything unfamiliar, whether it’s men with feminine-sounding names like René or the fact that there are people out there who consider quinoa an acceptable thing to serve at dinner. When he gets kicked out of his retirement community, he is forced to move in with his youngest son Francisco, AKA Fran (played by the musician Benny Ibarra). That means carving out space in a hippie-like group home filled with gay people, weed smokers, vegetarians and others that offend Don Servando’s bowtie-and-cufflink existence. Before you can say, “I think Grandpa is stoned,” lessons are begrudgingly learned.

If it all seems a bit familiar, that doesn’t mean it isn’t also funny and pleasingly transporting, thanks to a game and attractive supporting cast and a transfixing setting that seems cut out of the pages of Conde Nast Traveler—the colonial mountain city of San Miguel de Allende. Unfortunately, the movie loses a fair bit of its bite and buoyancy in its third act, when a character death takes things for a sentimental turn. Moreover, Fran’s pigheaded response to his son’s budding art career feels less character driven than like a screenwriter-devised contrivance meant to add conflict to a story that is steadily losing momentum. By the time everyone is dancing at a wedding to Sister Sledge’s “We Are Family,” the creeping sense that we’ve seen this all before threatens to overwhelm the picture.

But comedies only need to be funny, not reinvent the wheel, and Un Padre No Tan Padre pulls off that trick for a good majority of its running time. There also is something genuinely comforting in these roiling times about experiencing a funny slice of life about people at such extreme cultural loggerheads finding common ground. By the time it’s over, you feel a bit like you don’t want the vacation to end even though it rained for the last few days. Perhaps some wise exec can keep things going by spinning off Un Padre into a sitcom vehicle for Tommy Lee Jones. The show would be funny, sure. But the opportunity to see the taciturn Texan eviscerate reporters asking questions at one of the biannual TCA press tours? Priceless. 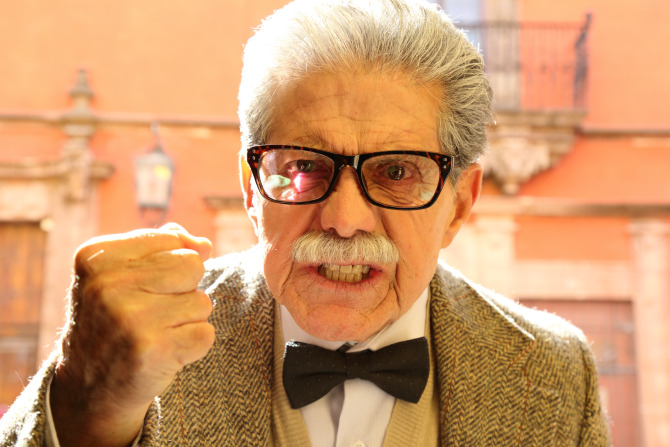