Despite the U.N.’s non-binding resolutions and the fiction propagated by the Arab world, there is no such polity as the West Bank. In 1920, the post-World War I Allied Supreme Council held an international conference at San Remo, Italy, establishing the League of Nations Mandate for Palestine, which had been known as Southern Syria under the Ottoman Turkish Empire.

In accordance with the Balfour Declaration, the League resolved to create a Jewish nation in the Mandate. It is important to note that the Mandate included all of present-day Israel and Jordan, as well as Gaza, Judea and Samaria.

Britain was entrusted to provide for Jewish immigration to the Mandate and to act as temporary trustee until full Jewish sovereignty could be established.

Contrary to the principles adopted by the League of Nations, Britain arbitrarily and willfully transferred 76 percent of the Mandate to the Emir Abdullah, creating the emirate that became known as Transjordan, what is now modern Jordan.

To partially assuage the League of Nations, Britain claimed that it still held control of the Emirate of Transjordan. A subsequent League commission in 1932 declared that the British creation of Transjordan should not impede the creation of a Jewish nation in the Mandate.

In May of 1939, yielding to Arab riots and unrest, the British government issued a White Paper that effectively denied Jewish immigration to the western portion of the Mandate. As Jews faced their darkest hours in Europe, the British government chose to renege on its obligations to both the Jewish people and the League of Nations. By 1947, faced with both Jewish and Arab insurgencies, Britain turned the Mandate issue back to the United Nations.

In 1947, the U.N. voted to partition the remaining 24 percent of the original Palestine Mandate between the Jewish and Arab communities. The Jews accepted the partition but the Arabs did not, and together with other Arab nations, invaded the fledgling Jewish state. The Jews ended up controlling the land apportioned to them by the U.N. and some pieces of Arab territory.

Many Arabs fled the war, some to get out of harm’s way, and others who were induced by Arab propaganda. At the war’s end, those Arabs who fled were not permitted to return, creating a Jewish majority in the land.

In 1967, in response to Egypt’s mobilizing for war, contravening international law and cutting off the Straits of Tiran to Israeli shipping, Israeli forces went to war against Egypt. Responding to Egyptian strongman Gamal Abdel Nasser’s claim that Egypt was winning the war, Jordan’s King Hussein entered the war against Israel.

Since 1948, Jordan had occupied the territory designated for an Arab state. Only Britain and Pakistan recognized this illegal annexation of land set aside by the U.N. partition for an Arab homeland. In 1967, Israeli forces retook the eastern section of Jerusalem that was supposed to have been part of an international city but from which Jordan prohibited Jews. The Wailing Wall and the Temple Mount, the two holiest sites in Judaism, were thus retaken not from Palestinians but from an illegal occupier, Jordan.

There never was a Palestinian state. Jordan occupied the areas of Judea and Samaria, and Egypt occupied Gaza.

Indeed, Jews lived in the area known as the West Bank before 1947, but were expelled from or massacred in their towns and villages by the Arabs. The Israelis argue that Jews are returning to areas which they previously inhabited under League of Nations doctrine, and from which they were ethnically cleansed and murdered.

While all previous U.S. administrations thought the final border should be negotiated between the two sides, the Obama administration has worked behind the scenes to help the U.N. declare the settlements illegal and an obstacle to peace.  Indeed, negotiating borders was a hallmark of the Oslo Accords.

But long before there were settlements there was communal violence against the Jews. Terrorism is nothing new, and to imply that terrorism is a consequence of the settlements is to rewrite history and blame the Jews for being victims.

Israel has shown a willingness to uproot settlements in the interest of peace. It did so in Gaza and before that in the Sinai to secure a treaty with Egypt.

Clearly, Israel cannot uproot 400,000 to 500,000 settlers without precipitating civil war, which it almost did as a consequence of its policies in Gaza.

That is something President Obama and his secretary of state refuse to admit. 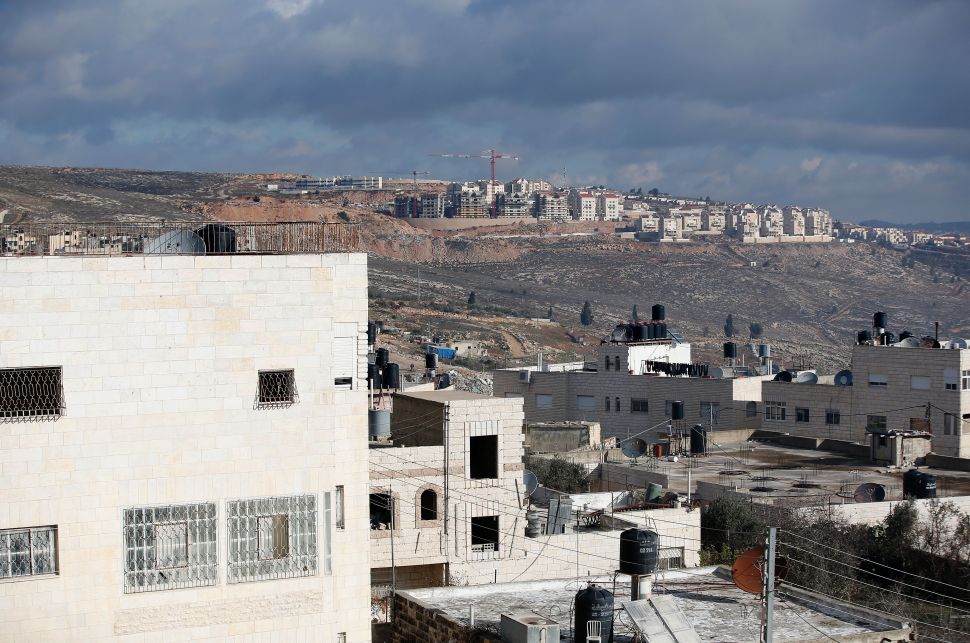