Israel is the only country in the world that does not have the ability to have its chosen capital recognized by her closest allies. It’s an exception that defies diplomatic history. Jerusalem is indeed the international capital of the Jewish People: it’s the historical capital, it’s the geographic capital, and it’s the spiritual capital. Throughout history, Jerusalem has never been the capital of any other nation at any time. Jerusalem has been the uniquely Jewish capital since the time of King David. Jerusalem was never the capital of any Arab or Muslim society—ever.

In today’s modern Israel, Jerusalem is the governmental seat of the Jewish State. It is there where the Knesset (Israel’s parliament) sits, where the Supreme Court sits, where the prime ministerial and presidential residences are located, and where most every government ministry is headquartered. The exception is the Ministry of Defense which, for good reason, sits in Tel Aviv.

Palestinians have begun to aggressively lobby against moving the U.S. embassy, using diplomatic and religious resources to spread their message. Imams in mosques around the world have been given directives to preach about the U.S. embassy in their weekly Friday sermons. Muslim clergy has been asked to give sermons invoking hate and violence throughout the Arab and Muslim world.

Their objective is to exert influence and blackmail Arab and Muslim leaders to put pressure on the White House. The buzz words embedded in the messages circulating in diplomatic circles are “repercussions” and “consequences”—code for violence, riots and terror. They also threaten that Arab and Muslim leaders seen as allied with the United States might become targets of the violence, and may even be unseated in the mayhem. These threats are taken seriously.

A direct threat has been issued stating that if the U.S. embassy is moved to Jerusalem, Muslims and Arabs will ignite an explosion of violence throughout the world. There will be attacks against Western targets, the U.S. and Israel.

Another threat is that the streets, where protests against the move will be staged in cities around the Arab world, will erupt. The fear is that Islamic regimes will resort to aggressive military and police means to put down the massive rioting. That will put these regimes in the uncomfortable position of appearing as if they are supporting the U.S. in moving the embassy.

Palestinian leadership is taking a “let the chips fall as they may” attitude. They have also announced that if the embassy is moved, they will unilaterally declare an independent Palestinian state with Al Kuds, the Arabic and Muslim name for Jerusalem, as its capital. This statement—threat—will have serious repercussions. It will almost certainly open the flood gates of terror attacks. Reports articulated the words used verbatim by Palestinian President Abbas, who urges terrorists to kill as many Israelis as possible in order to exact revenge for wanting to move the embassy.

This would, of course, force Israel’s hand. Israel will shut down all Palestinian entry into Israel, and they will prevent all goods from entering Palestine. The new Palestinian state will be separated almost totally from Israel, and Palestine cannot exist without Israel. It needs Israel for almost everything a society relies upon to survive and care for its citizens. The Palestinians have never created an organized infrastructure—they are totally reliant on Israel.

Calling for an independent state as a consequence of the U.S. moving its embassy to Jerusalem is a self-destructive overreaction. That miscalculation would effectively make the Palestinian state another Gaza. It would leave the new state with no economy and no infrastructure and the Palestinians who have secured places in the coveted Israeli job market would de facto lose their livelihoods.

Israel’s UN envoy, Danny Danon, explained the situation this way: “The Palestinians continue to threaten with more unilateral steps against Israel which we will continue to struggle against by any means. We welcome any measures taken against unilateral steps such as these.”

He continued: “The international community must make clear once and for all to the Palestinians that the only way to advance a solution is by stopping the terror and incitement and by direct negotiations between the sides.”

Palestinian leaders need to step back. Too much is at stake. Far more harm than benefit will come to the Palestinian people and the reality of a functioning Palestinian state will be pushed further and further into the future.

Palestinians can lobby away in the Western world and the Arab world, but only two nations are required to create the Palestinian state—Israel and the United States. And moving the U.S. embassy from its present location in Tel Aviv to Jerusalem is not part of the decision about Palestinian statehood. 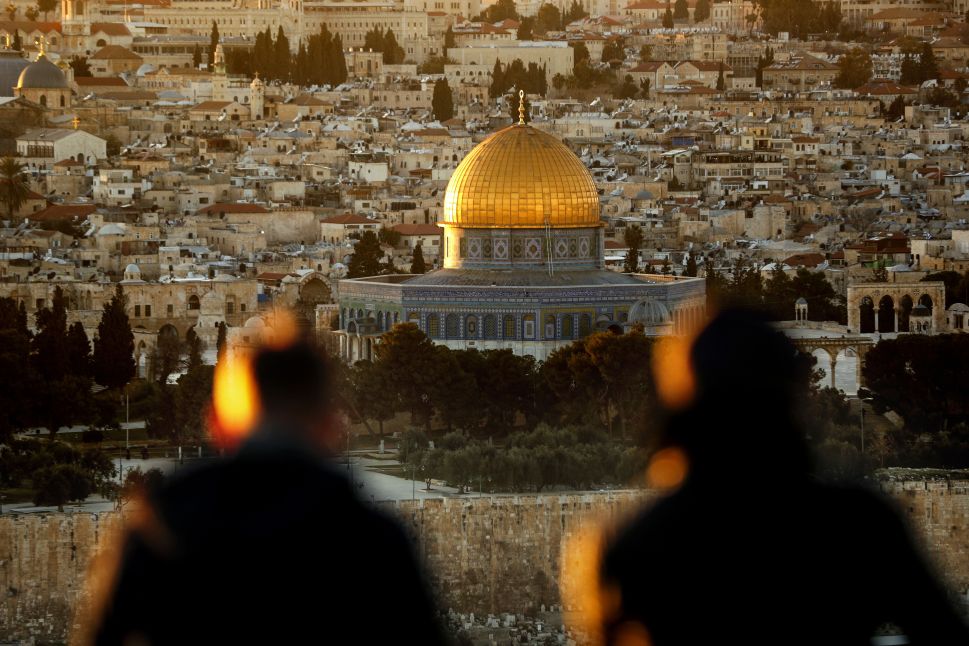