Stalkers often get a bad rap. While it’s true we should all exercise extreme caution in dealing with anyone who is obsessed with us—for whatever reason—it is possible to actually find inspiration in such situations and, in turn, benefit from it.

Being a vegan entrepreneur isn’t all peace, love and kale. We are in a rapidly-growing market segment with the same land mines that all entrepreneurs face: fierce competition, undermining rivals, betrayal and, if you’re so unfortunate, an occasional madman whose purpose in life is to inflict harm to your company. This particular style of stalker is typically motivated by jealously, the perceived threat of your growing brand, or any number of other inexplicable obsessions.

I’ve recently gone through this. As a chef/artist and creative in general, I’m still sensitive to criticism, despite receiving more than my share of it over the years. You can’t serve thousands of meals a week—especially when your product is the antithesis of what the world is accustomed to eating—without setting yourself up for the occasional beating. We can thank Yelp and the rest for these skin-thickening exercises. But when someone appears to possess, as their primary purpose in life, the goal to cause damage to your brand, it can keep you up at night.

For me, this chapter began about a year ago, when my team began receiving emails from another vegan entrepreneur I’ll call LED.

LED said he was our “main competition” and professed to know everything about the industry. I’d never heard of him or his company, and he was pleasant enough at first. His letters usually invited me to visit his business, a vegan culinary school in Europe, to discuss potential collaborations. I admire any entrepreneur, as starting a business requires passion, commitment and hard work. But a touch of humility is helpful, as well.

LED boasted his facility was the “best vegan academy in the world” and spoke as if his courses would revolutionize food across the globe. Meanwhile, the only images I could find on his website (full of typos and broken English) showed a folding table strewn with a cyclone of ingredients, a box of cornflakes and what looked like home kitchen cabinets in the background. Indeed, a local who does business near LED contacted me to describe him as “a nutter who runs a Mickey Mouse operation on Ikea trolleys.” We wished LED the best and politely declined his advances.

Things went downhill fast. Like a phantom behind the nightstand, LED began sending thousand-word emails detailing the depth of his skill set and his intent to take over the vegan world. He claimed he was opening a 20-unit vegan fast casual chain in California and expanding internationally with his educational facility. From what I saw of his small school, coupled with the fact he seemed like a poser, I wished him well and again made it clear I wasn’t interested in working with him or in the location where he does business. The brush-off didn’t go so well.

Soon after, colleagues began telling me LED was badmouthing me and my company. Not a big deal—I’d been there before. Many forwarded letters they received from him about his intent to go to “war” and “take me down.” I guess I’ve always figured this comes with the territory.

Then, comments started popping up anytime a positive article was written about me or my business. Students who attended my school after dropping out of his—because of the “train wreck of a course”—said he threatened them if they spoke about his academy. I was still receiving notes from LED, complimenting me and my brand, suggesting we should join forces, and then—five minutes later—rambling diatribes about us going to war. I was baffled and didn’t understand why this guy in a resort community where I had no intention of ever doing business cared so much about me.

Until recently, I considered LED more of a nuisance than a threat. But when he started editing my Wikipedia page (negatively), emailing my business partners, writing to editors who spoke fondly of me, harassing my admissions team under alias names, using multiple email accounts to send me harassing letters because we’d blocked him from contacting us, stalking us on social media (first responder on every platform), and literally appearing like a jackal at every corner, I realized I had a problem on my hands.

All businesses have weakness, especially those that are relatively young with a bold vision in a new market; there is no question that we have ours. We’ve made mistakes over the years, which I’ve owned and tried to fix. Still, when someone wants to define you by your shortlist of blunders—and devotes his entire life to that goal—it can become a real headache.

This situation kept me awake for nights once the full magnitude of LED’s insanity sunk in. Building and running a business is hard enough without an assassin orchestrating a full-time voodoo campaign against you. I was advised to hire lawyers, take legal action, and do whatever possible to neutralize him—and while I’m not paranoid by nature, I found myself paying attention to the trees moving around me, looking for LED. This was a unique situation and I didn’t know how to deal with it. My investors starting asking questions, my team was harassed by LED in other languages, and he made it clear in emails from his new addresses that he was reaching out to 15 journalists to slander me. He even picked up a gig to launch classes at a location we had removed from our portfolio. #tablescraps

After exploring all my options, I finally had a light bulb moment: do business exactly where LED does business—and do it with lightning speed. We made the decision that day to open a culinary academy in his resort community and, two days later, our admissions team was already enrolling students. Overnight, it became one of our most popular locations, generating more interest than our new classes being offered Paris, London, New York, L.A. and Sydney. Prospective students began requesting that we expand our class offerings to other months. Who would have known.

LED at first emailed (under a third or fourth new address) that his wife and business partner (a graduate of my online academy) stated that it was “now war.” His next email said he welcomed us to his market and it was great news. His third email said I was “a ‘pond’ [sic] and playing into this perfectly,” as if my coming to that market legitimized him. Pure insanity. Regardless, this torment resulted in a new location for our academies and will hopefully keep LED focused on his own flailing business, since he’ll finally have the competition he’s been requesting.

I’m learning to lean into challenges. When faced with someone so obsessed with disrupting your success, it’s generally smart to try to find the logic behind it, as there may be valuable information in oddball behavior. In our case, we inadvertently launched a new business in 48 hours that I never would have thought about had I not been the subject of a litany of attacks.

Thank you, LED. Not only did you tee up my next company, but you gave me one of the more valuable tools I’ve ever been handed. War never felt so good. 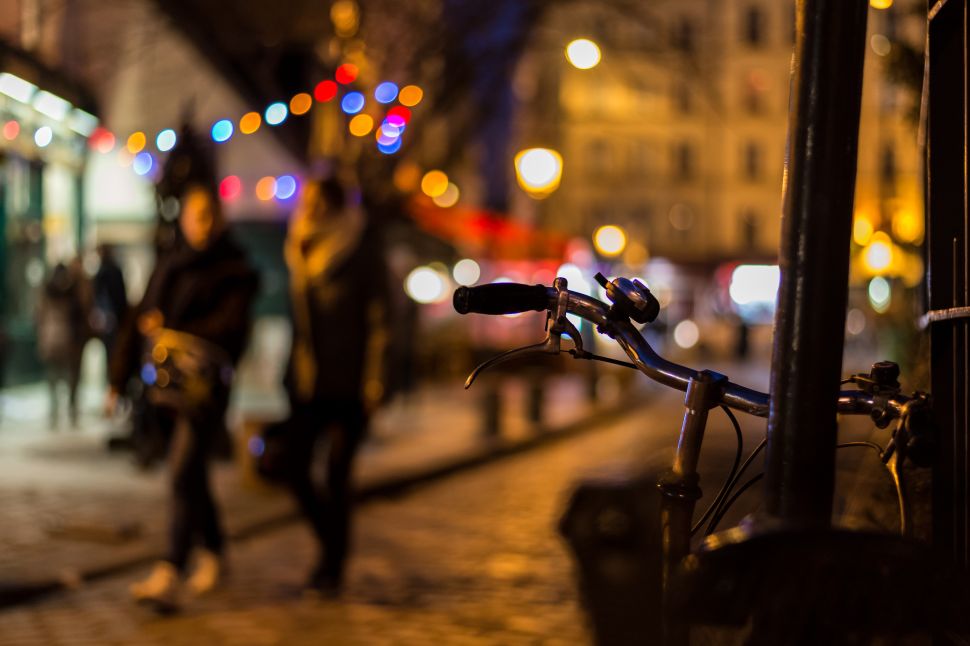